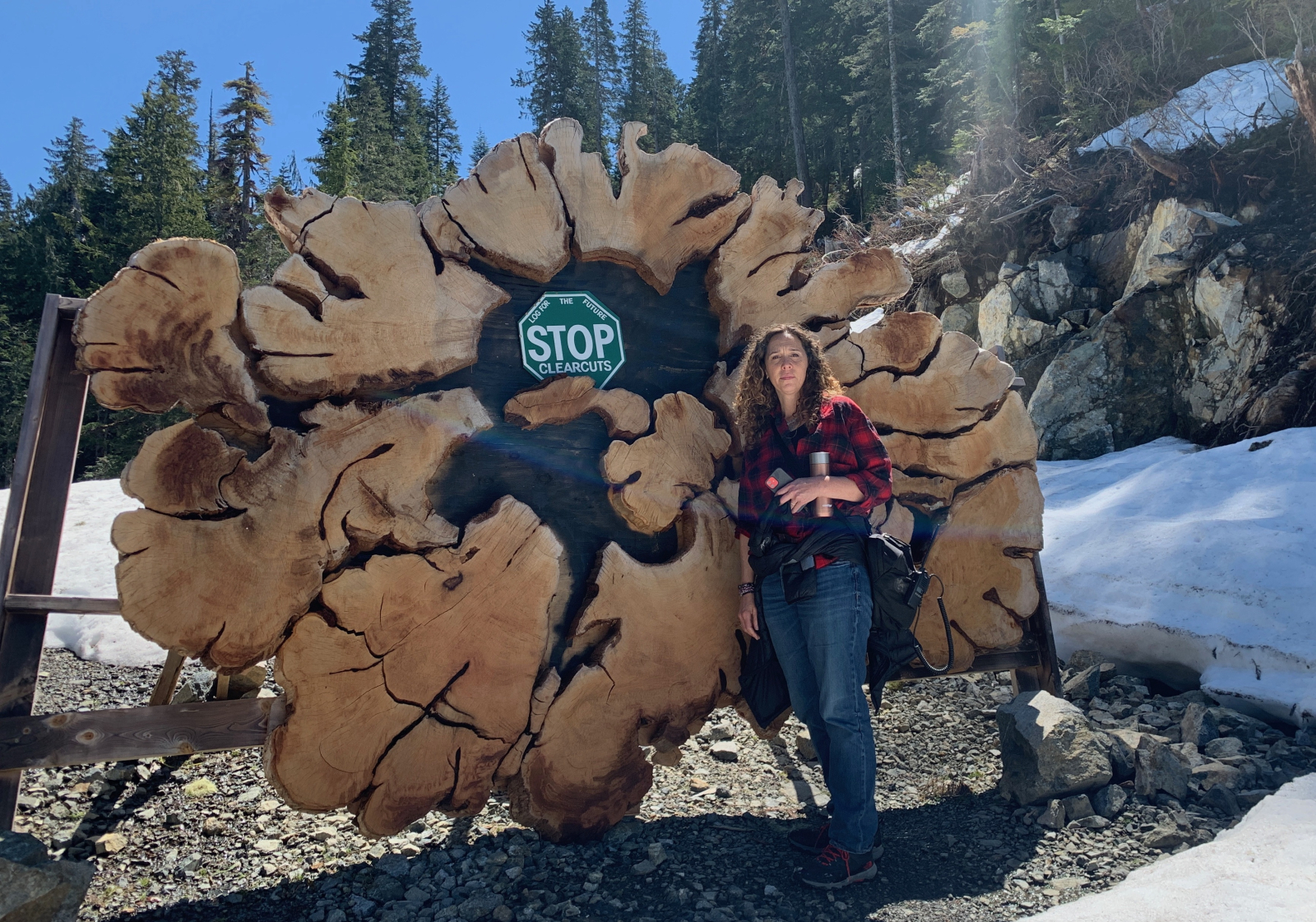 Tension continues to rise at the Fairy Creek old-growth blockade, where Tzeporah Berman was arrested last week for defying an exclusion zone being enforced by the RCMP.

Berman, Stand.earth international programs director, is no stranger to the forest front lines. In the 1990s, she was one of the organizers of the War in the Woods protest in Clayoquot Sound, which saw 12,000 people travel to support those protecting the temperate rainforest. She was arrested there, too, along with almost 1,000 others.

Now more than 50 people have been arrested at the Fairy Creek site, including xʷ is xʷ čaa, also known as Kati George-Jim, niece of Pacheedaht elder Bill Jones. The forests around Port Renfrew, which are in the traditional territory of the Ditidaht and Pacheedaht First Nations, have had numerous blockades set up since August 2020.

Canada’s National Observer caught up with Berman for a chat about the comparisons between Clayoquot Sound and Fairy Creek, where protesters are blocking Teal-Jones’s access to log old-growth trees.

First, what made you want to join the blockade at Fairy Creek?

I really think that these moments in history are rare, and that civil disobedience is a last resort. I have held out hope that the B.C. government would make good on its promise to implement all the scientific panel recommendations where experts called for immediate deferral of all logging in at-risk, old-growth areas.

For the last many months, I didn't think that this was going to be necessary, but it feels like an absolutely critical moment for me to help slow down and hopefully stop this logging from going into the most critical old-growth areas. And also elevate the issue so that more people within government see the urgency of acting on this issue.

My other concern was the pandemic. I have kids, I have elderly parents, elderly in-laws, and so I was waiting until I had my first shot, and I felt more comfortable and the COVID levels were lower.

Can you describe the current scene at Fairy Creek? What did you see?

It was astounding to me. I think the thing that I had forgotten after so many years since the Clayoquot blockade is the diversity and the range of people that you meet. One of the key organizers for the blockade is a woman who was an Olympic gold medal swimmer, one of the first East Indian women to ever receive a gold medal. I was sitting in a circle around the fire and the woman to my right is a horticulturist, the woman to my left is a local Cowichan farmer. There was another person who for most of his life has been a sawmill operator. It’s just all people from all walks of life, many who are doing something like this for the first time.

Tzeporah Berman is no stranger to the forest front lines. In the 1990s, she was one of the organizers of the War in the Woods protest in Clayoquot Sound. She was arrested there, too. #FairyCreek #Logging #BC

It's both amazing, empowering and heartbreaking at the same time.

You were one of the organizers of the Clayoquot blockade in the 1990s. How does that remind you of what’s happening today?

It’s very similar in the sense that it was one of those tipping-point moments where so many people were frustrated with the lack of government action and leadership. So frustrated that they’re willing to put their bodies on the line. It reminds me of Clayoquot in the sense that it’s this complete model of humanity, this cross-section of people who have just had enough. There’s a lot of other obvious and interesting parallels — it was an NDP government then that had promised to “protect the Clayoquot Sound.”

Back then, good organizing was about how many people you could get around your kitchen table, how many faxes you could send before your fax machine blew out. Today, we're connected to thousands, if not tens of thousands, in seconds. That’s good and bad. It's obviously good because you can get your message out, and that's really important. It's bad because there's so much noise in the system. There's so much information that people have trouble sifting through and seeing what's really happening. But I think overall, the fact that we can get images out and information out on the same day and have direct communication with people and not have to go through media outlets for that is good.

George Heyman, my MLA and

George Heyman, my MLA and Minister of Environment, needs to be put on the spot about logging the last remaining old growth on Vancouver Island, as well his government's support for LNG. Neither of these have environmental credibility. I voted for him twice, mainly because of his stance on TMX and his government's pandemic management cred. Today, he is awfully quiet.

The dilemma for many of us is that voting for the Green Party will split the vote and the BC Liberals (conservatives in Lib lycra) will waltz in again. Any semblance of habitat and species protection will disappear into a fog of rhetoric and corporate ass-kissing. Today, however, it seems all that was part of the design when you look at the proportional voting referendum sham the NDP issued last year because they felt handcuffed by an NDP-Green coalition. Now it's "vote for us or get Gordon Campbell or Christy Clark again."

Next time, if nothing changes, I will definitely consider going Green and giving the NDP my finger over cynical old school tactics and last-century industrial policy. There's not much difference between that and Campbell-Clark tactics. They are siblings on logging and LNG.