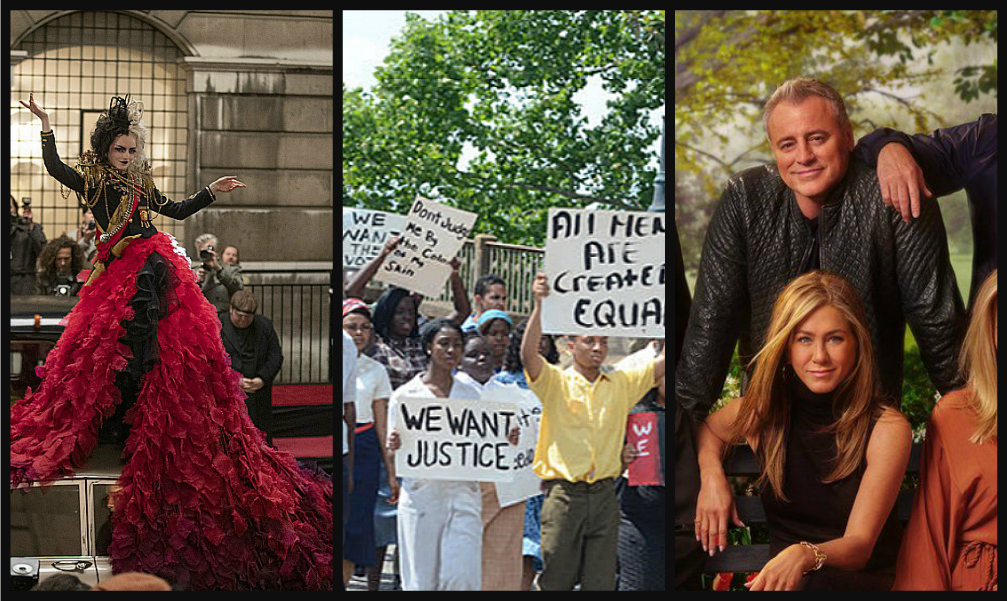 Also: An animated feature from Quebec, a tough critique of China, and a rehab scam.
Previous story
Next story

In both the U.K. and the U.S., many movie theatres are reopening. Maybe soon here, July possibly in B.C. Meanwhile, there’s a lot happening worldwide. F-9 has already made $160 million, mostly in China. Amazon is buying MGM partially for the rights to James Bond franchise and Rocky, but also for the possibility of remaking or sequelling some of that legendary studio’s classic titles.

As they say, stay tuned.

These are the new titles for this week.

Felix and the Treasure of Morgaa: 3

CRUELLA: Emma Thompson is having a great time here, Emma Stone is doing her best to keep up, and young teenage girls are sure to be delighted. Especially those who feel misunderstood and dream of a classy career. It’s not for young children, though, despite its connection to that Disney classic, 101 Dalmatians. Not that it would hurt them, just that they wouldn’t get much of it. Think The Devil Wears Prada, and you’ll peg this one properly. Stone plays Estella, who wants to be a fashion designer, but eventually turns herself into Cruella de Vil. Along the way, the image we know of her is cleaned up, a recurring procedure by Disney these days.

The story explains how she came to be the classic villain we’ve seen in both animated and live-action (as performed by Glenn Close) offerings. She’s an outsider at school, loses her mother in an accident, and heads to London where (with two street boys) lives a punky, 1970s life. One incident gets her noticed by The Baroness (Thompson), the flamboyantly imperious head of a fashion house who needs new ideas. Estella’s designs raise her stature in the company, and she learns self-worth and personal power. So far, so good. But a few revelations, and she’s moved to adopt her new name and seek revenge. So, the villain-to-come is justified. It’s well-directed by Craig Gillespie (his first since I, Tonya), and much more real-world tough than fairy tale. With British invasion hits on the soundtrack culminating in the Stones’ Sympathy for the Devil. (Disney+) 3½ out of 5

SON OF THE SOUTH: A bit player in the U.S. civil rights struggles of the 1960s makes for an informative and well-intentioned movie. It’s less intense, though, than the many films about Black rights and just life that have been coming around these last few years. Bob Zellner was the first white field secretary of the Student Nonviolent Coordinating Committee (SNCC), although we only see him answering phones in this film. We do see him meet Rev. Ralph Abernathy (Cedric the Entertainer) and activist Rosa Parks (Sharonne Lanier), so we know he contributes. But the key to his story, as told in a book he wrote, is that he’s a southern boy from Montgomery, Ala., with redneck friends around him, and a KKK member as a grandfather (Brian Dennehy). If he can join the movement, anybody should.

That’s the message of this movie directed by Barry Alexander Brown, an associate of Spike Lee, who is one of the executive producers here. Zellner, who is still an activist according to a postscript, is offended by the violence he witnesses at lunch counters and in the streets, and the punches thrown at him by a boxing coach. He joins the Freedom Riders and then volunteers at SNCC. There’s a training session shown that’s the best depiction of the movement that I’ve seen. Lucas Till has a bit too much of a movie-star look for the role (he was MacGyver in the recent revival of that series), but he’s sincere and his story of defying his hometown’s attitudes is worth telling. (Available now on demand, digitally and DVD.) 3½ out of 5

FRIENDS: THE REUNION: It’s not a movie, but it’s about the length of one, and it ends like a good one, with you a bit sad that it was coming to a close. That’s how I felt even though my familiarity with the long-running TV series is minimal. I only saw a few episodes and know Ross, Monica, Chandler, Phoebe, Joey and Rachel hardly at all, certainly compared to super fans. But there’s a joyous high that builds up through funny clips, recollections by the cast (David Schwimmer, Courteney Cox, Matthew Perry, Lisa Kudrow, Matt LeBlanc and Jennifer Aniston), by the show’s creators and a wide range of famous viewers — from David Beckham to Nobel laureate Malala to the K-Pop boy band BTS. Feelings are still strong for a show that ended 17 years ago.

They’re relived here through at least eight different techniques: new interviews, favourite incidents (getting a couch upstairs is a hoot), re-creations (a quiz for instance), outtakes (a few even YouTube hasn’t already shown), a talk-show format (emceed by James Corden), and many celebrity cameos (Lady Gaga, Justin Bieber, Cindy Crawford, and more). The film zips right along and never gets boring. It is, however, a very good backgrounder to the hugely successful series and explains what made it so appealing. As one of the originators puts it: “It’s about that time of your life when your friends are your family.” That comes across even in this reunion. (Streaming on Crave, along with 10 of the show's key episodes) 4 out of 5

FELIX AND THE TREASURE OF MORGAA is an almost classic tale in animation about a young boy searching for his father, sailing to a mysterious island with a grizzled fisherman and coming upon what may be a cult. It’s from Quebec, written, directed (and much else) by Nicola Lemay, who has a long history in animated films. Young viewers will enjoy it for its focus on family ties, but I wonder what they’ll make of its subplots about real estate promotions and a colony that purports to promote a simple lifestyle based on harmony. They seem like adult subjects.

Felix is 12; his dad has been gone for two years and is presumed lost at sea. He defies his mom, gets the fisherman to take him to “Dark Shadow Island” (through a heavy, well-animated storm) and with the help of his cat and a parrot, conducts his search. Caves, secret passages and a colony run by a woman with a secret to immortality figure in the story. It gets more and more intriguing, but also less believable, as it moves along. That and side issues like tax fraud, demolishing heritage buildings and real estate developments scatter its focus. It’s good, but simply has too much going on. (Available on demand and digitally.) 3 out of 5

DEAD PIGS: Cathy Yan’s next film is in the superhero world, but this one, which she wrote and directed, cuts into real life by showing how China has changed. (She’s from Hong Kong and Washington, and previously worked as a journalist for the Wall Street Journal.) The pursuit of money drives almost everybody, which she demonstrates in the interactions of a restaurant server (Mason Lee), and his hapless would-be investor father (Haoyu Yang) whose sister (Vivian Wu) runs a salon and lives in a house that a developer wants to buy for a housing project. American architect (David Rysdahl) has designed it.

As these and other people run into each other, the picture of modern China becomes clear. You have the rich and the poor, no surprise, but the two are constantly at odds. The poor can’t rise; the people above them don’t care and helping one another doesn’t emerge as an option. Meanwhile, pigs on farms everywhere are dying and being tossed in the rivers. That’s metaphorical obviously, but Cathy Yan’s trenchant critique of society isn’t. It culminates in a showdown as a giant excavator looms ready to smash down the woman’s home. Engrossing stuff, but with an all-too-sudden turn of events. (Streaming on VIFF Connect.) 3½ out of 5

BODY BROKERS: This is a film that should have you blustering with anger. Curiously, though, it only comes off as interesting. It’s not intense enough, and you do wonder at times if what it shows is true. And true in the way it alleges. It claims that Obama’s Affordable Care Act and its special provisions for drug rehab centres has led to an upsurge of fraud in the rehabilitation industry. Centres can make millions treating addicts, charging high fees that insurance companies pay, and maybe governments, too (that part isn’t clear). The centres recruit addicts for treatment.

The film goes beyond that, and again, I’m not sure whether this is true or not. They don’t cure addicts. They keep them hooked so that the treatment and the pay keep coming. They provide therapy and sometimes a secondary method of treatment: an implant that doctors overcharge for and get rich on. Body brokers find clients for them. That happens to Utah (Jack Kilmer) and Opal (Alice Englert) in Columbus, Ohio. First he, and later she, are flown to California (seems unlikely, too far) to the New West Recovery centre, which is run by a high-living promoter played by Frank Grillo. He also narrates in voiceovers like a salesman, with ultra-hype tendencies. Details of addiction seem real (“I never found I belonged anywhere, says one”). Another feels he doesn’t know who he is when he goes clean. But are the scams real? And widespread? Intriguing, but further evidence is needed. (Available VOD and digitally.) 2½ out of 5

Two big action flicks, and a welcome antidote with Mads Mikkelsen in Denmark