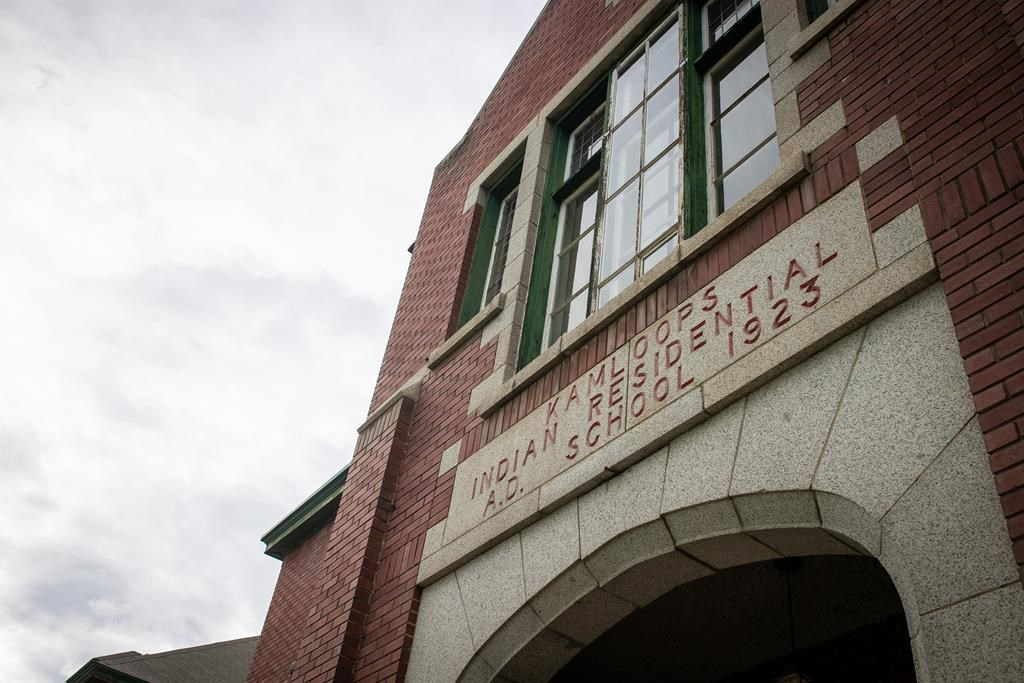 KAMLOOPS, B.C. — A First Nations teacher says the discovery of the remains of 215 children buried at the site of a former residential school in British Columbia is a triggering event for students who regularly learn about the history of wrongs against Indigenous people.

Rick Joe said a provincewide kindergarten-to-Grade 12 curriculum includes lessons on everything from respect for First Nations culture to the legacy of residential schools and missing and murdered Indigenous women and girls, so students hearing about the remains found last week in Kamloops will need support.

"This is very triggering. I have been asking for our school counsellors, for administrators and for youth care workers to take that extra time to check in on the Indigenous members," he said Sunday.

Joe is particularly concerned about First Nations foster children who are overrepresented in the child welfare system and include those whose families were forcibly taken to residential schools like the one in Kamloops, the largest such facility in Canada until 1969, when its operations were transferred from the Catholic Church to the federal government. The facility was then run as a day school until it was closed in 1978.

Joe, who is a high school teacher in Chilliwack and works with First Nations students, said he has seen the sadness of generations of racism turned into anger among those he mentors.

He said young students will have to contend with intergenerational trauma, for which they'll need support in coming days as more details emerge about the buried children who were believed to be as young as age three.

Joe was at a previously scheduled meeting of teachers on Saturday when the discovery was being discussed, and said he knew he had to call for some kind of action by educators to raise awareness of the pain inflicted on Indigenous Peoples.

"Everyone's going to hurt, not just First Nations or Aboriginal children," he said.

He made a motion at a scheduled meeting of educators on Saturday that teachers wear orange and gather to walk into their schools together at the start of each day this week and that flags be lowered to half mast.

Teri Mooring, president of the B.C. Teachers' Federation, said the union endorsed the call and teachers will be taking action to show students there needs be a response to the heart-wrenching discovery.

Mooring said school administrators and support staff should also be included in sensitivity training when it comes biases that lead to racism, which is part of the education system, the same as in other parts of society.

She said the teachers' collective agreement includes a move to work toward increasing hiring of Indigenous teachers as universities offer more education programs for those looking to enter teaching as a career.

Chief Rosanne Casimir of the Tk'emlúps te Secwépemc First Nation has said the discovery in Kamloops was confirmed with the help of ground-penetrating radar and that more bodies may be found because the entire school grounds have not yet been searched.

Eric Simons, a PhD student in anthropology at the University of British Columbia, said the radar would have identified 215 grave shafts, not actual bodies, as well as changes in the soil, with some of it being more compressed.

Simons said he's been working with a First Nation at the site of a residential school on Penelakut Island where children's remains are believed to have been buried between 1890 and 1975, when the facility was closed.

Much more work is left to be done at the site on one of the Gulf Islands in B.C., he said of the island previously known as Kuper Island, before it was renamed about a decade ago in honour of the Penelakut First Nation.

It's hard to say what next steps will be taken to try and identify remains at the former residential school in Kamloops, and each First Nation would decide on how to deal with the burial site depending on their cultural protocols, Simon said.

The flag at Vancouver city hall and park board facilities was lowered Sunday to half-mast, as were flags in various other communities and on federal and provincial buildings.

Mayor Kennedy Stewart said he would be speaking with the province's Indigenous Relations and Reconciliation Minister on Sunday evening to discuss how the city and B.C. could work together to "advance reconciliation and truly begin to reckon with the full history of genocide in Canada."

"The legacy of this violence remains with us to this day, and it is incumbent upon all non-Indigenous Canadians to not only atone for this legacy but also help with the hard work of reconciliation," he said in a statement.

The Ministry of Indigenous Relations and Reconciliation said B.C. residents are mourning alongside the Secwépemc and all families impacted by residential schools.

"In responding to this situation, the province is taking our lead from the Tk’emlúps te Secwépemc. We offer them our full support," the ministry said in a statement.

This report by The Canadian Press was first published May 30, 2021.