Why a Japanese delicacy grows near old B.C. internment camp 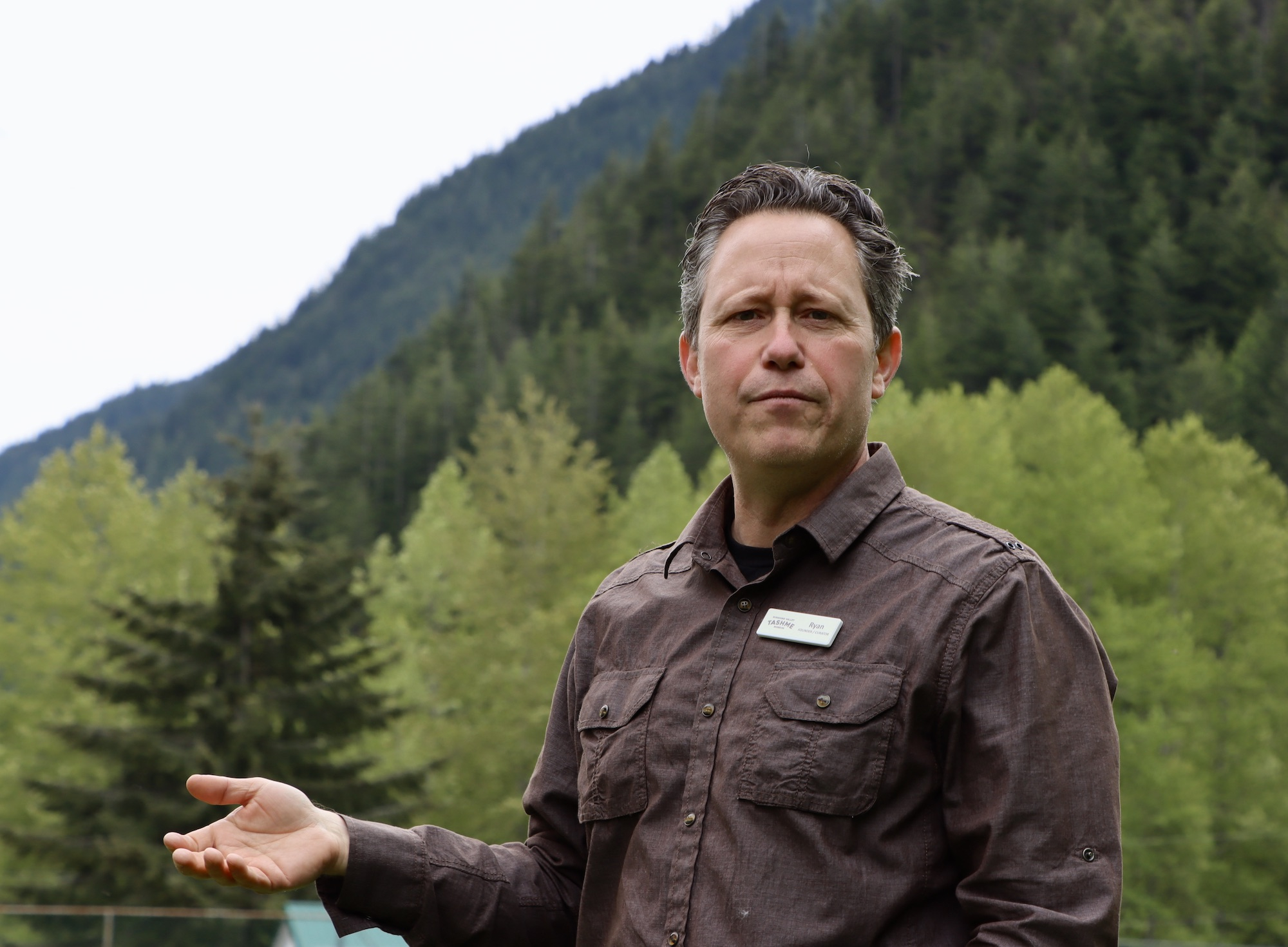 Deep in a remote B.C. valley, a prized Japanese vegetable grows wild, its carpet of tea plate-sized leaves a living testament to the internment of thousands of Japanese Canadians during the Second World War.

Fuki, or Japanese butterbur, is a perennial plant native to Japan with rhubarb-like stems that are popular cooked in stir fries or dashi, a kelp-based broth. First introduced by Japanese settlers in the early 20th century, by the 1930s, the vegetable was common in the gardens of Japanese Canadian families from Steveston to Prince Rupert.

During the Second World War, it became crucial: In 1942, racist federal policies dispossessed thousands of Japanese Canadians of their homes, boats, and property and forced them into remote internment camps. Fuki seeds and roots were one of the few items sympathetic — and usually white — former neighbours could mail or deliver to the camps without government interception.

“A lot of (interned) Japanese Canadians wrote back to their (former) white neighbours and asked them: 'Would you do us a huge favour and send fuki roots or fuki seeds?' And neighbours or friends would (then) either drive up or ship out the fuki seeds,” said Ryan Ellan, curator at the Tashme Museum in Sunshine Valley, roughly 16 kilometres southeast of Hope, B.C., at the site of the former Tashme Internment Camp.

The camp — Canada's largest — was home to about 2,644 people at its peak and was the most remote, connected to Hope only by a rough forest track. The present-day highway, B.C. Highway 3, hadn't yet been built: Tashme was created to house the wives, parents, and children of Japanese Canadian men forced to live in bush camps and build its foundations.

During the war, the federal government also imposed a 160-kilometre exclusion zone along the B.C. coast that Japanese Canadians couldn't enter without risking imprisonment. Its easternmost edge lay roughly halfway between Tashme and Hope, preventing the camp's incarcerated residents from visiting the town.

Isolation, harsh weather (the valley gets about 14 metres of snow each winter) and strict government control of everything that entered the camp transformed fuki into an important food, Ellan said

About 90 per cent of the camp's food was shipped in from elsewhere in B.C. and rationed by the federal government officials who managed the camp. Cash was prohibited, forcing residents to rely on government-issued coupons for goods that could be produced on site, like pork, miso, soy sauce, or root vegetables.

“It became a staple food because it's easy to grow. It came back yearly, the community were on tight government quotas for food and meat, and you needed a supplement,” he said.

Deep in a remote B.C. valley, a prized Japanese vegetable grows wild, its carpet of tea plate-sized leaves a living testament to the internment of thousands of #JapaneseCanadians during the #SecondWorldWar. #BC #InternmentCamps

Fuki remains common in Japanese cuisine, where it is quintessential spring food used in tempura or sauces. The vegetable is only sold at a few Japanese groceries in Vancouver, explained Hidekazu Tojo, head chef at Tojo's, one of Vancouver's top Japanese restaurants.

But for those who know where to look, it can be found outside specialty stores and former internment camps.

“I found it at the bus stop,” said Yota Kano, a Prince Rupert, B.C., resident originally from Japan, and an avid forager. “In these COVID times — last year, maybe this year — I cannot go back to Japan. These plants remind me of (Japan) and are a good medicine for homesickness,” he said. Fuki was probably first introduced to the northern B.C. city by Japanese Canadian fish harvesters and cannery workers in the early 20th century, he speculated.

The vegetable can also be found growing wild near former internment camps across Interior B.C., far from the Pacific coastline and the Sunshine Valley.

Once they had established fuki fields near their internment camp homes, Tashme internees distributed the seeds and roots to friends and relatives in other camps.

“It now grows wild in most (former) camps,” he explained — including in Sunshine Valley.

After the Tashme camp permanently closed in 1946, the valley was mostly overlooked by the parade of business people and real estate developers who owned the area between the 1950s and 2007, when it was bought by the current owners. For years during that time, former internees were asked to leave by the former landowner and the few buildings that remained — a barn, a butcher's shop, the RCMP station — fell into disrepair.

In 2008, the valley's new landowners asked Ellan — a screen printer by trade — to move to the valley and offered him the camp's former butcher's shop as an office, then on the verge of demolition. Originally from Steveston, Ellan was family friends with many former Japanese Canadian internees and knew of the valley and building's internment history.

He soon became fascinated by it, diving into archival records and partnering with the Nikkei National Museum and Cultural Centre to transform the camp's old butcher's shop into the present-day Tashme Museum. Within a few years, he started welcoming Tashme survivors and their families who wanted to visit the former camp.

Showing them the fuki that now grows wild in lush fields throughout the valley and brings back memories is one of the best parts of the job.

“When Japanese Canadian seniors (visit), I show them the wild fuki. They haven't seen it since 1946... Their eyes light up to see wild fuki ... that's still growing — it's like a flashback because they can remember their parents harvesting it,” he said.

This is so interesting!! My

This is so interesting!! My ex-husband and I grew fuki on part of the acre we lived on in south Surrey. As it was surrounded by tall mature forest, the plants grew to aboout 4 feet tall, and the leaves were huge. I learned a lot about Japanese cooking first-hand, and didn't quite delve into the intracies of all the ways fuki can be cooked. Thanks so much, National Observer, for this most fascinating peek into our little-known history!!

Be careful with this, fuki or

Be careful with this, fuki or Petasites japonicus is classified as an invasive...something the author might have noted in the article. https://uvicpermaculture.wordpress.com/2017/06/09/plant-project-fuki/