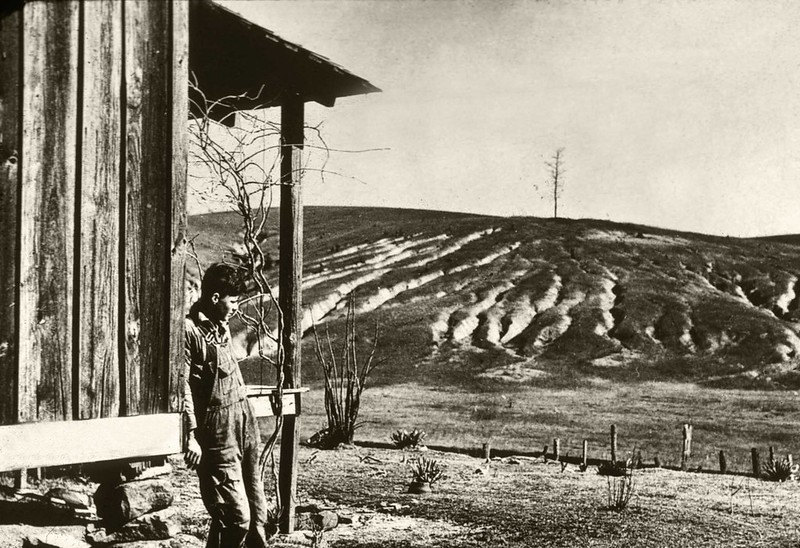 In the 1930s, harmful agricultural practices transformed much of North America's Prairies into a dustbowl. Similar degradation to soils, oceans, and forest has since expanded worldwide and must be reversed, according to a new UN report. Photo by USDA / Fl
Previous story
Next story

The world must restore at least two billion hectares of land and ocean — an area roughly double the size of Canada — to prevent the planet from falling deeper into an ecological crisis fuelled by unchecked economic growth, warns a UN report released Thursday.

Humans are using nature about 1.6 times faster than it can replenish itself, with farmland, forests, and oceans that feed the world bearing the heaviest scars. Restoring these degraded ecosystems is essential to prevent widespread hunger and ecosystem collapse, according to the UN Environment Program (UNEP) and the UN Food and Agriculture Organization (FAO).

“Degradation is already affecting the well-being of an estimated 3.2 billion people — that's about 40 per cent of the world's population,” wrote Inger Andersen, UNEP executive director, and Qu Dongyu, FAO director-general, in the report's forward. Every year, the world loses ecosystem services, like the carbon sequestration provided by forests, worth more than 10 per cent of the planet's economic output.

“If we can manage to reverse this trend, massive gains await us,” they wrote.

Ecosystem restoration is the process of halting and reversing degradation to soils, water, plants, and animals. A relatively new science, restoration encompasses a swath of practices, from reforestation to regenerative agriculture. Reliable international monitoring of restoration efforts is also key, both to track progress and attract investment into restoration initiatives, the report notes

The UNEP and FAO estimate global terrestrial restoration efforts would cost at least $240 billion per year by 2030. Every dollar invested would generate up to $36 in economic benefits, in addition to improving food security for billions of people and curbing the risk of future pandemics and mass extinction. They could also contribute over a third of the carbon sequestration needed by 2030.

“We're now in a situation where we're losing biodiversity and the carbon stored in natural ecosystems so rapidly that we have to go beyond conservation,” said Tim Christophersen, head of the UNEP nature and climate branch. “Of course, we have to conserve what we have left, but we also need to massively invest in what we have lost.”

The largest gains can be made by changing how we grow, distribute, and dispose of food, he said.

About 80 per cent of the world's arable land is impacted by at least one type of soil degradation, such as aridity or the loss of soil carbon. The problem has been fuelled by harmful farming practices, like the widespread excessive use of artificial fertilizers in industrial agriculture, he explained.

Oceans are in even rougher shape: About two-thirds of marine ecosystems are damaged or degraded, and a third of the planet's fish stocks are overharvested, according to the report. Driven primarily by large-scale industrial fishing, the crisis has severe impacts on the millions of people — many of them small-scale, sustainable fish harvesters — who depend on seafood for protein.

The world must restore at least two billion hectares of land and ocean — an area roughly double the size of Canada — to prevent the planet from falling deeper into an ecological crisis fuelled by unchecked economic growth, warn @UNEP and @FAO

Moreover, food waste is responsible for about six per cent of the world's greenhouse gas emissions. Over half of it is generated during the journey from farm to fork, noted a 2020 report by Oxford University's Our World in Data.

Our current economic model is predicated on dominating nature and unsustainable resource use, he explained. It must end. Instead, the world needs to shift to an economy that focuses on stewarding nature — a “fundamental shift,” he noted, in how humans relate to their environment.

It's a philosophical, legal, and economic shift similar in scale to the widespread implementation of human rights a century ago. The idea that universal human rights could be enshrined in law barely existed in the early 20th century. Despite the continued human rights violations worldwide — including in Canada — they remain far more present than in the 1920s, he said.

A similar transition is needed to repair how humans inhabit the natural world, he said.

“We're in a similar situation now in our relation to nature. We can see that it is no longer working. We need a new relation with nature, and we need to invest in nature.”