Golfing buddy of Vance has power over military police investigations 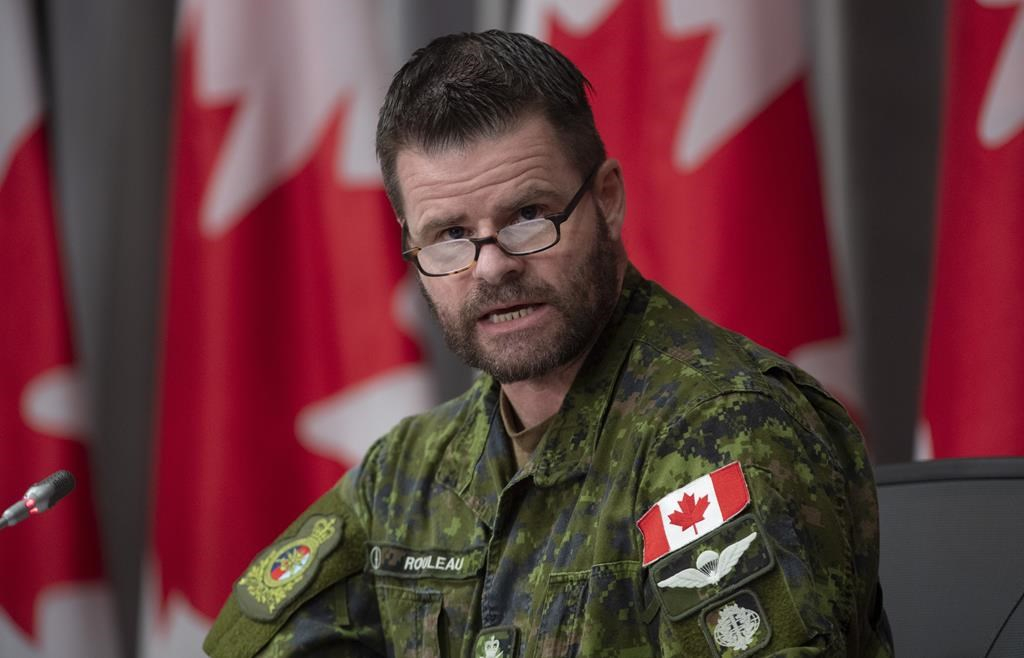 One of the senior military officers who golfed with former chief of the defence staff Jonathan Vance has the power to direct military investigations — a power recently flagged by a retired Supreme Court justice as a threat to police independence.

The game came as Vance is under military police investigation on allegations of sexual misconduct, and despite Rouleau having the power to issue orders to the Canadian Armed Forces’ top police officer, Provost Marshal Brig.-Gen. Simon Trudeau.

Since controversial changes were made to the National Defence Act in 2013, those orders have included the ability to "issue instructions or guidelines in writing in respect of a particular investigation."

That unique power to intervene in military police investigations was flagged in an occasionally scathing report on the military justice system by retired Supreme Court justice Morris Fish.

The report was released on June 1, one day before Rouleau and Baines hit the links with Vance.

Fish in his report said such orders are supposed to be made public, and that he was unaware of a vice-chief having issued such guidelines.

But he added that the provost marshal can decide not to reveal the orders if he decides. Fish went on to say the provision "significantly encroaches on police independence," and called for it to be repealed.

"The threat posed by this provision is even greater than the threat from the authority of the (Judge Advocate General) to issue particular directives to the (director of military prosecutions)," Fish wrote.

"This power ... may prevent the constitution of any evidentiary record to begin with."

Rouleau, who was set to turn the vice-chief position over to Lt.-Gen. Frances Allen and move to a new role advising acting defence chief Lt.-Gen. Wayne Eyre, could not be immediately reached for comment on Sunday.

In a statement, Simon Trudeau said Rouleau "has not issued any instructions or guidelines to the Canadian Forces provost marshal in regards to any ongoing military police investigations," including those involving Vance and other senior leaders accused of sexual misconduct.

"The Canadian Forces provost marshal has full command over the (Canadian Forces National Investigation Service) and is independent of the chain of command in the conduct of his policing duties," he added.

Fish's call to repeal the vice-chief's power was not one of the recommendations the government and Defence Department said they would immediately implement when his report was publicly released earlier this month.

However, Sajjan's office said it has been accepted in principle.

"Our members and employees deserve institutions in which they can have full confidence, and we are working to deliver reforms that will bolster our members’ confidence in the military justice system," Sajjan spokesman Todd Lane said in an email.

Fish also recommended that the provost marshal be appointed by cabinet and report to the defence minister rather than the chief of defence staff.

Vance is accused of having an inappropriate relationship with a subordinate, Maj. Kellie Brennan, that started in 2001 and continued after he became Canada’s top military commander in 2015.

He is also accused of having sent a lewd email to another soldier in 2012.

The allegations were first reported by Global News in February after Vance stepped down as defence chief. Those reports sparked a number of other complaints of inappropriate sexual behaviour by senior military officers, some of which have also led to police investigations.

A parliamentary committee heard explosive testimony in April from Brennan that Vance told her that he "owned" the military police. The provost marshal told the same committee in May that he was independent from the chain of command.

Vance has denied any wrongdoing.

Charlotte Duval-Lantoine, an expert on sexual misconduct in the military at the Canadian Global Affairs Institute, said the fact Rouleau has the power to intervene in military police investigations makes the entire golf game especially troubling.

"At first I thought it was the usual bad optics and the common issue of senior officers not really behaving in ways that are consistent with their message," Duval-Lantoine said.

"But then you lift that first layer to reveal a very serious conflict of interest: Rouleau can intervene in the investigation. Now the question becomes: has he? Just that single drop of doubt will undermine the credibility of the outcome of the investigation, no matter what the outcome."

Prime Minister Justin Trudeau sidestepped questions about the golf game and the message it sends to victims of military misconduct during a news conference following the G7 summit in Britain.

"The two men in question need to answer those questions for themselves," he said. "But I know that the minister of defence is following up with the acting chief of defence staff on this issue."

The Defence Department in a statement said: "We recognize the seriousness of the matter and, as such, we will gather facts and advice in order to determine next steps."

For his part, Baines apologized in a message to members of the Royal Canadian Navy on Sunday.

"I fully accept responsibility and accountability for not understanding how such a public display of support sends the wrong signal as to my commitment to lead in resolving our systemic cultural and misconduct issues," he said.

Revelations about the golf trip sparked immediate condemnation from parliamentarians, including Infrastructure Minister Catherine McKenna, who described it on Twitter as "appalling."

Conservative MP Michelle Rempel Garner took aim at Sajjan, urging McKenna to call the defence minister out for not doing more to address such behaviour.