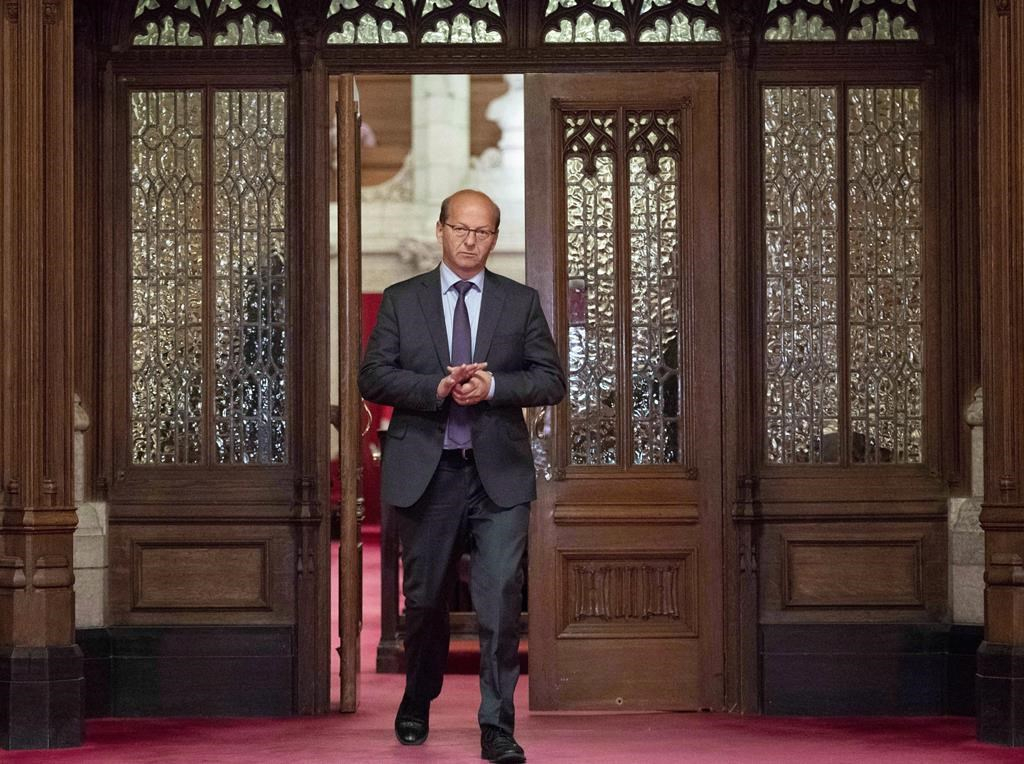 A landmark piece of Liberal legislation aimed at harmonizing Canada's laws with the United Nations Declaration on the Rights of Indigenous Peoples has passed third reading in the Senate, paving the way for the bill to be enshrined into law before a possible federal election.

Bill C-15 cleared the Senate Wednesday with a final tally of 61-10 with nine senators abstaining.

The UNDRIP bill got a rough ride in the Commons and in the Senate, with Conservatives in both chambers raising concerns about potential negative impacts of the legislation.

Conservative MPs voted against the bill, arguing it would give Indigenous people a "veto" over natural resource projects.

In the Senate, some Conservative senators brought forward concerns of six Tory premiers who expressed strong reservations about how the federal bill could affect provincial laws and areas of jurisdiction.

With a federal election potentially on the horizon, the bill needed to pass before Parliament rises for the summer next week to keep it from dying on the order paper for a third time.

The passage of this bill in the upper chamber means it will soon receive royal assent — a milestone National Chief Perry Bellegarde of the Assembly of First Nations says marks an important day for First Nations, Indigenous Peoples and all Canadians on the path toward reconciliation.

"Canada must now take all measures necessary to ensure that the laws of Canada are consistent with the United Nations Declaration on the Rights of Indigenous Peoples," Bellegarde said in a series of tweets reacting to the Senate vote.

"UNDRIP will help right the injustices of past, and ensure that Indigenous Peoples have a bright and prosperous future in Canada."

The next step, Bellegarde says, is for Canada to prepare an action plan to implement the legislation, which is mandated in the bill. He stressed this must be done "in consultation and co-operation with Indigenous Peoples."

C-15 represents the third attempt to have Parliament approve implementation of the UN declaration in Canada.

Former NDP MP Romeo Saganash introduced two private member's bills to implement UNDRIP, the first defeated at second reading in the Commons in 2014 and the second stalling in the Senate just before the 2019 election.

The Liberals turned Saganash's bill into a government bill last year and have been championing it as a way to create laws and policies that are co-developed at their outset with Indigenous rights holders, rather than consulting after the fact on laws and initiatives that could affect them.

It also spells out the need for free, prior and informed consent (FPIC) from Indigenous Peoples on anything that infringes on their lands or rights.

Conservatives repeatedly raised alarms that the bill did not include a definition of consent, and that this could mean one First Nation could unilaterally put an end to a pipeline or resource extraction project, even if multiple other Indigenous rights holders were on board.

In a recent interview with The Canadian Press, Justice Minister David Lametti said no definition was delineated in the bill because every individual situation will be different.

"There can't be (a definition). It's so contextual," he said.

Traditional governance structures and the way Indigenous communities exist and make decisions are vastly different across Canada. Each situation will require a different and nuanced approach.

"It is because of that complexity that you can't set out one definition and say, 'Well, if you talk to X number of groups, that will be good enough,' it just won't work," Lametti explained.

"What we're trying to do is treat FPIC as a process, which I think is true to the wording in the declaration itself, and really put the onus on non-Indigenous governments, non-Indigenous resource developers, private industry, whoever — to meaningfully consult with Indigenous Peoples in whatever context is appropriate."

On Tuesday evening, Conservative Senator Claude Carignan tried to make some 11th hour changes to the UNDRIP bill, in an attempt to reflect the concerns of Conservative premiers pushing back on the federal law.

They also wanted it spelled out in the act that there would be an obligation to consult with the provinces in preparing the national action plan to achieve the objectives of the UN declaration.

The action plan must be delivered no later than two years from the day the law comes into force.

Carignan's amendments did not pass, but Indigenous Services Minister Marc Miller said Lametti and Crown-Indigenous Relations Minister Carolyn Bennett had a "swath of conversations with premiers" leading up to the passage of this bill and that their concerns and views are ones Ottawa "respects."

Miller said some believe the bill will have sweeping negative implications, while others may have their hopes set too high when it comes to what it will mean in practical terms.

"It’s not the be-all and end-all," Miller said.

"But it is, in my mind, the very beginning of a process where Indigenous Peoples are at least afforded the same point in the starting line … a very, very important starting point as part of a very difficult (process) and along the linear path of reconciliation."