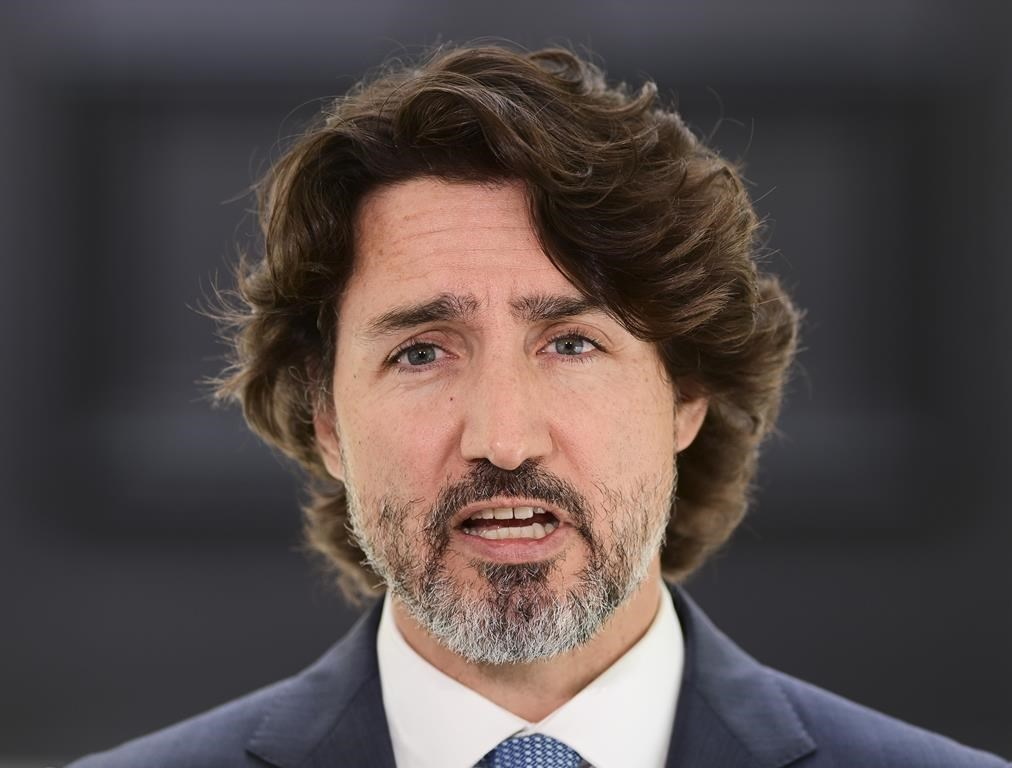 The Liberals have accused Parliament of becoming toxic to their minority agenda while the Opposition Conservatives say Canada's institutions are broken under the Trudeau government — finger-pointing that fuels growing speculation voters may soon head to the polls.

Prime Minister Justin Trudeau and his ministers are calling out Conservatives for using procedural delay tactics to stop votes from happening on outstanding pieces of legislation, which time is ticking on to pass before the House of Commons breaks for summer on Wednesday.

One bill that did clear a legislative hurdle Tuesday was the government's proposed ban on the widely condemned practice of trying to change someone's LGBTQ identity to heterosexual, which the Liberals reintroduced last fall after proroguing Parliament over the summer.

The conversion therapy ban passed the House in a 263-63 split, with only Conservative MPs along with former party member and Independent MP Derek Sloan voting against.

With 62 out of 119 Conservatives coming out against the bill, aimed to protect those who are LGBTQ from experiencing the harmful act, Leader Erin O'Toole has to reconcile the vote with his message on social issues and that he is modernizing the party to appeal to more voters whenever the next election happens.

Uncertainty around where former leader Andrew Scheer stood on LGBTQ issues, as well as around abortion, dogged him during the 2019 campaign.

Since becoming leader, O’Toole has repeatedly said he is pro-choice and stands up for LGBTQ rights. On Tuesday, he voted in favour of the conversion therapy ban, while Scheer and deputy leader Candice Bergen did not.

In a statement issued following the vote, party justice critic Rob Moore reiterated the Conservatives want conversion therapy banned, promising to do so if the Liberals fail to get their bill into law.

The party also added there are concerns that the Liberals' definition of the practice is too broad. Some of its MPs say as it's written, the proposed law threatens to infringe on the ability of people to speak freely about sex and gender issues.

"Conservatives are committed to ensuring protections are in place to ban conversion therapy in Canada and that the law targets coercive practices, and not conversations," Moore's statement read.

Earlier in the day, Trudeau said he welcomed parliamentary scrutiny of the government's work.

But, he said, he found it troubling to see opposition MPs recently bring the head of the Public Health Agency of Canada to be publicly shamed before the House of Commons using parliamentary rules for a failure to release information.

Trudeau said the admonishment of PHAC president Iain Stewart, who he pointed out has steered the agency through the COVID-19 pandemic, was done for "purely partisan political purposes."

"We have seen a level of obstructionism and toxicity in the house that is of real concern," Trudeau said outside of the steps of Rideau Cottage, where he's quarantining under COVID-19 rules after a trip to Europe to attend international meetings.

In a statement, New Democratic Leader Jagmeet Singh pushed back against the allegations, saying "if the PM goes to an election, it’s not because the House doesn’t work, but because it’s a play to try get more power."

The Conservatives added the Liberals' argument lacks credibility given that last summer the government prorogued Parliament to prevent committees from digging any further into its WE Charity contract controversy, which reset the legislative agenda.

Conservative foreign affairs critic Michael Chong also pointed on Tuesday to the fracas over the unredacted lab documents. He said the government and agency's repeated failure to hand them over, despite being ordered by the Commons to do so, is part of the proof that the system under Liberal governance is broken.

"The pandemic has laid bare the state of our institutions," he told the House.

Chong detailed how scandals have led to Canada currently being without a governor general and eight top military officials leaving their posts over fallout from misconduct allegations.

October will mark two years since Trudeau was re-elected to power after first forming a majority government in 2015.

The Liberal's budget implementation bill is among the pieces of legislation still being debated in the House.

Trudeau said his government's bill to enshrine Canada's goal to get to net-zero emissions by mid-century — introduced last fall — can happen with the help of the Bloc Québécois and NDP.

The Liberals also touted their progress on gun control Tuesday, with both Trudeau and Public Safety Minister Bill Blair highlighting two provisions of a 2019 law that are set to come into effect July 7.

Gun licence background checks will cover a lifetime rather than the last five years, and an authorization to transport will be required for restricted and prohibited firearms to most locations.

In a late-night session of Monday's sitting of the House, the Liberals’ proposed changes to Canada's Broadcasting Act were adopted at third reading to be sent to the Senate.

Conservative MPs have been vehemently opposed to Bill C-10 and voted against it, saying it gives the government powers to regulate Canadians' social media and it's an attack on free speech.

This report by The Canadian Press was first published June 22, 2021.