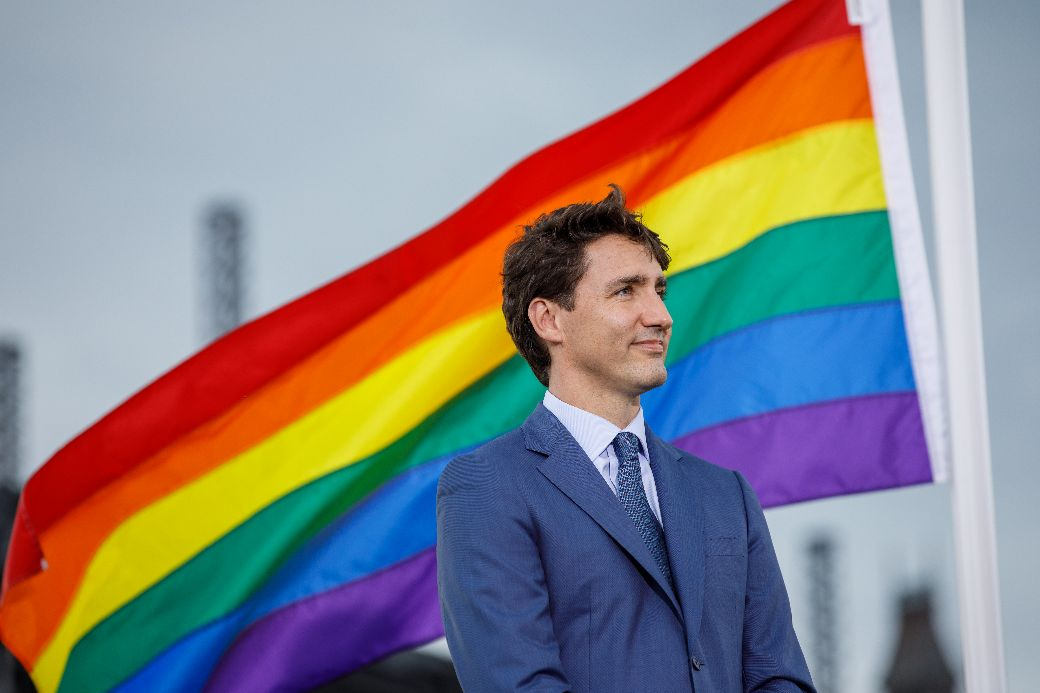 Peter Gajdics still carries the emotional scars from participating in conversion therapy more than two decades ago. As a 24-year-old in the 1990s, the B.C. resident, writer and advocate went through six years of the pseudoscientific treatment with a licensed psychiatrist.

“I had already come out as gay before I met this psychiatrist,” Gajdics said. “After starting counselling with him, he told me that my history of childhood sexual abuse had created a false homosexual identity.”

The psychiatrist’s goal was to “correct the error” of his sexual orientation, according to Gajdics. This involved primal scream therapy, aversion therapy and injections of the sedative ketamine hydrochloride.

Gajdics said he was prescribed “near fatal” levels of medications, which resulted in an overdose.

“I still consider it a miracle I didn’t die. I left these six years shell-shocked,” Gajdics said. “It was not so much that I wanted to kill myself as I thought I was already dead.”

Gajdics shared his story with the House of Commons’ standing committee on justice and human rights Tuesday in hopes of getting Bill C-6 passed.

The bill, introduced in Parliament last fall, seeks to ban conversion therapy for minors as well as make it illegal for an adult to undergo conversion therapy against their will. It still leaves the door open for adults who voluntarily pursue this treatment.

Providing unwanted counselling in the hopes of changing a person's sexual orientation to heterosexual, their gender identity to cisgender, or reducing non-heterosexual behaviour would be prohibited under the bill.

It would also be illegal to advertise an offer to provide conversion therapy or for an individual or organization to receive money for providing this type of practice.

The bill swiftly passed its second reading in Parliament with a vote of 308-7, however witnesses at Tuesday’s committee meeting wrestled with C-6's wording and what it should encompass.

Gajdics, along with two advocacy organizations, No Conversion Canada and the Canadian Association of Social Workers, see the language of the bill surrounding consent or coercion as a “significant loophole.”

Advocates are calling for the bill’s language surrounding consent and coercion to be scrapped. “It deflects attention away from the fraudulence and harm of these practices,” says one advocate. #cdnpoli #2SLGBTQ

“Suggesting coercion or the idea of forced conversion therapy or even mentioning the will of the client makes it sound as if conversion therapy could be anything other than coercive,” Gajdics said. “It deflects attention away from the fraudulence and harm of these practices.”

Gajdics and the organizations are calling for a complete ban on conversion therapy for people of all ages.

People who go through this practice are disproportionately affected by mental health problems and are overrepresented in populations experiencing homelessness, poverty and substance use, according to Davis-Whelan.

However, Colette Aikema, a speaker at a religious organization called Faith Beyond Belief, told the committee that conversion therapy saved her life and should be available to people who want it.

Aikema said being sexually abused throughout her childhood and teenage years led her to question her sexuality — which she didn’t want. “I saw the world through a lens of sexual pain and confusion and life became unbearable,” she said.

She said she sought help from a university counsellor as well as a faith-based organization, which “helped reduce my nonheterosexual behaviour and this support saved my marriage, my sanity and my life.”

Meanwhile, Lisa Bildy, a lawyer at the Justice Centre for Constitutional Freedoms, is concerned that banning counselling seeking to change a person’s identity to cisgender will result in more children going through the process of transitioning to another gender and regretting it because they wouldn’t be able to seek out advice that opposes it.

She wants the gender identity part of the bill to be scrapped altogether so that the sole focus is on sexual orientation.

Similar concerns were raised by MPs when the House of Commons was debating the bill back in October. All seven MPs who opposed the bill were Conservative.

While Conservative MP Cathay Wagantall voted for the bill at the end, she worried it would impede people who regretted transitioning from warning people about their experiences.

Independent MP Derek Sloan, who was recently booted out of the Conservative caucus, also suggested the bill would criminalize conversations between parents and their children.

However, Justice Minister David Lametti insisted that wouldn’t be the case.

The Canadian Association of Social Workers also noted that people will still be able to seek support services about gender expression or gender affirmation through registered social workers and other professionals if the bill is passed.

Bill C-6 is slated to go to a third reading in February.

Transitioning is the ultimate

Transitioning is the ultimate conversion therapy. Governments and policy makers in academia, the medical and educational systems have all succumbed to a cult like ideology that is not based in science or reality. The trans extremists insist that we believe what they believe. Anyone who needs others to believe what they believe about their identity is mentally ill, and requires treatment. Any questioning of this dangerous, regressive, and corporate sponsored ideology is labelled transphobic, and people will do almost anything to avoid that. But to be a raving misogynist seems quite OK.