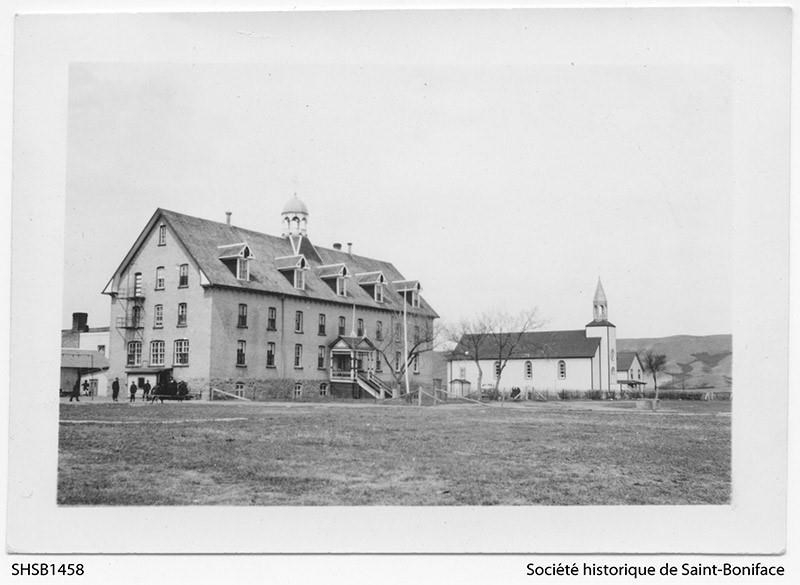 COWESSESS FIRST NATION — Prime Minister Justin Trudeau says he was terribly saddened to learn up to 751 unmarked graves were found at the site of a former residential school in southeastern Saskatchewan.

Cowessess First Nation announced Thursday that a search that began earlier this month with ground-penetrating radar had found the graves at the former Marieval Residential School.

It said the number is the highest to date found in Canada.

“The hurt and the trauma that you feel is Canada’s responsibility to bear, and the government will continue to provide Indigenous communities across the country with the funding and resources they need to bring these terrible wrongs to light,” Trudeau said in a statement.

The existence or number of the graves does not come as a surprise to survivors of the school, he said.

“We always knew there was graves here.”

Cowessess First Nation announced Thursday that up to 751 unmarked graves were found at the site of a former residential school in southeastern Saskatchewan.

At a virtual news conference, he showed a photo of a grassy field with hundreds of coloured markers sticking out of the ground.

Last month, a First Nation in British Columbia announced that ground-penetrating radar had found what are believed to be the remains of 215 children buried on the grounds of a former residential school in Kamloops. The school was once the largest in Canada's residential school network.

An estimated 150,000 First Nations, Inuit and Métis children attended residential schools between the 1860s and 1996. The Truth and Reconciliation Commission documented stories from survivors and families and issued a report in 2015.

The report detailed mistreatment at the schools, including emotional, physical and sexual abuse of children, and said there were at least 4,100 deaths.

The Cowessess school, about 160 kilometres east of Regina, was built in 1899 by Roman Catholic missionaries. Delorme said it closed in 1996.

He said there may have been markers or headstones on the graves at one point, but they were removed in the 1960s.

“The Catholic Church representatives removed these headstones, and today they are unmarked graves,” he said.

The Canadian Conference of Catholic Bishops did not immediately respond to a request for comment.

Delorme said he's hoping to get access to school records held by the church and has “full faith” the records will be released.

The search for remains will continue, he said. While the discovered unmarked graves were found within the bounds of a Roman Catholic grave site, he said survivors believe people who were not baptized or too young to be baptized were buried outside the grounds

The next task will be putting a name to each of the bodies.

“We want to honour our loved ones that lay there today,” he said. “We want to make sure that we keep that place and preserve it so many could come here and heal.”

Chief Bobby Cameron of the Federation of Sovereign Indigenous Nations, which represents 74 First Nations in Saskatchewan, said the graves provide “evidence of what the survivors of the Indian Residential Schools have been saying all along for decades.”

“We are seeing the results of the genocide that Canada committed here,” said Cameron. “Genocide on our treaty lands.

“We will find more bodies and we will not stop until we find all of our children. We will do a search of every Indian Residential School site and we won’t stop there.”

Cameron said the federation also intends to search the grounds of sanatoriums, so-called "Indian hospitals" and “all the sites where our people were taken and abused, tortured, neglected and murdered.”

He said survivors and their descendants will need time to “heal and get stronger.”

“We are not asking for pity, but we are asking for understanding,” he said. “We need time to heal, and this country must stand by us.”

I was expecting this news,

I was expecting this news, and am relieved that it got told. I have lived in Ontario, Manitoba, and BC, but Saskatchewan was the first place I encountered blatant, public racism. It feels like a great deal of collective guilt trying to stay proud.

Reminds me that the place I

Reminds me that the place I was born and where I fell in love with the land, was not the open and free landscape I imagined. Going home a couple of years ago....after the Colten Bouchie case, my brother, who has farmed there all his life commented on what he was learning from social media:

But when the NDP critic for indigenous affairs called Saskatchewan 'a very racist province', I had to accept the truth of that accusation. Ashamed to say I grew up there without so much as a hint as to what we were doing to our fellow Canadians of indigenous background.

AN APOLOGY IS NOT ENOUGH. The term restitution has to begin to have meaning for all of us. Colonialism is a system of theft. We need to think about Land Back........and situating our dirty energy projects on settler land, not the .5 % or less of Canada we turned into reserves.

This crime against humanity

This crime against humanity was perpetrated on Indigenous children not 50 kilometres from my birthplace in the Fifties. There will be thousands of unmarked graves of innocents found and documented across the land when this process is finally done.

This legacy is Canada's greatest shame. Many will be weeping this Canada Day.

This news is so disgusting

This news is so disgusting and devastating that I find that I am unable to make a comment that truly expresses my horror and grief. Canada and churches involved need to make both apologies and reparations. Apologies are meaningless if reparations are not made as well. But a big question is how do you make reparations for the deaths and the harsh physical and emotional abuse of so many children. We must ask the indigenous peoples what they think is right and just.