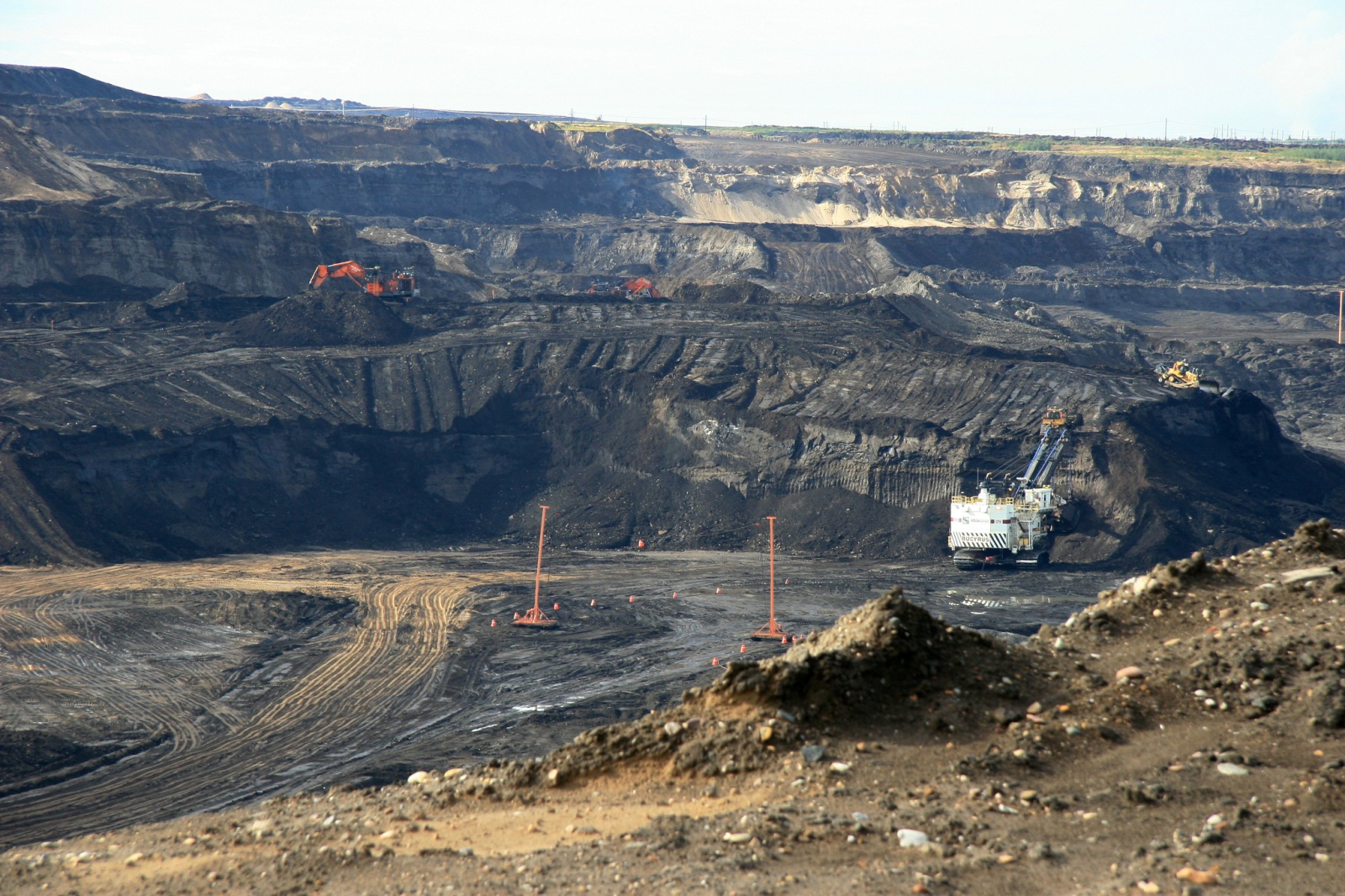 Jason Kenney should demand oil companies square up their ledger by putting their boom money where their well cleanup liabilities will be, writes columnist Max Fawcett. Photo by Julia Kilpatrick / Pembina Institute
Previous story
Next story

Jason Kenney has bet his political future on delivering the “best summer ever” for Albertans, and so far he’s getting a lot of help from global commodity markets. After years of being stuck in various stages of doldrums, oil prices are on fire — and show no signs of relenting any time soon. With COVID case counts subsiding in most major economies and huge stores of pent-up demand for travel and other petroleum-fuelled activities, some prominent market watchers like Bank of America and Goldman Sachs are predicting oil prices could hit $100 per barrel. With a provincial election scheduled for 2023 in Alberta, the timing couldn’t be better for Kenney.

This could be a particularly big problem for the Alberta NDP, which has seen its poll numbers and political prospects surge in the face of Jason Kenney’s repeated failures. He deserves no credit for the rise in global commodity prices; his policies have nothing to do with it. But that won’t stop him from declaring victory and promising Albertans the good times are here again — and here to stay, if they stick with him and the UCP.

But make no mistake: This isn’t going to be your father’s oil boom. It’s probably not even going to be your slightly older brother’s version. There will be no major new oilsands facilities commissioned, no massive increase in oil production and none of the frothy optimism that drove up activity and wages in the oilpatch. That’s because, for all the near-term excitement about higher prices, nobody who makes decisions in the oil and gas industry has any confidence it will last.

The last time oil prices hit triple digits, there was a prevailing sense we’d run out of barrels before demand ran dry. But a series of technological breakthroughs, particularly the impact of fracking in the United States’ shale formations, made it clear that supply wasn’t going to be the problem — and the OPEC nations, led by Saudi Arabia, responded by trying to drown the market.

This time, prices are rising because of restraint, not scarcity. Saudi Arabia is holding millions of barrels off the market to support higher prices, while the “drill, baby, drill” mantra that used to define the so-called American “shale cowboys” has been replaced with a much tighter grip on the metaphorical reins.

Some of the biggest oil companies in the world, from BP to ExxonMobil, have acknowledged they will produce less oil in the future than they did in the past — an unthinkable concession even a few years ago. According to Russell Hardy, the CEO of Vitol (one of the biggest oil trading firms in the world), “it is not a super-cycle. The energy transition tells us demand will peak and drop.”

Instead of plowing their oil revenues back into production, large oil companies around the world — including a recently announced alliance of Canadian oilsands giants — will either invest in projects that reduce emissions or return the money to shareholders in the form of dividends and buybacks.

While this is good news for those shareholders, who have seen the value of their holdings soar in recent months, it’s a different story for those hoping for a return to the mid-2000s, when high school dropouts could make six figures in their sleep and companies competed viciously over more skilled labour. This boom is almost certain to disappoint. ExxonMobil made that clear with a recent announcement it intends to reduce its ranks of U.S. white-collar employees by up to 10 per cent — no small number in a company that large.

Ironically, the recent rally in oil prices could actually accelerate the ongoing transition already transforming these companies. With gasoline prices rising and the cost of electric vehicles continuing to fall, the point at which going green on the road actually saves you money is rapidly approaching. It helps that major auto manufacturers, from Ford and General Motors to Volvo and Audi, are rolling out a far wider range of new electric vehicle models — and in many cases, committing to making nothing but electric vehicles in the near future.

While oil company executives may be able to fill their pockets right now, Alberta ought to use this last boom to repay the environmental debts their companies have racked up over the years. The cost of cleaning up after the oilsands mines and their tailings ponds remains largely unfunded, and while the federal government has committed $1.7 billion to help the industry clean up older wells, it’s an issue that deserves more attention — and investment.

Rather than promising a return to the past, Jason Kenney and his UCP government should be focused squarely on serving the interests of their province’s future. They should demand oil companies square up their ledger with the province and people who helped make them wealthy by putting their money where their well cleanup liabilities will be. And they must lay out a vision for how those accounts are settled before this last boom turns into the bust that inevitably follows. This time, praying for another boom isn’t going to get the job done.

Oil profits going to fund clean-ups? Really? It's a nice suggestion but like the snowball in hell - has no earthly chance.

As a whole, the extractive sector can only make profits by destruction and by leaving behind the toxic mess they have made while laughing all the way to the bank lugging their ill-gotten tax subsidies and their lethally derived profits.

Regardless of what happens to

Regardless of what happens to the oil sands, the UCP is already toast. Those who haven't flipped to support the NDP (which was more about fiscal policy than oil, by the way) will move to the WIP.

Even if the UCP did benefit from an oil boom, if it happens at all, they would only "split the vote" with the WIP in the next election, and the NDP would win more seats.

It's happened once with

It's happened once with Wildrose, it could happen again with the WIP.

If so, Notley will eventually pay the price for oil's (and Alberta's) boom-bust while Kenney, smirking between backward glances, takes an early retirement in Kelowna before considering a run at BC conservative politics. As an ex-Albertan I'd be tickled to see him get nowhere as a bold-faced opportunist here in BC.

The BC NDP are orders of magnitude tougher and experienced than the Notley Crew, which has offended enough people on the coast with their condescension and threats to the marine environment to populate Calgary twice over.

Notley would be well-advised to conduct a modicum of independent research on where energy (and that is of course not exclusive to oil) is headed, then therein do some serious planning. Hint: another simple carbon tax is not a social contract to maintain the status quo. Moreover, Canadians will be very angry if the feds are cajoled by the Notley-Kenney carbon nexus and are forced to pick up the tab for the Alberta oil industry's half-century of gluttony. That is federal government turfing territory.

I wonder if they owe

I wonder if they owe municipal and regional property taxes too ...

A few notes on shale oil and

A few notes on shale oil and gas.

It is very expensive. Many shale companies have exceedingly high debt rates and operate on very thin margins. It has an emissions profile equivalent to coal when methane escape is accounted for. It has extraordinary decline rates that average 53% a year per well (David Hughes' analysis on the five US shale plays), with some ringing in at 90%. The sweet spots are being tapped out quickly, leading to a classic extraction falldown.

These are not the attributes of even a moderately a sustainable enterprise. Meanwhile: wind and solar are outcompeting fossil fuels in electricity production; no one pays an invoice for the gift of infinite supplies of wind, sunshine, tides and the heat in the ground; and the electric motor is about to replace the internal combustion engine in land transport this decade.

Gretzky said he was able to skate to where the puck is. Canadians need to tell their respective governments where to go, either to where the economic puck is headed or to hell.