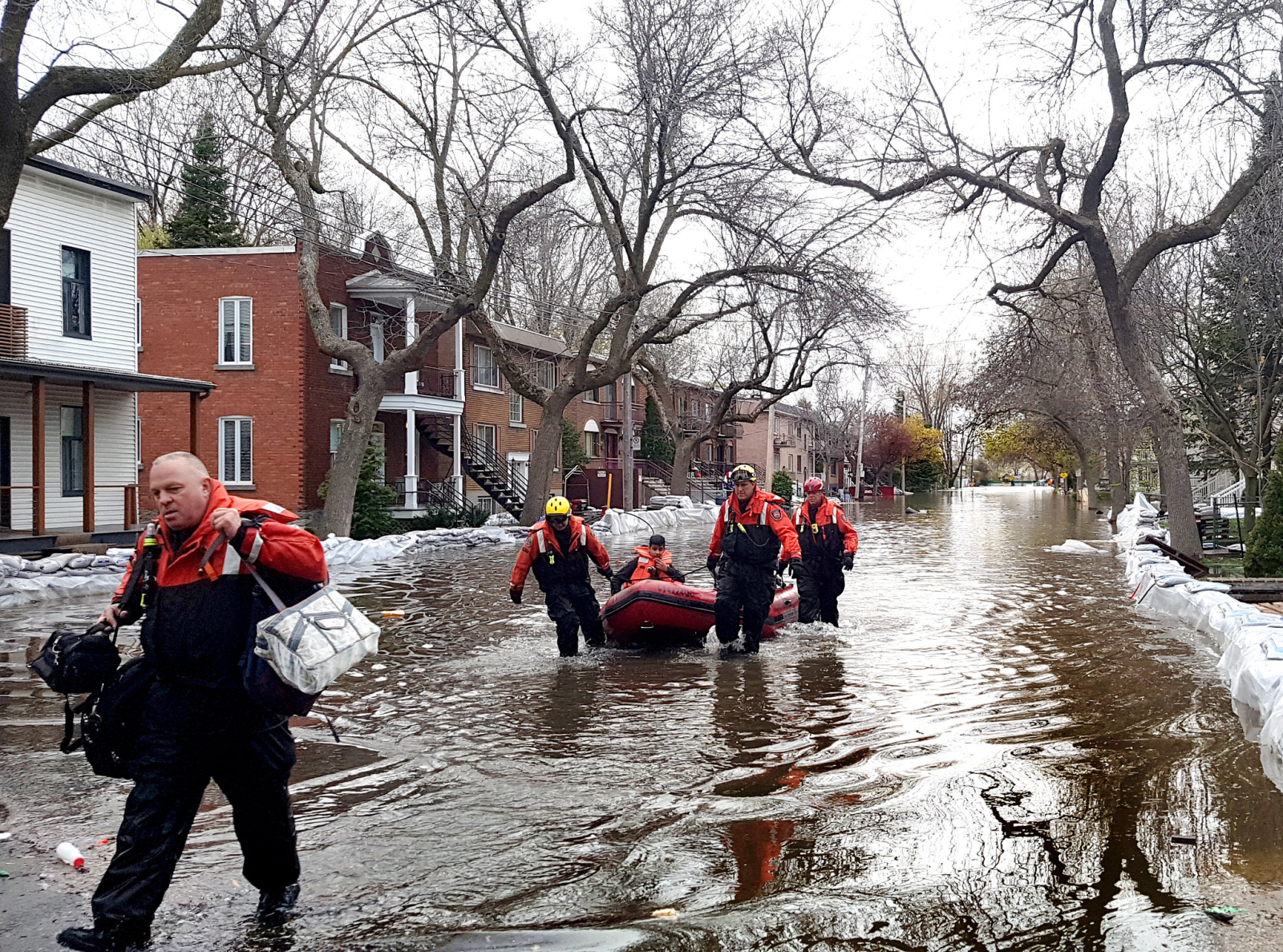 Extreme weather is revealing how unprepared Canada is for the climate crisis. A new report from Natural Resources Canada spells out the disaster ahead without significant adaptation efforts. Photo by Indrid Cold / Flickr (CC BY-SA 2.0)
Previous story
Next story

Crumbling infrastructure, billions of dollars of annual costs, and frequent extreme weather events are just a handful of the disasters spelled out for the country’s future in a landmark report from Natural Resources Canada that says the time has come to brace for impact.

The science is clear that rising greenhouse gas emissions must come down to avert total catastrophe, leaving the 734-page report focused on what Canada can do to adapt to a warming planet that has already locked in at least some damage.

“Climate change is happening now, and the impacts will only intensify. We need to know how to adapt to protect our communities and our economy,” said Natural Resources Minister Seamus O’Regan in a statement.

High among the report’s findings is that “large gaps remain in our preparedness for climate change” and that accelerating adaptation plans are “vital” for Canada’s economic and social health. Cities and towns are projected to see more frequent and severe heat waves, floods, and windstorms, while suffering worse air and water quality.

“For people who have been working on adaptation for years, this is not at all surprising,” said International Institute for Sustainable Development senior director Anne Hammill. “We knew this 20 years ago, and the science has just been getting stronger and the messaging has been getting stronger, and so we're hopefully at a tipping point where as much attention is going to be paid to that as it is to mitigation.”

“For many years, folks working in the climate space in particular were worried that if we talk too much about adaptation, we've given up on mitigation, and it's almost surrender,” she said. “And what we've been saying on the adaptation side is, fundamentally, the amount we're going to have to adapt is going to depend on how much we mitigate.”

Hammill said adaptation and mitigation should not be framed at odds with one another because both are required to address the crisis.

“Both have to be done aggressively, and on the adaptation side, what this report is confirming is that because we've traditionally given less attention to adaptation, we probably have even more ground to make up than expected,” she said.

As the climate warms, it won’t just make life more uncomfortable or dangerous as extreme weather becomes more frequent, it will compromise already aging infrastructure, Natural Resources warns. Much of the country’s infrastructure was designed for “steady-state” climates that simply do not exist anymore; modern infrastructure has to be designed for a changing climate to be resilient. The report identifies infrastructure as a key risk for climate impacts, but notes it has the greatest “adaptation potential.”

“I don’t find it at all surprising that the report finds Canada isn’t prepared for climate impacts. We see that all around us — whether it’s fires, flooding or this month’s historic heat wave,” said NDP critic for infrastructure and communities Taylor Bachrach. “On both mitigation and adaptation, governments are simply not acting at the pace and scale required, and the longer we delay acting to reduce greenhouse gases, the harder and more expensive adaptation will be.”

Crumbling infrastructure, billions of dollars of annual costs, and frequent extreme weather events are just a handful of the disasters spelled out for Canada's future in a new report. #cdnpoli

The report says from 1983 to 2007, insurance losses averaged about $400 million per year, compared to $1.9 billion annually from 2008 to 2018. The Fort McMurray wildfire insurance payouts hit $3.9 billion in 2016, representing about two-thirds of that year’s total insurance losses in Canada.

“Alberta is the epicentre of extreme weather events when it comes to losses — six of the 10 largest insured loss events in Canada since 1983 occurred in this province,” the report finds.

Despite the province’s sensitivity to the negative impacts of climate change, Natural Resources could not find any Alberta-specific study examining the costs and benefits of adapting to climate change to examine for this report.

“There is also a scarcity of accessible literature on the benefits and costs of climate change adaptation actions in Indigenous communities,” the report finds.

Without effective adaptation, Canada’s economic growth will be hit hard, the report says. Under a high-emissions scenario, the report estimates hundreds of millions to tens of billions of annual economic costs in sectors like forestry, public health, and even ski resorts.

The report estimates for every $1 spent on adaptation, $5 to $6 of benefit are realized on average. Across a sample of 60 adaptation efforts, the report found “soft adaptation” like changes to pest control practices performed better than “hard-engineered” solutions like sea walls.

Other than the slow pace of adaptation, the report’s other key findings are that all communities are experiencing impacts on infrastructure, health, cultures, and economies; changes to vital ecosystems are threatening water resources; while agriculture and tourism might benefit from longer, warmer temperatures, overall the economic cost of climate change will be negative; and that Canada should look outside its borders at immigration, trade, and food security to assess climate change.

The report’s findings are in line with a leaked UN draft report obtained by AFP that reportedly has dramatically scaling up adaptation efforts as one of its key takeaways. Even under an optimistic 2 C warming — current trajectories have the planet on track for 3 C warming — the report says within the next 30 years, tens of millions more people will face chronic hunger, up to 130 million more could be in extreme poverty, and hundreds of millions in coastal cities will be at risk from floods and rising sea levels.

At 1.5 C to 2 C warming, between 350 million and 410 million more people will have to deal with extreme droughts. That extra half a degree reportedly exposes an additional 420 million people to potentially lethal heat waves.

As we as a nation and a

As we as a nation and a species seem not really serious about trying to prevent "climate change", as a major player in causing it to happen, perhaps we can try and do something to help some survive it. Our experience with Covid-19 pandemic suggests that might happen, but with actions that also make the challenge worse. Nature's physical laws seem fixed, better perhaps to assume so and act accordingly. Still an option!

So, it's interesting that

So, it's interesting that Natural Resources has joined the Parliamentary Budget Officer in warning that this government has not done enough on the climate file (that is, government or quasi-government warning government), but the difference between Natural Resources and the PBO is what throws Seamus O'Regan squarely into the camp of Catherine McKenna, who's now out there blabbing on the need for climate action: they both had a chance, in government, to do something, and they did not do enough. In fact, their sins are not just inaction, but also action -- seen by their support of oil pipeline projects, for instance. To hear both O'Regan and McKenna at this point is tantamount to either gaslighting or greenwashing, take your pick. They can piss off.