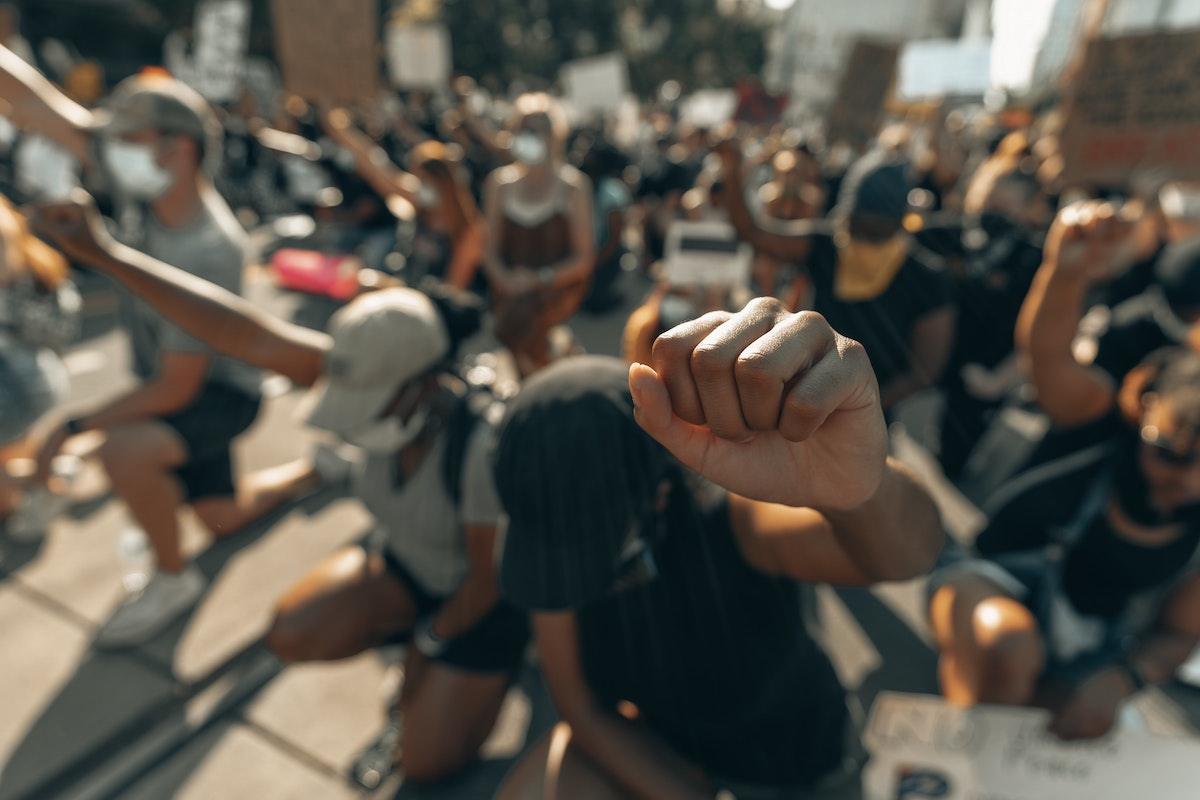 Universities across Canada are reckoning with issues of diversity and inclusion within academia. Photo by Clay Banks / Unsplash
Previous story

As universities gear up for a new semester this fall, many will be faced with a challenge that has nothing to do with COVID-19: Devising strategies to be more inclusive to accommodate increasingly diverse student bodies.

Many institutions have been making headlines in this regard — and not necessarily in the right ways. The heads of the prestigious Ryerson School of Journalism stepped down from their respective positions on March 8 after allegations of discrimination and racism going unaddressed and uncontested by administration.

Soon after their resignations, students of the Toronto journalism school published “It Is Time For Change,” a document addressed to the administration and faculty of the school. The document states administration “dismissed students' concerns at the most recent SAGM.”

The document goes on to include first-hand accounts of discrimination that students and alumni allege they have faced while attending the school and has been signed by 229 Ryerson Journalism students and alumni, dating back to the Class of 1984.

Ryerson University is no stranger to controversy. Its namesake, Egerton Ryerson, is largely credited with establishing the residential schooling system in Ontario. According to the National Centre for Truth and Reconciliation, about 4,200 Indigenous children died as a result of the residential system. The statue of Ryerson on campus was recently torn down, with the head now on a spike at Land Back Lane.

During the meeting, students raised concerns about a senior student posting public tweets that they thought displayed “homophobia and transphobia,” and through this conversation, more general concerns about the school failing to address other forms of alleged discrimination were brought up to the administration. Many students were left upset after the meeting.

“We probably should have sorted that out differently,” says Neil.

Neil says she was feeling “very flooded” before attending the SAGM, as she says she had been in multiple meetings that day. She wonders how the pandemic’s impact on students “played into the frustrations” voiced during the meeting.

“In hindsight, of course, I should have (initially) stated that I condemn all forms of hate, including transphobia, homophobia, racism and all the rest,” says Neil. “The other part that is unspoken is how all of us are experiencing the pandemic. I know we are not all experiencing it at all the same, and I think the real toll of it is taken on students. To what degree did that play into and contribute to the frustrations and concerns that I heard?”

Former RSJ chair Janice Neil says she’s continuing to “learn and unlearn” to be part of the solution.

Neil says she loved being a leader at the school. “I believe that the university thought I was a good leader — my term was renewed, I was renewed.”

Ryerson is not alone

These recent events have revealed deep-rooted issues, not only in the journalism community, but throughout Canadian universities in all faculties. For instance, similar topics of discrimination have surfaced in Ottawa’s Carleton University journalism program.

Tobin Ng, a fourth-year journalism and sociology student, joined Carleton’s Association for Equity and Inclusion in Journalism after they saw a clear need to build a body to support marginalized students.

Ng was in a Zoom class the day after the Atlanta shootings, which targeted Asian women. A question on the class news quiz asked students what former U.S. president Donald Trump had nicknamed the coronavirus, to which a student said, “China virus,” and began laughing with their microphone on.

“It was a moment where we know anti-Asian racism is so dominant, and like ... this is a joke to you?” says Ng. “In that moment, I just kind of held my breath.”

Carleton Journalism students and recent graduates produced a call to action for institutional change, which, like Ryerson Journalism’s student-led Call to Action document, includes a section of student testimonials, including one which states, “The n-word was said in my classroom by a white student. The professor did nothing.”

A Carleton alum wrote, “I only had one professor of colour in my five years there, and none who were tenured. I graduated six years ago, and still, racialized instructors make up less than 10 per cent of the staff if you look at the website.”

Allan Thompson, associate director of Carleton’s School of Journalism and Communication and the journalism program head, says he recognizes there is much work to be done and is cognizant of the stresses students are experiencing.

Program head Allan Thompson on the Carleton call to action: “The call to action clearly was out of a sense of frustration … and the systemic racism that was present in the program.”

When students do participate in initiatives to increase acceptance, some argue they should be compensated as a way of validating their contribution.

Will Shelling is in the University of British Columbia’s master of public policy and global affairs program in Vancouver. He participates in anti-racism initiatives at the university, and is part of the president's task force for anti-racism and inclusive excellence, formed in March.

Shelling — who was the former associate vice-president of external affairs for the school’s student society, where he focused on equity plans — says the work students consistently do for their universities highlights how important it is for them to be properly compensated instead of exploited.

“I often have felt in many of the roles that I participated in at the university, and up until this recent one with the task force, felt tokenized,” says Shelling. “It’s only recently that people have started saying, ‘Yeah, we need to be compensated for emotional labour.’”

Shelling says there are many different ways universities can compensate students for doing this labour, including tuition breaks for students on task forces.

Will Shelling, a master’s student at the University of British Columbia, on the different ways universities can compensate students for doing anti-discrimination work.

He also highlights how important it is for universities to avoid “solely tokenistic change,” and instead work for lasting change, such as ensuring leaders in administrative roles have basic knowledge regarding anti-discrimination and how to respond to issues like those brought up during Ryerson’s SAGM.

Universities Canada describes itself as the “voice of Canadian universities.”

In a statement for the Observer, a spokesperson said, “Equity, diversity and inclusion are priorities for Universities Canada and its members. While progress has been made over the past few decades, we recognize that there is more we can and must do to truly achieve inclusive excellence.”

These issues and allegations of lack of student support are not unique to Ontario universities.

Liam Devitt graduated from Alberta’s University of Lethbridge this year, majoring in history.

Devitt, a non-binary student, says universities need to do much more to make LGBTQ+ students feel welcome and safe on campus.

In their time on campus, Devitt worked to implement a clearer and easily accessible process for transgender students to use their names on campus, and avoid being dead-named by professors. Shortly after Devitt’s work alongside other students, the student initiative created “Q-Space," an easily accessible site for LGBTQ+ students to navigate their resources, including changing names.

Devitt says a pressing issue that needs to be prioritized by universities, including the University of Lethbridge, is for on-campus health services to provide comprehensive medical care and supports for LGBTQ+ students.

“One of the things that is really tough in Alberta, (and) tough across the country, is access to competent health care for queer and trans people — not accepting or inclusive, just competent. Like when you ask, ‘I’m thinking of going on PrEP,’ their answer’s not, ‘What’s PrEP?’ It should be, ‘Let’s talk about your health and if this is a good thing for you,’ and you can substitute in any sort of queer-specific medical care.”

In a statement for the Observer, a University of Lethbridge spokesperson provided a quote from Kathleen Massey, associate vice-president of students: “The university is evolving to become better at being inclusive and welcoming of all students. We are committed to continuing to learn from our community and others to make meaningful changes so that we achieve our goal of creating a learning and working environment free of biphobia, homophobia and transphobia, where 2SLGBTQ+ people (students, staff, faculty) can thrive.”

An open dialogue with administrations appears to go a long way in students feeling understood. Despite problems at universities like Ryerson, Carleton and Lethbridge, there are institutions where students are applauding progress.

Nick Harris is president of Nova Scotia’s University of King’s College student union. He says his school is unique because it has a small student body and the administration knows every students’ name, which isn’t possible at larger universities.

“Our school listens to us one-on-one,” says Harris. “It’s different because they know us.”

Harris credits the school’s Racialized Students’ Collective for raising important issues with administrators, saying there are times where “you gotta get protesting and put the fire under someone,” but also times to hear each other out.

Had the administration been prepared for such a situation at the SAGM, further pain for those involved may have been avoided. Although Lisa Taylor and Janice Neil may have been frustrated by the level of negative responses on the school’s Twitter feed following the SAGM, people in their positions should be ready to respond and can’t afford to be slow to react.

For a university that prides itself on diversity, it should also be prepared for the calls for change that come with a diverse student body, made up of young people consistently pushing their institutions to do better.