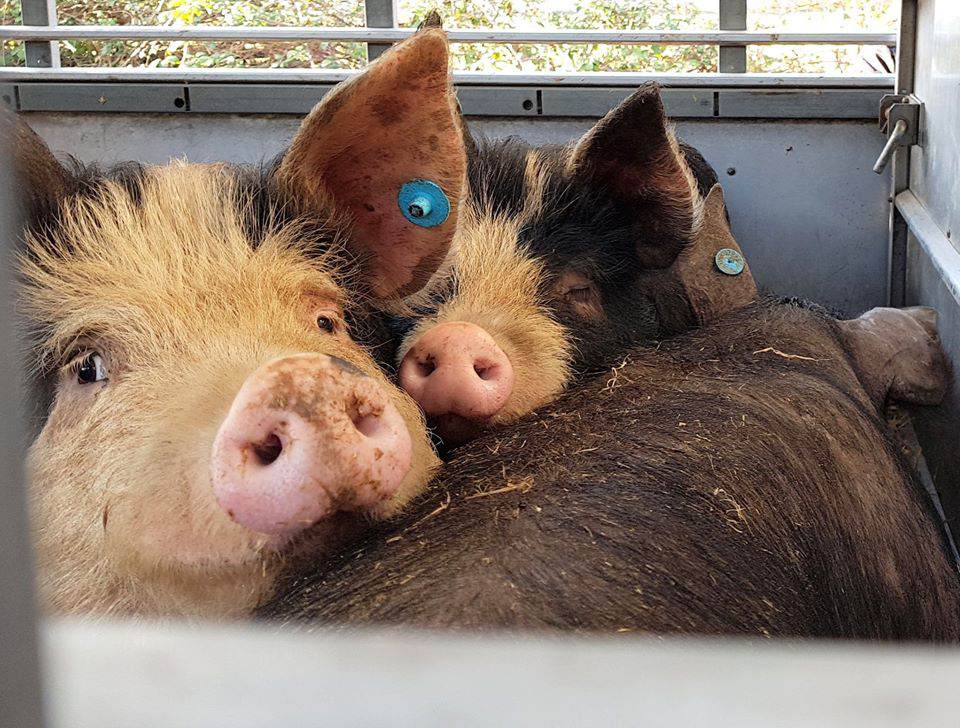 Rather than push for ag gag laws to shield the agriculture industry from scrutiny, governments must address glaring problems that threaten public health, animals, workers and the environment. Photo by Wikimedia Commons
Previous story

Today is World Zoonoses Day. Of course, the concept of “zoonotic disease” — an infectious disease caused by a pathogen that jumps the species barrier from animals to humans — is one with which Canadians are now all too familiar.

Approximately 75 per cent of new human diseases come from animals, thanks in part to deforestation and the wildlife trade bringing people into contact with new pathogens. Industrial animal agriculture — which has normalized the unnatural and intensive confinement of thousands of animals under highly stressful conditions — promotes the evolution and explosive spread of infectious diseases, including zoonoses.

Politicians in Canada have played on these infectious disease risks in pushing agricultural gag (ag gag) laws that prevent animal protection advocates from documenting and publicly exposing conditions in farms, slaughterhouses and transport trucks. Ag gag laws in Alberta, Ontario and Manitoba target individuals protesting on public property near transport trucks or covertly recording conditions while working at farms and slaughterhouses, even though these activities pose no risks to biosecurity.

The latest ag gag bill is the federal Bill C-205, An Act to Amend the Health of Animals Act — a private member’s bill introduced by Conservative MP John Barlow. But when the Standing Committee on Agriculture recently wrapped up its study of the bill, things didn’t exactly go as planned for Barlow and the bill’s proponents.

In its original form, Bill C-205 co-opted genuine concerns about infectious disease as a pretext for targeting animal protection advocates. It did this by prohibiting entry into a farm building “without lawful authority” if doing so could expose animals to disease.

In fact, a recent report by Animal Justice shows that of more than 1,000 disease incidents that the Canadian Food Inspection Agency (CFIA) has investigated since 2000, not a single one was caused by an animal protection advocate or a trespasser on a farm. That is not to say it isn’t possible — but so far, it has never happened.

When introducing the Bill, Barlow highlighted the need to prevent diseases like mad cow disease and African swine fever. But mad cow disease is caused by feeding cows meat and spinal cord tissue from dead cows. African swine fever has wreaked havoc on pig farms across China, but it has not yet reached North America. It is spread by pigs, workers and those in close contact with infected pigs, and contaminated equipment or food. The real risks for introduction of these infections relate to the international live animal trade and farming practices, not animal protection advocates.

Similarly, recent outbreaks of COVID-19 on mink farms in B.C were not caused by protesters or people trespassing, but by transmission from workers to animals. The uncontrolled spread among tens of thousands of mink, and the potential to spread back to humans and other animals, risks undermining our global efforts to curb the COVID-19 pandemic.

Trespassing on farms and private property is already illegal. On the rare occasions when people have trespassed in order to expose horrific conditions, they have generally been charged under existing laws. While instances of trespassing and confrontation with protesters can be distressing for farmers and workers, this is a separate issue from infections.

For these and other good reasons — including that the CFIA itself had concerns about enforcing an anti-trespass law — a majority of elected officials on the standing committee voted to amend Bill C-205 so that it applies to anyone whose actions could expose farmed animals to disease. In other words, instead of an ag gag law that scores political points by adding yet another layer of penalties for those who enter farms to expose animal suffering, the amended bill could actually deter conduct that poses an infectious disease risk.

When it comes to disease risks in industrial agriculture, activists make convenient scapegoats, but they are not the source of the problem. The real problems stem from the industry itself, the sheer number of animals we raise and slaughter each year (more than 800 million), and the lack of serious government action to promote alternatives, improve conditions at farms and slaughterhouses, and strengthen infection prevention and control practices.

Rather than pushing for ag gag laws to shield the agriculture industry from public scrutiny, governments should be working to address these glaring problems that pose grave risks to public health, animals, workers, and the environment on which we all depend.

Kaitlyn Mitchell is a staff lawyer at Animal Justice.

vote with your wallet if

vote with your wallet if possible by buying local, humaely raised animal products or go vegitarian AND TELL THE LOCAL GROCERY STORES YOU WONT SHOP THERE BCS THEY SUPPORT TORTURED ANIMAL PRACTISES. the biz only responds to money; they have no souls or consciences.