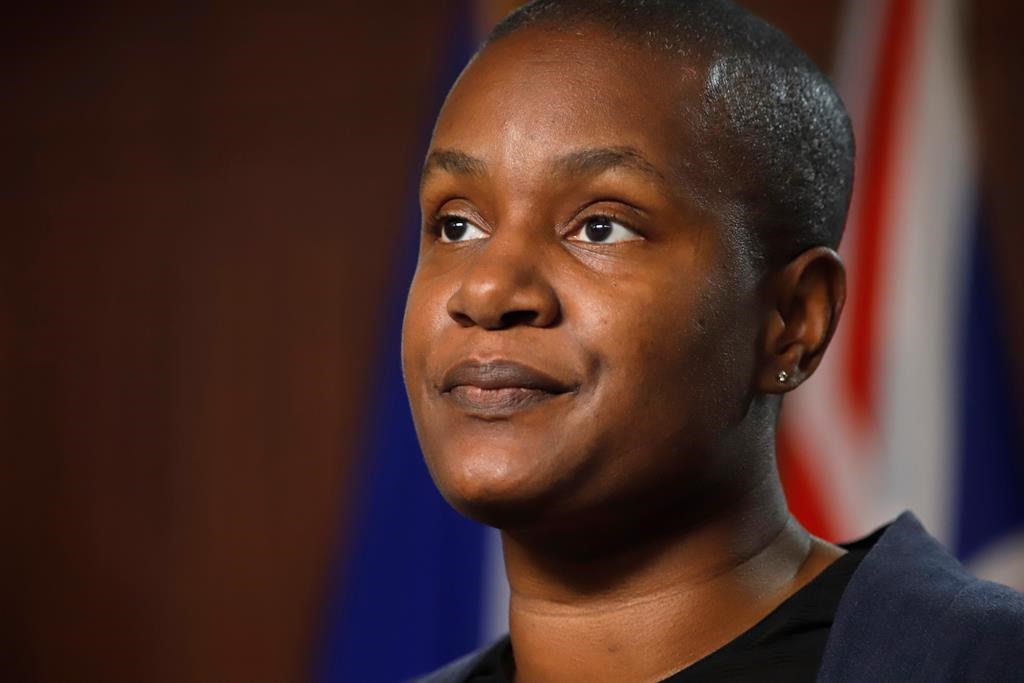 A motion was tabled at a federal council meeting on June 29 to hold back $250,000 previously earmarked for Paul's campaign in Toronto Centre, according to four party sources who were granted anonymity because they were not authorized to speak publicly about internal matters.

The Canadian Press has obtained a copy of the motion, which says the planned transfer of funds should be rescinded "until the federal council is advised of the Green Party of Canada's financial situation." It is set to come to a vote at a meeting of the federal council on July 27.

Douglas Tingey, president of the Green Party of Canada Fund, which controls its financial operations, would not comment on the specific details, saying they are confidential.

"To the best of my understanding, the party remains committed to support TC (Toronto Centre) in the upcoming election," he wrote in an email late Monday.

Paul, who does not have a seat in the House of Commons, came in second to Liberal Marci Ien in a byelection last fall to replace former finance minister Bill Morneau in the riding, a Liberal stronghold. Paul came in fourth place when she ran there in the 2019 general election.

Rescinding the slated funds would mean fewer dollars to put toward advertising, research and staff resources.

The move to halt cash flow follows layoffs last week of about half of the Greens' employees, including all of Paul's office staff. It also comes amid party feuds, including over the Israeli-Palestinian conflict, that bubbled into public view when New Brunswick MP Jenica Atwin defected to the Liberals last month. There are now two Green MPs in the House of Commons, including former leader Elizabeth May.

The party, its president and interim executive director have not responded to requests for comment sent Monday.

Paul, who has led the Greens for nine months, faces a non-confidence vote by federal council on July 20. It requires three-quarters' support in order to proceed to a party-wide vote the following month at a general meeting, where grassroots could render judgment on Paul's leadership.

Cash imbalances are also plaguing the party, according to a report released by the fund president last week.

"Our current financial situation is not sustainable," Tingey wrote.

Spending exceeded revenues since the fund's board of directors was elected in February, the report states. Costs outpaced gross income by $105,000 in May and $103,000 in June, for example.

"This is due to financial decisions taken in 2019 and 2020, particularly the decision to retain staffing levels after the 2019 election," he wrote. May stepped down as party leader in November 2019 and named Jo-Ann Roberts as her interim successor. Paul won the leadership in October 2020.

The crunch comes despite a boost in fundraising under Paul's watch, with the party pulling in about $677,500 from nearly 8,300 donors in the first quarter of 2021 compared with roughly $577,600 from some 8,200 donors a year earlier, according to Elections Canada figures.

The temporary layoffs last week mark an attempt to reduce staffing costs, which make up 70 per cent of the Greens' budget, the report says.

"The staff layoff decision will have a very significant impact on our ability to provide support to candidates and electoral district associations," it states. The party aims to bring back laid-off workers "as soon as our financial situation improves."

The 906-word report also acknowledges that the cuts will "have an impact on staff diversity, equity and inclusion." The fund's board of directors has been consulting with the union on how to avoid a disproportionate impact on "members of equity-seeking groups," it says.

This report by The Canadian Press was first published July 13, 2021.

Well, it turns out that this

Well, it turns out that this (yes, true) is the pre-writ period. At a Fund meeting today, it was said that once a writ drops, the party is hoping finances will be in place to run a proper campaign.