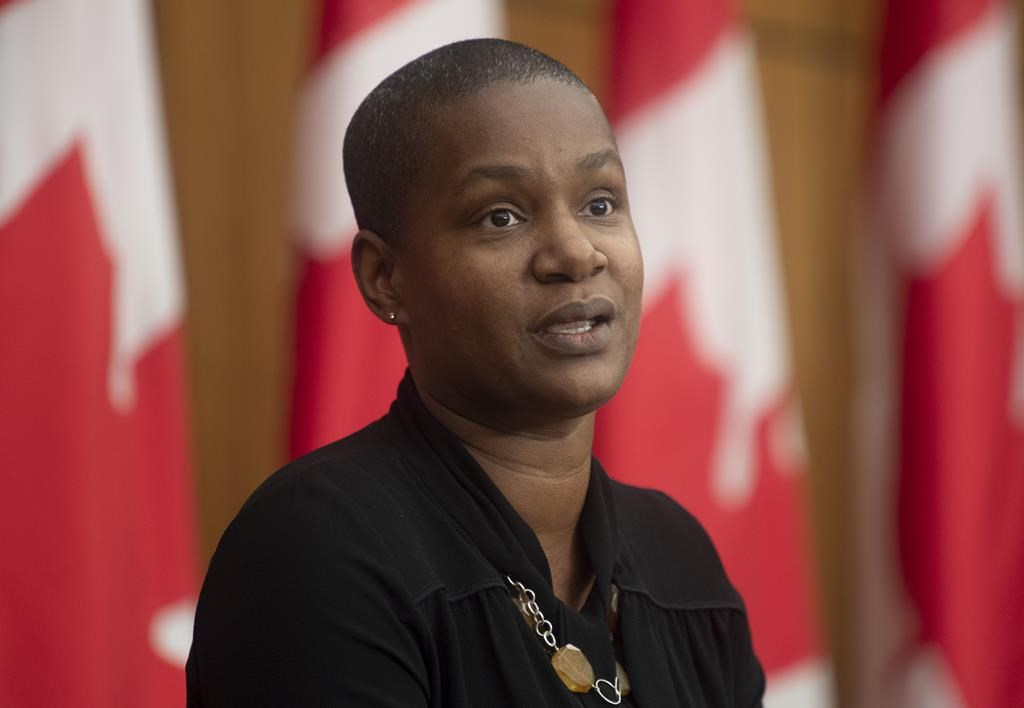 Green Party Leader Annamie Paul responds to a question during a news conference on Monday, Nov. 16, 2020, in Ottawa. File photo by The Canadian Press/Adrian Wyld
Previous story
Next story

Annamie Paul is doubling down on Toronto Centre.

The Green Party leader plans to announce her candidacy for the nomination there Thursday ahead of a possible federal election, setting her up for a rematch in the riding she failed to win in a byelection less than four months ago.

Paul came in second to Liberal newcomer Marci Ien in October after former finance minister Bill Morneau resigned the seat, but she garnered a healthy one-third of the votes cast.

The decision ends speculation about whether Paul would run in other Green-friendly electoral districts in Ontario such as Guelph or Toronto—Danforth but reopens questions about the challenges she faces in one of the strongest Grit bastions in the country.

"Toronto Centre has long been considered an unbreachable Liberal fortress, but we Greens don’t run away from what’s right, even when it’s hard," she said in a release.

Paul, who was born in the riding, hopes to use Toronto as a base to shore up support for other local candidates and take advantage of ready access to Canada's media hub.

The move is the latest by the Greens, who currently have three MPs in Parliament, in anticipation of a potential election campaign as parties vet candidates and rev up fundraising.

Paul, who beat out seven leadership contenders in early October, is trying to carve a middle path among members who come in all shades of green, from eco-socialists to fiscally conservative tree huggers.

On the broader political spectrum, Paul has steered the party toward more socially progressive ground that encroaches directly on NDP turf, calling for a guaranteed livable income, universal pharmacare and free post-secondary education.

She has also zeroed in on the crisis in seniors' homes, where the COVID-19 death toll continues to rise at an alarming rate.

"Some neighbourhoods have experienced COVID-19 infection rates triple those of neighbouring communities. Many residents in our local long-term care facilities have died from COVID-19," she said.

"Opioid deaths have spiked in Toronto, and our community is among the most affected."

Paul also stressed the lighter side of life in the area, which she praised for its compassion and community spirit.

"You can see it in the community gardens, the annual festivals, the food banks and the small businesses. This community is doing all that it can for itself. It just needs a little more help."

Paul is expected to hold a news conference shortly before noon on Thursday.