Prairie farmers beset by drought and plagues of grasshoppers 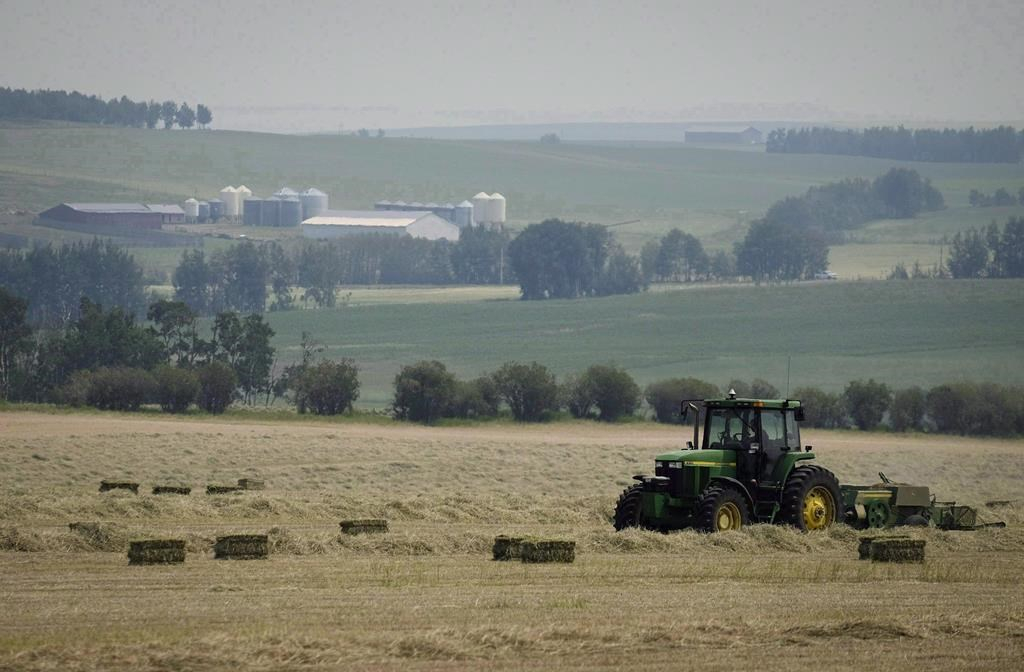 Farmers are calling for emergency disaster relief as drought ravages crops and pastures across the Prairie provinces and beyond.

Scorching temperatures and little to no rainfall have left crops in poor condition across wide swaths of Alberta, Saskatchewan and Manitoba. In some parts of the country, grasshoppers have infested fields. Several municipalities have declared states of agricultural disaster and ranchers say they are running out of hay to feed their cattle.

On his ranch near Moose Jaw, Sask., Kelcy Elford said conditions are the driest he's seen in more than 20 years. Much of the crop he planted for grazing didn't germinate at all and the parched soil is cracking. Watering holes on his land are either going dry or are algae-covered, and some have become so alkaline they're actually poisonous to cattle.

"When you look over some of the pastures it’s a brown, almost gold colour. Because the grass that did grow here cooked after it grew," said Elford, who is president of the Saskatchewan Stock Growers Association. "In the areas where it’s quite bad it almost looks grey. There’s just no moisture there whatsoever.”

Drought conditions are also causing problems in western Ontario and in B.C., where active wildfires are significantly impacting agricultural producers.

Brady Stadnicki, spokesman for national lobby group the Canadian Cattlemen's Association, said the situation is so widespread there are concerns it could result in a long-term reduction in the size of the Canadian cattle herd. He said CCA is hearing reports from ranchers across the country who say they may have to sell off up to 40 per cent of their herds before winter because they know they won't have enough food for them.

"We're hearing there’s some hay that isn’t even being sold at a price. It’s going for auction because it’s so valuable," Stadnicki said. “There’s really big implications for the industry here. That’s a huge priority for us, to maintain that national cow herd."

The government of Saskatchewan has already announced some drought relief, and will allow grain farmers with crop insurance to write off crops that have been damaged by sun and heat.

Cattle ranchers will then be able to go in and salvage what they can for feed. Saskatchewan is also providing more funding for water projects like wells and dugouts.

The CCA and other farm groups are pushing for other provinces to follow suit. They are also calling for emergency relief funding through the AgriRecovery framework, a federal-provincial disaster assistance program. The country's agriculture ministers discussed the issue at a virtual federal-provincial-territorial meeting Thursday.

Federal Agriculture Minister Marie-Claude Bibeau said in a statement that she was working closely with her provincial partners to monitor and respond to the evolving drought situation in the western parts of Ontario, the Prairies and British Columbia.

She said the federal government is ready to do what it can to make sure its programs are adequately responding to the crisis, including business risk management programs.

In particular, she said that provinces affected by the drought could invoke the late participation provision of AgriStability to allow more producers to access the support the program provides.

Bibeau said she has urged Prairie governments to match the federal offer to raise AgriStability compensation rate to 80 per cent, "which would benefit distressed farmers now more than ever."

"This change would mean an added $75 million nationally into the pockets of farmers who need it the most every year," Bibeau said following the meeting.

Dean Hubbard, who farms near Claresholm in southern Alberta, said the temperature hit 36C on his property on June 30 and is forecast to hit that same eye-popping number on Monday. There is no rain expected in at least the next 10 days.

“Our peas at this point have very few pods, and they’re so short I’m not sure how anyone would harvest them. The spring wheat is quite thin and very short," Hubbard said. "There's been no other year like this."

Hubbard said in some parts of Alberta, even if rain comes now, it will be too late to salvage much of the crop.

"Mentally it gets pretty tough," he said. “Just the fact of putting so much work into getting a crop and watching it wither up on you, to me that bothers me."

This summer's drought follows multiple consecutive years of below-normal precipitation in many parts of farm country. Experts say severe weather events will become more common in years to come due to climate change.

Why Canadian farmers should harvest lessons from the North