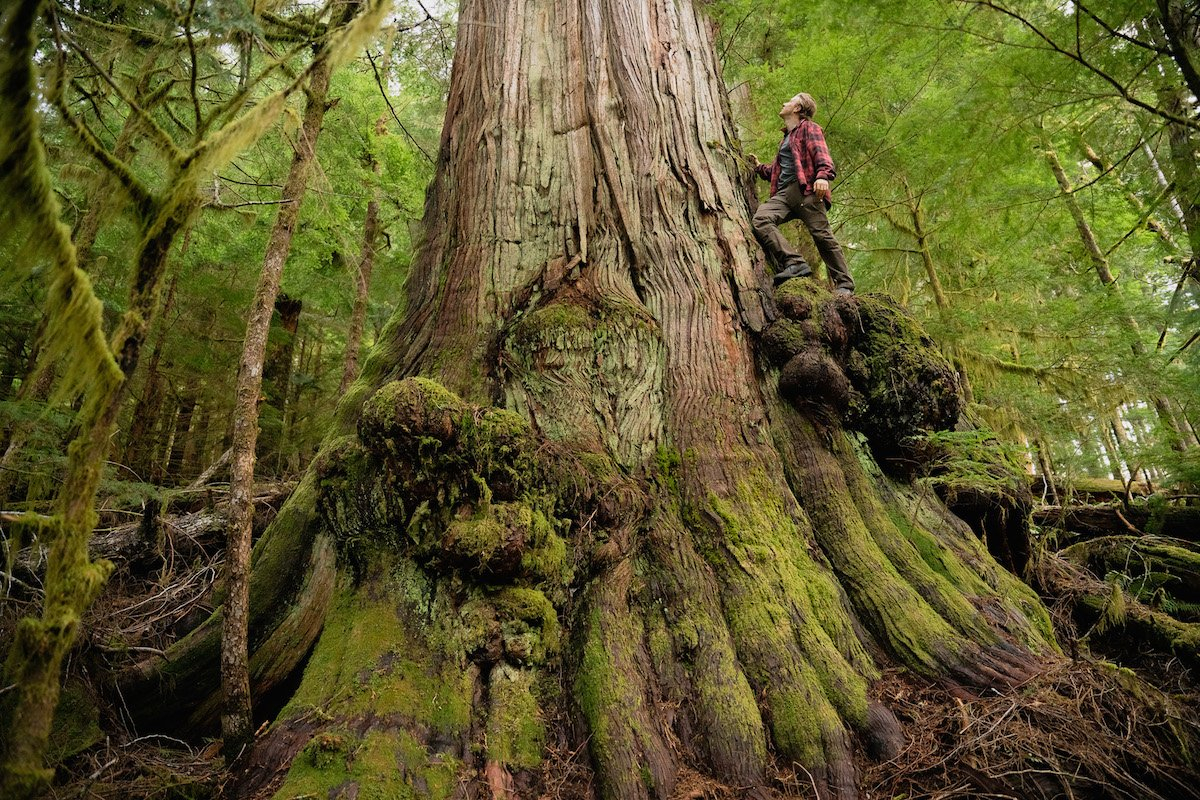 Lawyers for the RCMP and logging company Teal-Jones were at the hearing, arguing the media restriction during Fairy Creek arrests was fair. Photo by Will O'Connell
Previous story
Next story

After a two-day hearing outlining the ways RCMP have restricted media access at Vancouver Island’s Fairy Creek blockades, a B.C. Supreme Court judge has ruled in favour of journalists.

The case was brought forward by a coalition of journalism organizations, including Canada’s National Observer. The coalition’s lawyer on the case, Sean Hern, successfully argued for a clause to be inserted in April’s B.C. Supreme Court injunction barring the RCMP from interfering with media access at Fairy Creek. The area, around Port Renfrew, B.C., has been sprinkled with blockades set up to oppose old-growth logging since August 2020, in the traditional territory of the Ditidaht and Pacheedaht First Nations.

The coalition filing the legal application to the B.C. Supreme Court also includes the Canadian Association of Journalists (CAJ), The Discourse, IndigiNews, Ricochet Media, Capital Daily Victoria, The Narwhal, APTN, and Canadian Journalists for Free Expression. The application was filed in B.C. Supreme Court in May after continued RCMP interference with media attempting to cover the story, outlined in a timeline released by the CAJ.

It’s hopeful and welcome news for Canada's National Observer, said CEO and editor-in-chief Linda Solomon Wood, who added she looks forward to seeing how the situation at Fairy Creek will change moving forward.

“Looking out over the landscape in Canada today, we see so many things happening where, particularly with climate change (and other) areas where the public's interests are at stake and where people are up against very challenging situations, it's so important that journalists have the ability to get in there,” she said. “And to bring that story back to the public.”

Before the hearing, the coalition reached out to the RCMP asking to discuss concerns around press freedom, as well as specific options. However, Ethan Cox, editor and co-founder of Ricochet Media, explained the coalition got a letter in return stating that the RCMP didn’t have time.

Lawyers for both the RCMP and logging company Teal-Jones were at the hearing, arguing that the media restriction during Fairy Creek arrests was fair because in their eyes, media access was already adequate, they were worried about the safety of journalists, and that the law already outlines rights for media.

The ruling, although in favour of the media, doesn’t actually restrict the RCMP in specific ways, says Cox. Depending on what comes of media interactions with RCMP post-ruling, the group is prepared to return to court if access continues to be restricted.

CAJ president Brent Jolly says it’s an important ruling for the larger picture of press freedom in Canada. On Monday, Canadian Press photojournalist Chris Young was arrested while covering the eviction of 30 unhoused residents of Toronto’s Alexandra Park. There are other recent instances of police arresting journalists, such as in September 2020, when Karl Dockstader, the recipient of the 2020 CJF-CBC Indigenous Journalism Fellowship, was arrested while covering the 1492 Land Back Lane occupation in Caledonia, Ont.

A set of written judgments is set to be released in coming days, said Hern, who explained that those will outline more specifics on why the judge ruled the way he did, as well as hopefully “... some helpful direction to the RCMP as to the court's perspective on exclusion zones.”

The coalition’s lawyer on the case, Sean Hern, successfully argued for a clause to be inserted in April’s B.C. Supreme Court injunction barring the RCMP from interfering with media access at Fairy Creek. #Logging #BC

Ultimately, Jolly said the ruling is something to celebrate.

“This is a really monumental achievement for this group and, in my humble opinion, sort of a strong affirmation that what we've been saying all along in this group, and amongst this group ... that the public's right to know is worth fighting for, and that democracy demands freedom of the press,” said Jolly.

I believe that the ruling to

I believe that the ruling to allow media access to the Fairy Creek logging area is a solid win for all the media outlets and the CAJ.

I would go further by suggesting that the RCMP or any police force should consistently include the media in such events.

Too often the police are viewed as acting as the private security force for the forestry or mining corporation as opposed to being on-site to keep the peace and to ensure the safety of all. Having the media present helps to ensure that no one is confused about their role. Some corporations seem to use the RCMP as their hired security; not so as they work for all sides!

It doesn’t matter what public

It doesn’t matter what public opinion is in this case: the RCMP is acting in accordance with a court order, not with some imagined agenda of its own.

Absolutely some companies use the police as security—just like any citizen who needs police. We pay taxes to have such security and using it when needed does not abrogate that contract. But it should be noted that companies themselves do not hire police—as your wording implies—but, rather, apply to the courts which may or might not issue and injunction or other order which authorizes use of the public security agency.

Naturally, such court orders may be challenged In court by anyone.

The RCMP does indeed have protocols for dealing with news media, but whether or not media should be allowed at Fairy Creek is subject of a specific court order which, as with any case, depends on the nature of circumstances and law; the order takes priority over RCMP public relations policy. The RCMP’s job in this instance is primarily to execute the court order, not appease news media or anyone else.

There is a plausible argument that allowing mews media in would exacerbate the problems involved in enforcing the court order. For example, knowing news media will be broadcasting from the site might attract more people to breach the court order in to further their cause by way of broader propaganda. A judge weighs the risks and benefits. As mentioned, this ruling does not specifically limit what the RCMP may deem appropriate in executing the court order safely.

Again, the court order, not Charter Rights or public interest, takes priority, as it should.

The RCMP have no agenda? This

The RCMP have no agenda? This is no different than burning barns. They are a force with their interpretation of what the law means and how democratic citizens should be treated. Imagine what they would be doing if there was no news coverage.

Authority exists in law to

Authority exists in law to shut the Fairy Creek area down for everyone. While more complex legal arguments might sway a judge this way or that, fire-risk closure imposed by any of a number of authorities (from a ministry to a fire marshal, for examples) is one issue impossible to argue with.

The real question is—or will be very soon if it doesn’t rain—is whether anyone—including protesters, observers, and news media—but excepting fire look-outs and/or fire fighters, should be allowed in the area due to extreme wildfire risk. Breaching a closure order, no matter which authority issues it, is impossible to defend against in court. Complicity in igniting a fire is indeed a serious offence in terms of timber, wildlife, and human properties lost. Igniting a wildfire where anyone gets killed as a result is, naturally, a capital (i.e., most serious) offence.

It would be, I imagine, a simple thing for news media to be prohibited from entry into the woods because of extreme wildfire risk.

In other words, this decision is far from the “huge win” news media and protest sympathizers like to think it is.

With respect, that's introducing a whole province of red herrings, and ignoring that the press is not the general public.
Why is it I wonder that whenever the rights of the press or public butt up against the will of the extraction industries, someone attempts to execute a netful of red-herring distractions?
There are always exceptions to what some thinks is written in stone and clad in iron. Consider evacuation orders: police are bound to assist, but can't force ppl to leave who insist on staying.
The police do what they do for corporations because they are given goodies, including some of that military-style gear. And the RCMP regularly exceeds its authority, "misinterprets" the law, abuses citizens, destroys evidence, etc. etc. etc.
The only educational requirement is hs graduation. That gets you a half-year training program (with a training allowance better than minimum wage), and within 3 years that rises to $45-50 an hour, which can be hugely supplemented by private side-gigs for industry, etc.
Back in the day, working for the RCMP meant not working for anyone else.
That it is not so any more could be changed, had our government the will to do anything the massive extraction corps might not like.
We're not talking here about police acting within the law. What the judge just did is to clarify for all concerned that they acted outside the bounds of their authority. It's got nothing to do with fire hazard.