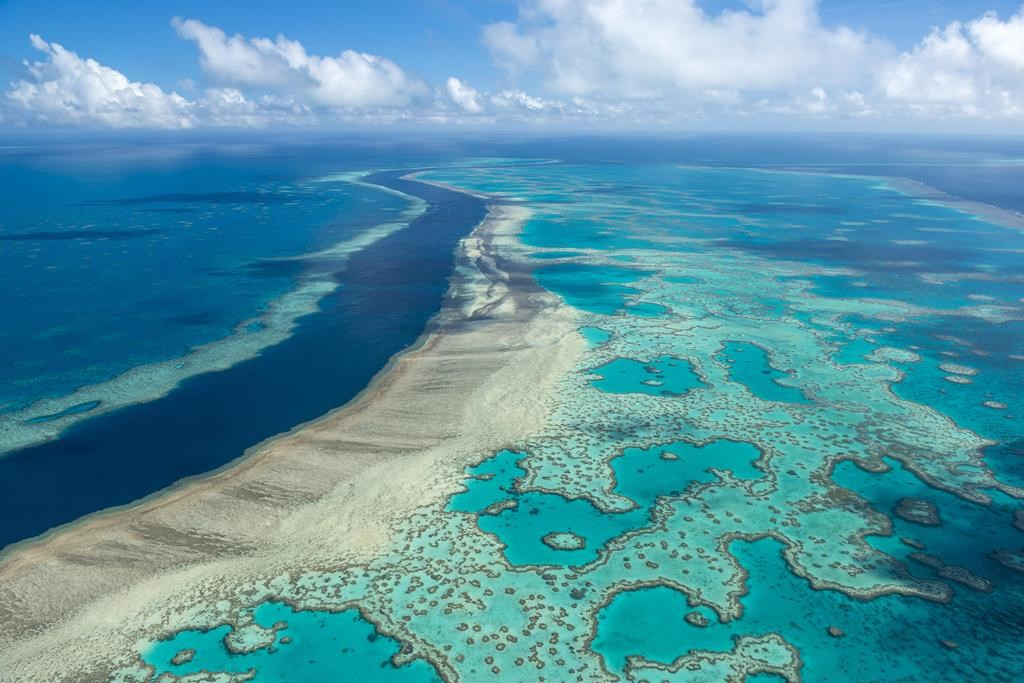 Australia on Friday garnered enough international support to defer an attempt by the United Nations’ cultural organization to downgrade the Great Barrier Reef’s World Heritage status because of damage caused by climate change.

UNESCO had recommended that its World Heritage Committee add the world’s largest coral reef ecosystem off the northeast Australian coast to the World Heritage in Danger list, mainly due to rising ocean temperatures.

Australian-proposed amendments to the draft decision at a committee meeting in China on Friday would have deferred the “in danger” question until 2023.

But Norway moved amendments that put the reef back on the committee’s agenda at its annual meeting next June.

In the meantime, a monitoring mission will visit the reef to determine how the impact of climate change can be managed.

Australian Environment Minister Sussan Ley told the virtual meeting that downgrading the reef’s status before the committee had finalized its own climate change policy made no sense.

“Delegates, we ask only two things: time for experts to see first hand our commitment to the reef, its present condition and our management, and for the final climate policy to provide a consistent framework for addressing the impacts of climate change on all World Heritage properties,” she said from Australia, where she in in quarantine after lobbying delegates in Europe and the Middle East on the decision.

In 2014, Australia was warned that an “in danger” listing was being considered rather than being proposed for immediate action.

Australia had time to respond by developing a long-term plan to improve the reef’s health called the Reef 2050 Plan.

Since then, the reef has suffered significantly from coral bleaching caused by unusually warm ocean temperatures in 2016, 2017 and last year. The bleaching damaged two thirds of the coral.

Australia reacted angrily last month when the draft decision was published to remove the network of 2,500 reefs covering 348,000 square kilometers (134,000 square miles) from the World Heritage list it joined 40 years ago for its “outstanding universal value.” The “in danger” listing is one step away from losing all World Heritage standing.

“This decision was flawed. Clearly there were politics behind it,” Ley said at the time.

Many in Australia’s conservative government saw the move as an attempt to pressure it into committing to reducing the nation’s greenhouse gas emissions to zero by 2050 and to stop allowing coal mines to be expanded.

“Accelerated action on climate change on all possible levels, in accordance with the 1.5 degree target under the Paris Agreement for Climate Change, and the recovery of the property from poor water quality are both vital and are urgent to secure the outstanding universal value of the Great Barrier Reef for present and for future generations,” Douvere said.

Greenpeace said in a statement that the committee had missed an opportunity to shine a light on Australia’s neglect of a natural wonder.

The Chinese host of the committee meeting in the city of Fuzhou this week defended the proposed “in danger” listing against Australian government suspicion that China influenced the finding for political reasons.

“Australia, as a member state of the World Heritage Committee, should ... attach importance to the opinions of the advisory bodies and earnestly fulfill the duty of World Heritage protection instead of making groundless accusations against other states,” said Tian Xuejun, the Chinese vice minister of education and the president of this year’s session.

China’s representative said during the debate that his nation “supports the emerging consensus” to defer the “in danger” question.

Before the committee’s ruling, Jodie Rummer, a research fellow at the Australian Research Council Center of Excellence for Coral Reef Studies, said the “in danger” designation was needed to get Australia to act on climate change.

The deferral sidelines Australia’s management of the reef as an issue at elections due by May next year at which the government will seek a fourth three-year term.

This story was first published on July 23, 2021. It was updated on July 25 to correct that the Great Barrier Reef was deferred from the World Heritage Committee agenda for one year, not two.