Logging plays by its own rules in Canada’s climate targets 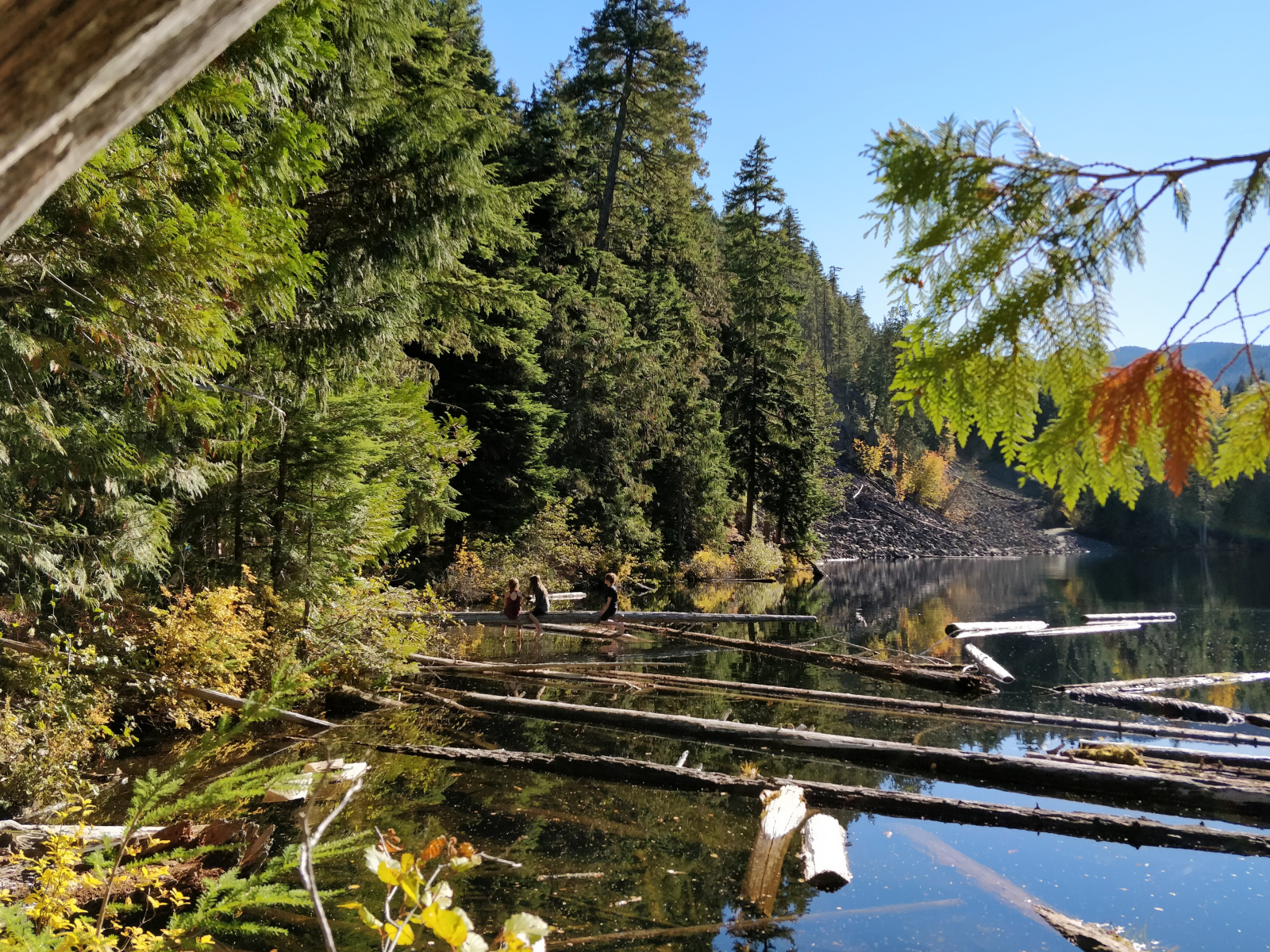 When it comes to climate change, Canada has opted for a different rulebook for the logging industry. Photo by Wikimedia Commons
Previous story

The Canadian government’s new emissions targets, which were formally submitted to the United Nations this week, reinforced the country’s forest-sized blind spots in its climate policy. Despite growing calls internationally for safeguarding climate-critical forests and reining in forestry sector emissions, Canada has opted for a different rulebook for the logging industry. Not only does this rulebook grant a free pass to one of Canada’s most significant sources of emissions, but, in treating forest emissions as a form of climate change “extra credit” rather than its own imperative, Canada is opening a floodgate of fossil fuel loopholes and undermining the integrity of its broader climate commitments.

Preserving the world’s remaining primary forests, just like decarbonization, is critical to avoiding the worst impacts of climate change. The stakes are particularly high in Canada. The Canadian boreal forest holds twice as much carbon as the world’s oil reserves, and, per acre, nearly twice the carbon of tropical forests. Despite the forest’s climate importance and Canada’s commitment to natural climate solutions, Canada in recent years has had the world’s third-highest intact forest landscape loss, behind only Russia and Brazil, and among the highest tree loss per capita.

The climate impacts of this forest loss eclipse emissions in some fossil fuel sectors. When primary or old-growth forests are clear-cut, they release vast amounts of stored up carbon into the atmosphere, while also losing their ability to continue sequestering carbon. The carbon debt from industrial logging in the boreal can last for centuries, long past the 10 years scientists have said we have to avoid catastrophic climate outcomes.

The atmosphere doesn’t discern between carbon emitted from forests and carbon from fossil fuels — but Canada does.

Both in the way it accounts for its forest carbon and in its exemption of the logging industry from federal carbon pricing, Canada’s new nationally determined contributions (NDCs) have perpetuated giant carve-outs for the logging industry that jeopardize the country’s commitments to natural climate solutions and undermine the credibility of its overall climate ambition.

Canada’s choices about what to account for in its forestry sector allow it to paper over logging’s emissions and claim the forest as a larger carbon sink than it is. As organizations like Wildlands League have highlighted, provinces’ satellite technology isn’t detailed enough to actually pick up on failed forest regeneration following logging, meaning Canada’s annual emissions inventory is likely including carbon sequestration from regrowing forests where there’s nothing but barren scars.

But the problem is also much more vast, involving how Canada decides what forests to include and exclude from its carbon inventory. The inventory is meant to capture anthropogenic climate impacts, meaning that it should only represent human-caused emissions and sinks. As a result, Canada excludes from its inventory emissions from wildfires, as these wildfires are arguably not anthropogenic — although in the age of climate change, the line between human-caused and natural disturbances is growing increasingly thin. But, at the same time, Canada includes vast swaths of natural forest that have had no human influence at all. These forests, which are slated for logging at some point in the future but have not yet been cut and regenerated, lie in a policy interstice, somewhere between the tread of a bulldozer and the ink of a protected area boundary. They’re not permanently protected from logging, but nor are they the product of post-clear-cut regeneration, lying outside significant human influence. Yet Canada’s inventory still defines them within Canada’s “managed forest” and counts them as a sink.

This means that Canada is selectively excluding non-anthropogenic factors, counting natural processes like carbon absorption from primary forests when it benefits the inventory, and excluding them when it doesn’t, as with areas impacted by wildfires. This creates a skewed portrait of the carbon flows in its forests and, ultimately, adds an inflated carbon sink to the inventory that helps bury industry-caused emissions.

Canada’s NDCs also foreshadow a framework that will not only hamper efforts around protecting high-carbon forest ecosystems, including through incentivizing the development of the carbon-intensive wood pellet sector through its $1.5-billion investment in a Clean Energy Fund, but that will lessen its ambition on decarbonization.

While Canada has a carbon pricing framework, which the Supreme Court of Canada upheld as constitutional earlier this year, the logging sector isn’t included. This means there are no mechanisms to hold the industry accountable for its emissions or to incentivize the adoption of climate-friendlier logging practices, such as avoiding primary forests and adopting longer harvest rotations.

Instead, Canada’s NDCs discuss logging as part of an “offsets strategy” that essentially treats logging emissions as a writeoff for the fossil fuel industry, rather than its own independent climate priority. Not only are offsets strategies prone to abuse, but safeguarding climate-critical forests isn’t an optional strategy that can substitute for reductions in fossil fuel emissions. To meet the level of ambition needed to keep warming under 1.5 C, Canada needs to both achieve a decarbonized energy economy and maximize the carbon storage in its forests.

The atmosphere doesn’t discern between carbon emitted from forests and carbon from fossil fuels — but Canada does, writes @jen_skene. #ForestCarbon #NaturalClimateSolutions #PrimaryForests

There is one key difference between the logging and the fossil fuel sectors: while fossil fuels can’t coexist with a climate-safe future, the logging industry can. Canada’s unprecedented commitments on natural climate solutions position it to become a global leader on forest protection and to help align its logging sector with growing calls internationally for climate-friendlier practices.

Instead, these new NDCs mire the logging sector in outmoded, dangerous frameworks and threaten to undermine Canada’s credibility internationally. Writeoffs, creative accounting, and exemptions may obscure the central role of forests, just like decarbonization, in the global climate fight. But special treatment for the logging sector doesn’t extend to the lived reality of the climate crisis. In allowing the logging sector to play by its own rules, we all lose.