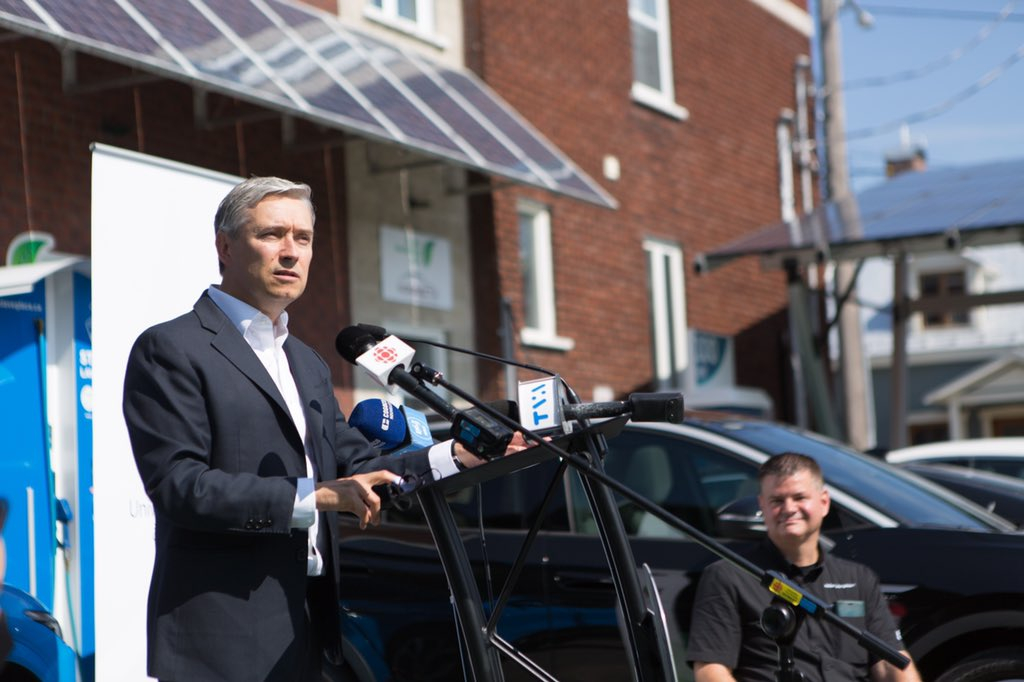 Innovation, Science, and Industry Minister François-Philippe Champagne is casting Ottawa’s recent investments to decarbonize heavy industry as a way to competitively position Canada in the global economy, but some are questioning if the country is betting on the wrong horse.

Recently, the department announced a flurry of new investments to help heavy industry lower its greenhouse gas emissions. Earlier this month, it kicked $25 million to Svante Inc.’s $97-million carbon capture project to be deployed at cement and blue hydrogen plants. Only a couple days before that, $420 million was announced to help Algoma Steel phase out its coal-fired blast furnace. And only a few days before that announcement, $20 million (on top of $60 million contributed in 2018) was given to the ELYSIS joint venture between Rio Tinto and Alcoa for zero-carbon aluminum smelting.

When it comes to heavy industry, Champagne says this funding tells investors Canada is a safe place to invest because it signals government supports the green transition.

“We are in a global competition. The investments that you've seen here in Canada could've happened elsewhere, so that's why I'm always on my toes to make sure we attract these investments because this is very competitive,” he said.

Champagne points to the multibillion-dollar blue hydrogen complex announced in June by Air Products, which he says shows the country is skating to where the puck is going, but that the government’s role is to attract investment, not necessarily lead it.

Air Products is “getting support from the government of Canada and Alberta, but by far the company is putting the largest portion (in), and they have big plans for Canada,” he said.

Air Products Canada, a subsidiary of its Pennsylvania-headquartered parent company, is moving forward on a $1.3-billion carbon capture and hydrogen production complex in Edmonton. The plan is to capture 95 per cent of carbon from natural gas used in the production of hydrogen-fuelled electricity and liquified hydrogen. It’s expected to be operating by 2024.

The twin bets on carbon capture and blue hydrogen are seen by many as a strategy to keep Alberta’s oil and gas industry propped up as the world transitions off fossil fuels.

“If you compare blue to what's currently being produced, is it an improvement? Yes,” she said. “But long term, is blue hydrogen what the world wants? No, it's not.

“If you compare blue to what's currently being produced, is it an improvement? Yes. But long term, is blue hydrogen what the world wants? No, it's not," says @sarahcpetrevan of @cleanenergycan. #cdnpoli #hydrogen

Petrevan says Canadians should think about the country in the context of a global energy transition to understand the strategic investments in decarbonizing heavy industry. That’s because an early step for many countries was to introduce carbon pricing, but as the transition off fossil fuels happens, the concept of carbon border adjustment mechanisms — essentially taxes applied to foreign goods based on their GHG impact — is becoming mainstream.

This is the major fork in the road for Canada’s economy, because if carbon tariffs become common, then internationally, Canadian companies will rise and fall based on how green their products are.

“Canada's opportunity is very much pinned to the fact we've got an 83 per cent non-emitting clean electricity grid, which is the envy of a number of jurisdictions, including the United States,” said Petrevan.

“If these are the industries that we are going to need in the future, we actually need to make strategic investments in helping them transition, because this is not only our environmental imperative, but it's actually our economic imperative,” said Petrevan.

She called decarbonizing heavy industry “the next frontier” given its steep challenges, but noted Canada has been identified as one of the few countries with high potential to export clean hydrogen.

If blue means we continue

If blue means we continue fracking.....than capturing the CO2 from the hydrogen production, even if you can successfully do that up to 95% and find somewhere to store the carbon that is leak proof...........you still have the problem of the environmental damage caused by the fracking inself.

I know we've come to think of the earth as an inert and empty landscape waiting impatiently to be 'developed'.......but colonial ideologies don't know as much about the land they resource as they think they do. Busting up the shale of deep earth, and projecting valuable water at pressure to bring out perhaps a year's supply of tight gas, is costly.

Nor does it consider the clean up or remediation costs in its 'economic' bottom line. Fracking isn't Green.........and nor are the folks who continue to pursue it....so if that's what's producing the 'blue' hydrogen....it's a pretty muddy blue when those externalities are factored in.

Go Green..........we don't have time for these long oil and gas transitions. Not any more.

Hydrogen (grey, blue or even

Hydrogen (grey, blue or even green) is viable past a couple of small niches only to the extent that government prop up currently-very-rich bad actors. If there's one thing I hate more than actual free markets (which are anyway pretty much mythical), it's pretend free markets actually dominated by subsidies going preferentially to those who damage the public the most.

The steel plant subsidy to phase out coal seems not such a bad idea though.

Blue hydrogen uses gas-fired steam to get hydrogen from gas. Methane leaks, from gas extraction, have recently been confirmed to be twice as high as previously assumed in BC. Methane accounts for 30% of climate heating. Fracking water pollution and earthquakes, and health costs of non-Carbon air pollution hurt Canadians. Who pays to clean up the extra wells, gas and CO2 pipelines?
Converting gas to hydrogen, and then to electricity (or worse yet, blending H into fossil gas to prolong infrastructure) is Olympic style gymnastics that will delay direct electrification with clean energy.
Taxpayers should fund efficiency, EVs, charging, heat pumps and re-employ oil & gas workers in geothermal and well cleanup, not more CCS and blue hydrogen.