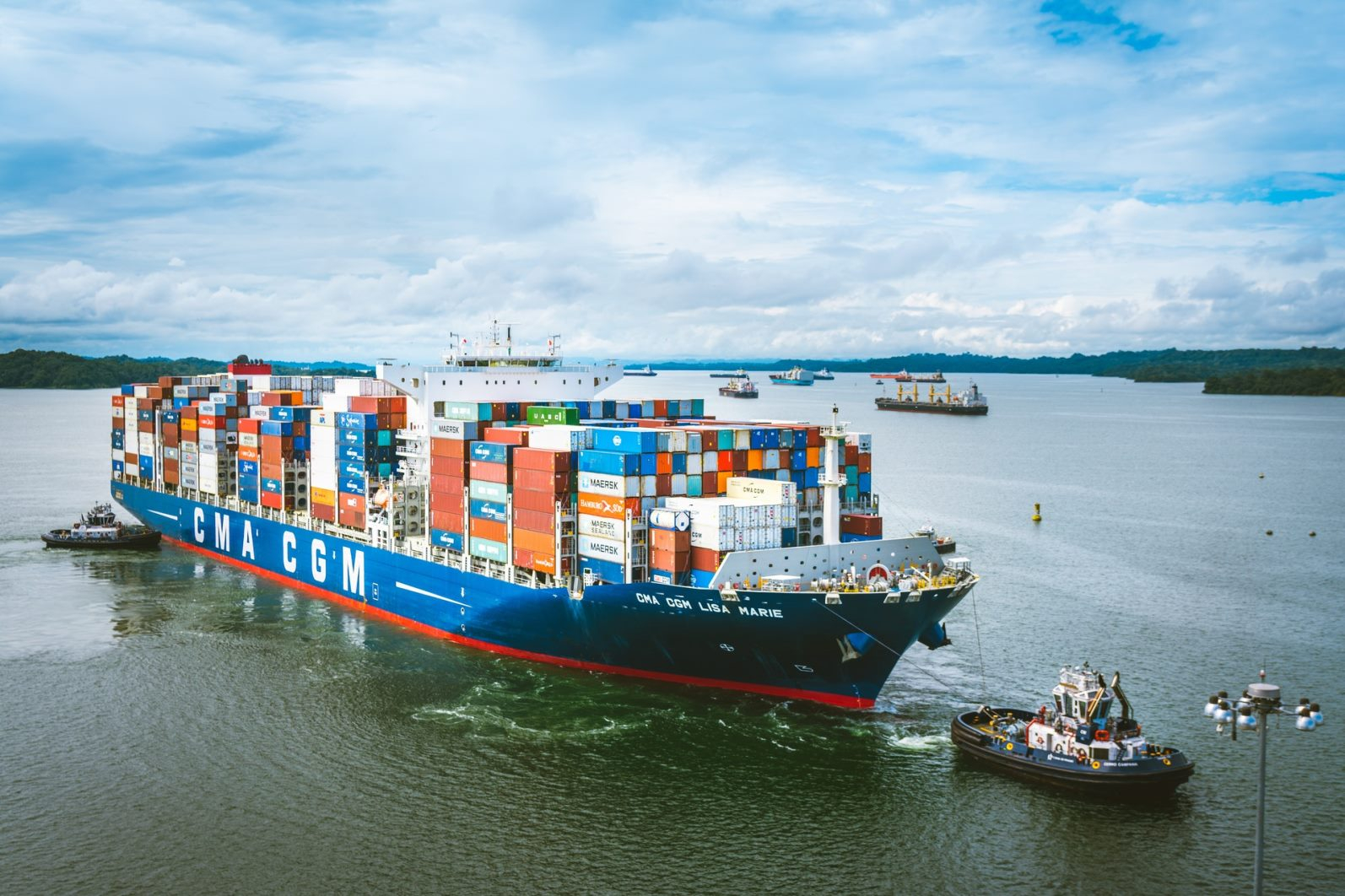 In 2019, importing some 3.8 million shipping containers’ worth of cargo generated as much carbon dioxide emissions as three coal-fired power plants. Photo by Victor Puente / Pexels
Previous story
Next story

Take a look around your home and you’ll likely find plenty of goods that travelled by cargo ship to your doorstep. A set of IKEA plates made in China. A dresser full of pandemic-era loungewear, ordered on Target and made in Guatemala, Sri Lanka, and Vietnam. Tracing the impact on the environment from shipping any of these goods is incredibly tricky to do. The data — if you can find it — involves many companies, countries, and cargo carriers.

Such obscurity makes it hard to count the full cost of our consumption. But a recent report helps unravel some of the mystery.

Two environmental groups, Pacific Environment and Stand.earth, worked with prominent maritime researchers to track goods imported by the 15 largest retail giants in the United States. They then quantified the greenhouse gas emissions and air pollutants associated with those imports, usually ferried across the oceans on cargo ships running on dirty bunker fuel. In 2019, importing some 3.8 million shipping containers’ worth of cargo generated as much carbon dioxide emissions as three coal-fired power plants. These shipments also produced as much smog-forming nitrous oxide as 27.4 million cars and trucks do in a year, according to the report.

The study is the first to trace retailers’ shipping-related emissions, and it used data from a separate larger project to track the industry’s emissions that’s set to launch in October. The findings are likely just a snapshot of the true environmental toll: Researchers said they could only verify emissions for one-fifth of shipments by the 15 retailers, owing to a lack of data and the companies’ use of shell companies and franchises.

The largest retail company in the United States, Walmart, was also the biggest polluter of the bunch. In 2019, Walmart imported enough goods to equal 893,000 shipping containers, resulting in some 3.7 million metric tonnes of carbon dioxide emissions.

Maritime shipping is a crucial part of the global economy. About 80 per cent of everything bought and sold travels on oil-burning, seafaring freighters at some point. All that shipping activity accounts for nearly three per cent of the world’s annual greenhouse gas emissions, as well as a significant share of air pollution in coastal communities. The International Maritime Organization, which regulates the industry, has recently adopted measures to curb cargo ship emissions and reduce fuel consumption. But experts say stronger regulations and bigger investments are needed to steer the industry away from fossil fuels and toward cleaner technologies, such as hydrogen fuel cells, batteries, and wind-harnessing devices.

Another way to spur companies to action is through accounting — figuring out how many emissions are produced by which activity, from which company, at which location. In the world of ocean freight, a shipment of cargo can pass through many hands and even owners between the time it leaves a factory and reaches a warehouse on the other side of the planet. The goal of the new research, Rose said, is “to bring baseline environmental and public health accounting oversight to this incredibly murky issue.”

For the report, the environmental groups commissioned University Maritime Advisory Services, or UMAS, a well-regarded research consultancy in London. UMAS has developed a proprietary tool for estimating fuel consumption and emissions from individual ships and is also a partner in the SEA-CASE project at the Stockholm Environment Institute. That initiative has gathered billions of records on vessel movements, detailed shipment lists, import and export data, and other information from big economies like the United States, Brazil, and China.

Maritime shipping is a crucial part of the global economy. About 80 per cent of everything bought and sold travels on oil-burning, seafaring freighters at some point. #ClimateCrisis #CO2 #GHG

“Once you combine all of that data, it’s a very powerful thing,” said Javier Godar, a senior research fellow at the Stockholm Environment Institute, who was not directly involved in writing the July report. “You can really start looking at responsibility for those emissions.”

Representatives from Walmart and Amazon didn’t comment directly on the study, but provided information on their companies’ efforts to curb emissions from their supply chains. In response to a request for comment, a Target spokesperson said the company is committed to “reducing our shipping carbon footprint,” as it works toward becoming a “net-zero enterprise” in its operations and supply chain by 2040.

A spokesperson from IKEA, which came in seventh place for CO2 output, said addressing emissions from cargo ships is “a significant topic” for the Swedish furniture giant. Ocean shipping accounts for about 40 per cent of IKEA’s total carbon emissions from transportation. The spokesperson said the company is working to reduce its carbon footprint from every shipment by 70 per cent on average by 2030. To that end, IKEA participated in a 2019 pilot project to test biofuels in an ocean-going container ship.

Researchers who worked on the retail-focused report said it took them months to scour and analyze data. And it has taken years to develop the statistical models and build the database that underpin the recent findings.

Godar said his ship tracking efforts began in 2014 with the launch of Trase, an online database that follows the flow of agricultural commodities that are driving deforestation in tropical countries. A United Nations report might show the total amount of soy shipped from Brazil. With Trase, however, the idea is to discern whether that soy came from, say, illegal logging in the Amazon rainforest or a legal farm elsewhere, and then follow that to the final customer.

Researchers are increasingly able to access such valuable information as more companies keep records in digital form, Godar said, and as the ability to “scrape” data from the internet improves. Still, there are limits. Most data isn’t publicly available, and it’s expensive for researchers to buy. Godar hasn’t been able to get a hold of shipping-related data from the European Union and other countries, which leaves an informational black hole.

A beta version of the SEA-CASE platform will launch this fall and be free for anyone to access. A preview over Zoom showed a flurry of yellow lines connecting continents, each one revealing a detailed breakdown of a particular voyage in 2019. A casual user could, for example, trace coffee imports by Starbucks into the United States, then see the carbon emissions associated with the shipments.

“Companies can move very fast when motivated,” he said. “It’s to their advantage to show their loyal customers they care about the climate and are taking action.”

If you have ridden a ferry

If you have ridden a ferry boat, you have probably noticed the water furiously boiling up behind it, not just on start-up, but all the way across. That is because the propellers are tiny, sized to avoid hitting bottom, so they slip very badly, always working on water that is running away. If ocean freighters would just deploy large, efficient propellers once in deep water, they would save 20% on fuel. The human-powered aircraft that flew from Crete to Greece was so gentle on the air that it's air-speed pickup was behind the propeller. In an end view, the proportions of prop disk and other areas should be similar. Engineering details available.