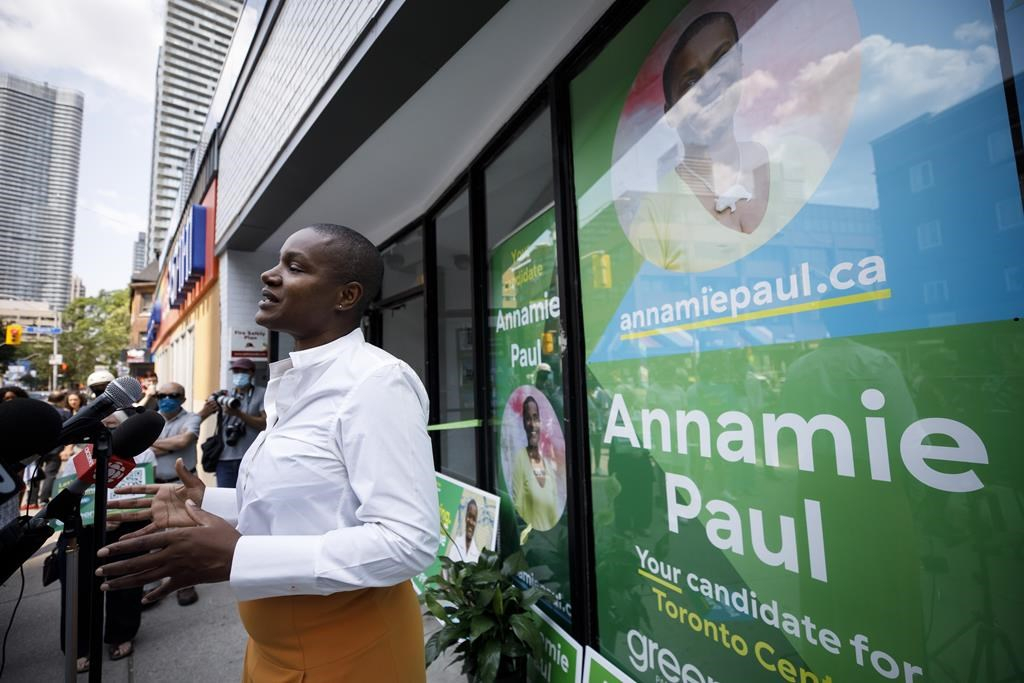 A pair of top officials are departing the Greens as financial strain and internal strife continue to take a toll on the party ahead of a likely election this year.

Leader Annamie Paul's interim chief of staff Phil Spidle was laid off by party brass last week, the latest casualty in cuts that have halved the Green staff, according to two senior sources who were not authorized to speak publicly about payroll matters.

Spidle, who headed Paul's leadership campaign last year and worked with the Greens for the past two decades, was on paid leave throughout the summer while he engaged in drawn-out negotiations for a contract to become national campaign director.

The talks were with Doug Tingey, who oversaw the party purse strings until the last couple days, when he abruptly stepped down — the second major departure in less than a week.

Tingey, who was re-elected to a two-year term last month as president of the Green Party of Canada Fund, said in an interview Monday it was "an appropriate time" to resign, but declined to offer a reason.

"I’d like them to get through what they're going through at this point."

He has said the Greens' financial situation is not sustainable, with party executives opting to withhold $250,000 in funding earmarked for Paul's riding campaign in Toronto Centre, according to four party sources.

The party is poised to shell out hundreds of thousands of dollars on legal battles with Paul, heightening acrimony and worsening an already weak cash balance in spite of increased year-over-year fundraising under her 10-month tenure.

At a meeting of the Greens' federal council last month, executives of the party said it spent about $100,000 on legal fees in July, with another $100,000 earmarked for legal expenditures in August, according to two party sources not authorized to speak publicly on the matter.

The past weeks also saw Paul start an arbitration related to her employment contract and moves by party brass to oust her through a non-confidence vote and a membership suspension — both were halted by the independent arbitrator.

In response, several senior officials launched a legal challenge on behalf of the party against Paul that questioned the arbitrator's decision, racking up further costs.

The party has not been able to confirm whether the leader will speak at its first general meeting in three years, which kicks off on Aug. 19, as power struggles and turmoil threaten to overshadow Green campaign efforts in an election expected in the next couple months.

This headline was changed to reflect that the Green Party staffers were laid off.