Alberta backpedals on lifting all COVID restrictions as cases spike 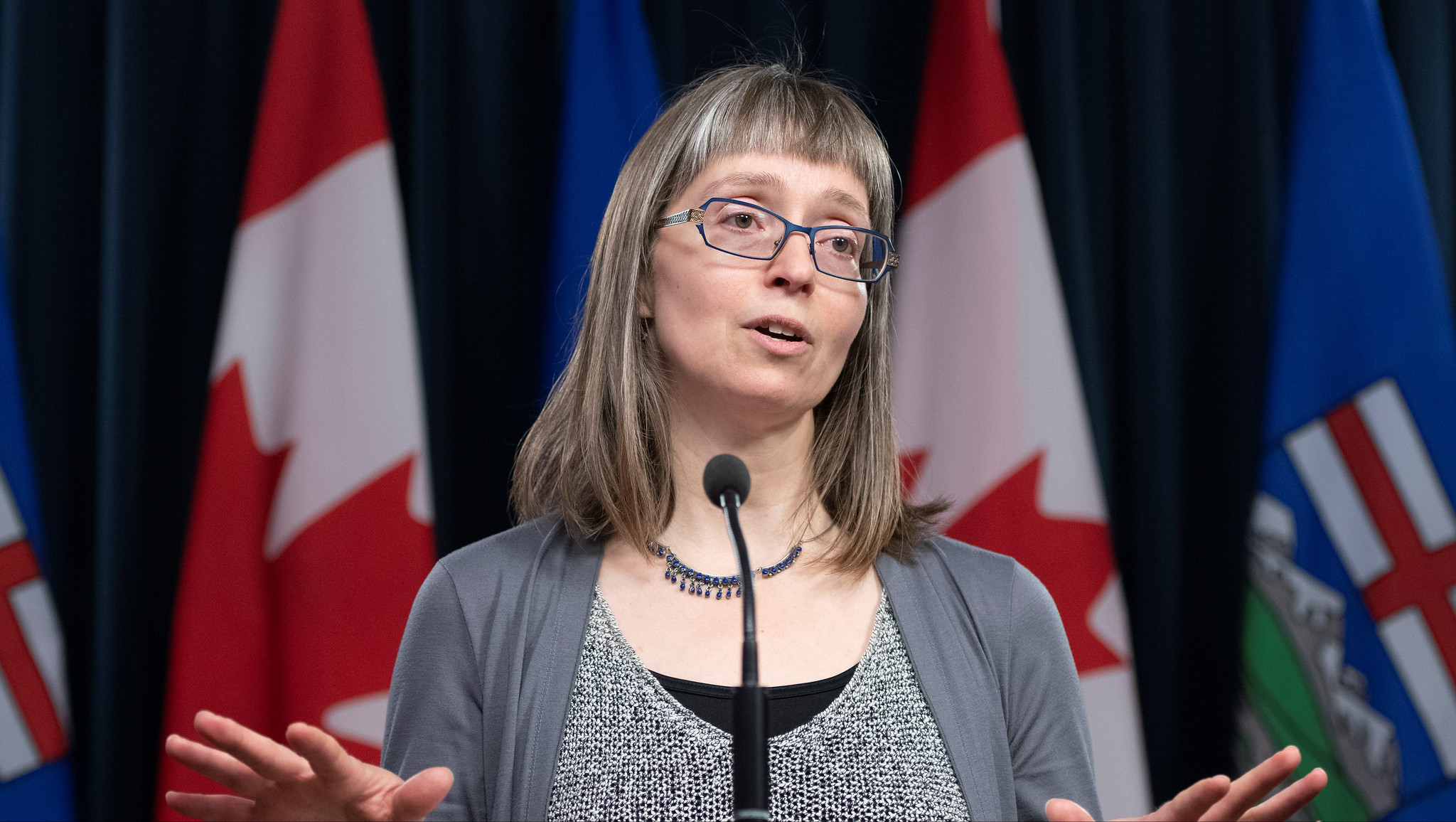 Dr. Deena Hinshaw said an unexpected rise in hospitalizations and emerging data from the United States on pediatric cases linked to the highly contagious Delta variant are reasons for the pause. Photo by Government of Alberta / Flickr (CC BY-NC-ND 2.0)
Previous story
Next story

The Alberta government is walking back its decision to eliminate isolation requirements for people who test positive for COVID-19 after weeks of pressure from local leaders, physicians and families.

Dr. Deena Hinshaw, the province's chief medical officer of health, said the government will also extend a masking mandate for public transit and continue testing for any symptomatic individuals as cases spike.

All public health restrictions were scheduled to lift on Monday, but will now stay in place for another six weeks.

“We are not going backwards. We are pausing to monitor and assess before taking a step forward,” Hinshaw said Friday.

“If monitoring confirms our original expectations that a rise in cases will not lead to high levels of hospitalizations, and we do not see evidence of increased risk for severe disease for children, we will proceed with implementing this next set of changes after Sept. 27.”

Hinshaw said an unexpected rise in hospitalizations and emerging data from the United States on pediatric cases linked to the highly contagious Delta variant are reasons for the pause.

Based on internal modelling, Hinshaw said they expected 90 cases in hospital at this time compared with the 143 people now in hospital — an increase of 62 per cent.

“In the U.S., unfortunately, hospitalizations in children have started to rise, most significantly in states with lower overall immunization rates,” said Hinshaw.

“It seems most likely that the reason for the difference between these two settings is the level of adult immunization, which is protective for children by reduced household and other community transmission.”

Alberta's adult vaccination rate falls between that of the U.K. and poorly performing U.S. states, she said.

Many in the province have expressed concerns about children returning to classrooms in September, especially since those under the age of 12 are not yet eligible for COVID-19 vaccines.

“I want to further monitor these trends,” said Hinshaw. “I do not share this information to cause alarm.

“To date, we have not seen a similar rise in severe cases in youth here in Alberta. Since July 1, we have only had seven cases in hospital under the age of 18.”

Other than a six-week time frame, the province did not outline specific benchmarks that need to be met in order to initiate the final lifting of restrictions.

“I'm concerned that the (Jason) Kenney government is simply kicking the can down the road and Alberta may be back in the same absurd position in late September if cases, hospitalizations and ICU admissions continue to rise,” said Shepherd.

Alberta currently has the highest active COVID-19 case count in Canada with 4,101 infected.

The province will not mandate masks in classrooms and there will be no requirement for Alberta Health Services or schools to alert others of positive cases, she said.

Hinshaw said schools will have the ability to implement additional safety measures, such as masking or physical distancing requirements, that may exceed provincial guidance if they choose.

Jason Schilling, president of the Alberta Teacher's Association, said he is pleased the government kept some public health measures, but said they are unfairly passing on responsibility to school boards.

“We know that this issue has become unnecessarily divisive and political,” said Schilling, noting school boards will now have to “make tough decisions and take the heat.”

He said the government should have developed a provincewide plan based on public consultation. Instead, inconsistent rules across school boards could increase confusion for students, he said.

Changes that took effect on July 29 remain in place.

Close contacts of people who test positive for COVID-19 are not mandated to isolate, and they aren't being alerted by contact tracers. Asymptomatic testing is also no longer recommended.

The province has said Albertans must do their own contact tracing if they are infected outside a high-risk setting.