By John Woodside | News, Business, Energy, Politics, Ottawa Insider | August 13th 2021
#1683 of 2003 articles from the Special Report: Reports from the Race to a Safer World 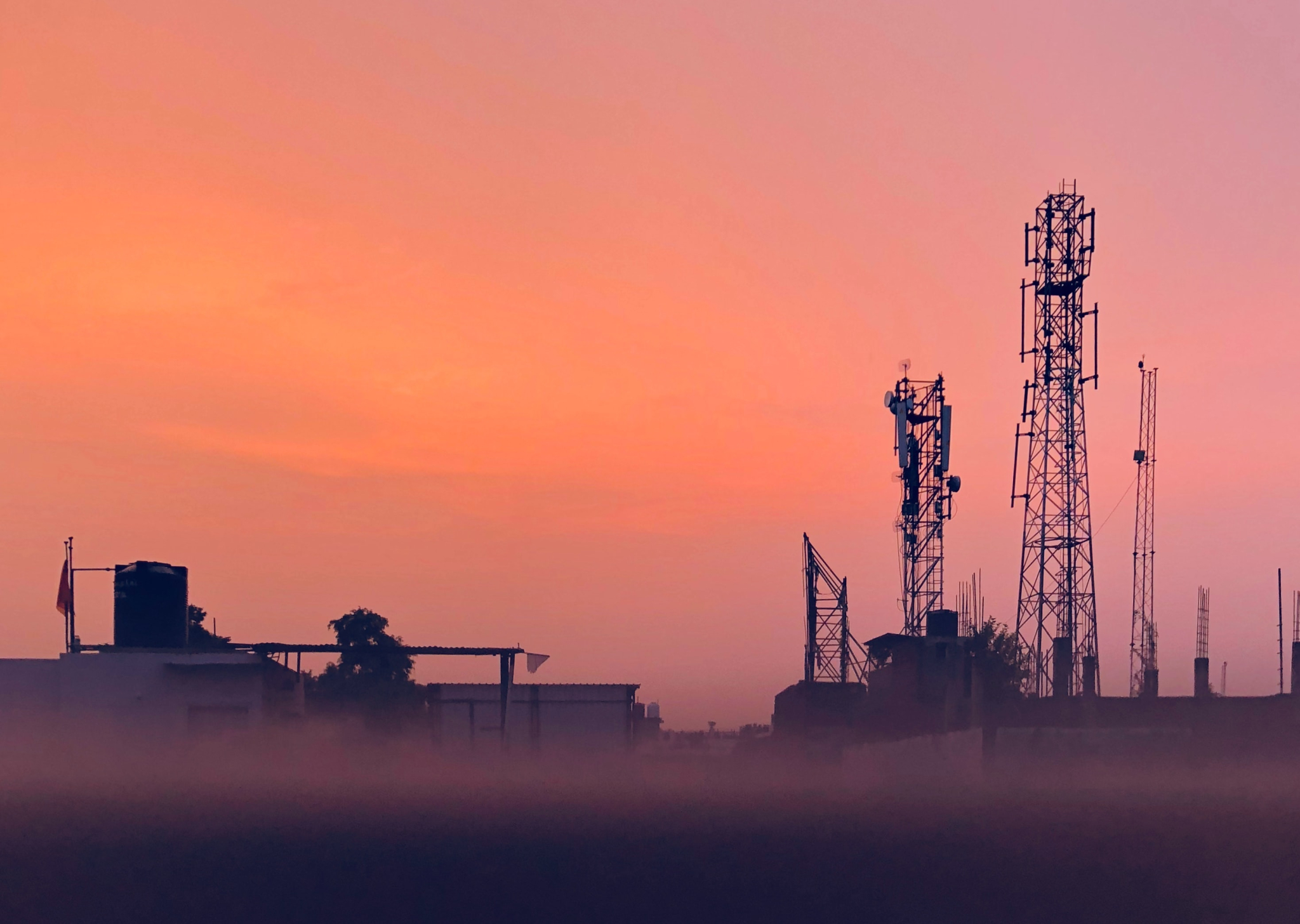 At a time when climate science demands a rapid transition off fossil fuels, Ottawa approved more than $1.3 billion for oil and gas companies through the Canada Emergency Wage Subsidy. Photo by Kartikay Sharma / Unsplash
Previous story
Next story

At a time when climate science demands a rapid transition off fossil fuels, Ottawa approved more than $1.3 billion for oil and gas companies through the Canada Emergency Wage Subsidy (CEWS).

According to a January 2021 meeting note Canada’s National Observer received through a federal access-to-information request, “over $1.3B has been approved for the petroleum sector companies” as of Oct. 29, 2020 through CEWS.

“Alberta has by far the greatest number of CEWS applications from the energy sector, accounting for ~80 per cent of the applications, most of which were for companies within the petroleum sector,” the meeting note reads.

Quebec, Saskatchewan, Ontario, British Columbia, and Newfoundland and Labrador also had “a big uptick” within the energy sector, according to the document.

The total CEWS figures specifically for the petroleum industry are not known, but as of May 23, more than $2.3 billion has been dispersed to companies in the mining, quarrying, and oil and gas extraction industries. That does not include pipeline companies or refineries, whose amounts are buried within the broader industrial categories of “transportation” and “manufacturing,” respectively.

NDP environment critic Laurel Collins pointed to Imperial Oil taking $120 million in wage subsidies, then paying out $324 million worth of dividends to shareholders as one example of how the program was badly managed.

“Clearly, they did not need this wage subsidy, and I would argue similarly for the billions of dollars that are going to support oil and gas exploration, production, transportation, refining, etc.,” Collins said. “These profitable oil and gas companies continue to give out big dividends to their shareholders while laying off workers. This is not protecting jobs in the oil and gas sector.”

The meeting note also includes a summary of a September meeting between Natural Resources Canada and a dozen oil and gas industry groups. The meeting was an opportunity for incoming deputy minister Jean-François Tremblay to introduce himself, where he confirmed his desire to “continue serving as the sector’s champion in government, and to continue to tell the sector’s story within government,” the note reads.

At that meeting, industry groups also aired their concerns and made requests.

The Canadian Gas Association was concerned that adhering to a clean fuel standard, or the United Nations Declaration on the Rights of Indigenous Peoples, would be “challenging to comply with.” According to the meeting note, it generally felt the industry was “under siege,” and the group warned, “there is a need to consider what environmental goals are doing to the cost of living for the average Canadian.”

At a time when climate science demands a rapid transition off fossil fuels, Ottawa approved more than $1.3 billion for oil and gas companies through the Canada Emergency Wage Subsidy. #cdnpoli #climatechange #COVID

According to the document, the Explorers and Producers Association of Canada said there “is a need for government programs to support the transition of Canadian companies to net-zero.”

“When Blockbuster was going out of business, it wasn't the government who had to spend billions of dollars updating Blockbuster to make it compatible with where consumer demand was,” she said. “These are companies who have seen the writing on the wall for 40 years … they had all of that time to figure out how to transition and how to fit into a clean energy future.

“If they failed to do so, that failure is completely theirs to own.”

With the IPCC report out this week detailing the environmental catastrophe that is ahead without rapid and large-scale global emissions reductions, Levin says every decision Ottawa makes, including whom it gives money to, should align with a plan to cut emissions in half by 2030.

“The UN secretary general was right when he called this report a ‘death knell for fossil fuels,’ and that has to be the message our political leaders take from it,” she said. “We'll have to start putting in place plans to stop all new oil and gas projects, and then rapidly wind down the oil and gas sector; cutting it in half in the next decade, and winding it down completely over the next two decades.”

Natural Resources Seamus O’Regan has made clear that is not in his plans. In a recent interview with the Financial Post, O’Regan said “the end goal is not to shut down the fossil fuel industry, the end goal is singularly to lower emissions.”

“People have to really absorb the fact that we’re the fourth-biggest producer of oil and natural gas in the world, whether you like it or not, whether you’re proud of it or not, I do not care … you have no alternative than to be practical,” he added.

Similarly, Environment Minister Jonathan Wilkinson told the CBC this week that the plan was to maximize revenue from the Trans Mountain pipeline to help pay for a clean transition.

“You have people like Minister O'Regan maybe being a little more upfront about the fact they’re going to continue publicly financing fossil fuel companies to the tune of billions, and our being what he termed 'practical' about ignoring the climate crisis,” said Collins.

The meeting note outlines a number of other financial lifelines available to the sector. In Ottawa’s $10-billion Corporate Bond Purchase Program (CBPP), the energy sector accounted for 21.3 per cent of the CBPP’s reference portfolio, behind only the financial sector at 24.7 per cent.

As of Dec. 15, mining, quarrying, and oil and gas extraction accounted for roughly $71 million from the Canada Emergency Business Account, which provided interest-free loans to small businesses and non-profits. There is also a “Large Employer Emergency Financing Facility” that is described as a “lender of last resort” for companies with revenues above $300 million.

The meeting note says uptake through that program is “low, so far,” but it was expected some of the 60 eligible oil and gas companies would tap into the fund in 2021.

Natural Resources Canada did not return requests for information about these funding programs by deadline.

A rogue's gallery of climate

A rogue's gallery of climate criminals, corporate welfare artists, and industry-captured politicians.
Privatize the profits, socialize the costs. The fossil fuel industry's business model.
So much for the free market.
Vote Liberal this September, and expect more of the same.
How about a just transition for Natural Resources Minister Shameless O'Regan, PM Trudeau, B.C. Premier Horgan, AB NDP leader Rachel Notley, corporate environmentalists, and all of Canada's other oil-soaked and industry-captured "climate leaders" into the boardrooms of Suncor, CNRL, Enbridge, TC Energy, etc?

AB's oil & gas industry has barely started to fund its clean-up liabilities: north of $260 billion. The industry is turning to taxpayers for bailouts while milking govts for subsidies.
The oil & gas industry has been digging into taxpayers' pockets for reclamation and cleanup costs for over a decade. Now it wants our tax dollars to cut emissions.
The oil & gas industry can easily afford to clean up after itself and invest in emissions-reduction technology. Taxpayer help not required:
"Canadian Natural expects to generate between $2 billion and $2.5 billion of profit in 2021, based on benchmark oil prices of $45 US per barrel. This week, prices are around $60 US." (CBC)
*
"$100 million in federal funding for cleanup of Alberta oil and gas wells went to sites licensed to CNRL" (The Narwhal, May 7, 2021)
"Canadian Natural Resources Limited — which has reported an average annual profit of $1.9 billion over the last decade — benefited most from taxpayer-funded cleanup of derelict wells"
*
"Canadian Natural expects to generate up to C$5.4 billion in free cash flow in 2021, from C$692 million last year. Suncor projects additional cash flow of C$400 million this year and C$1 billion by 2023. Cenovus could generate C$3.5 billion this year, analysts at investment bank Morgan Stanley estimate, from a loss last year." (Reuters, Apr 01, 2021)

The crime was much, much

The crime was much, much clearer with the aviation industry because they did a $19B stock buyback just months before telling the American feds they needed $19B to survive the pandemic.

Every industry immediately removes their profits from the kitty, so they can plead poverty if income stalls, unless they want to sit on cash to buy stuff - like competitors. The tech industry famously sits on piles of cash.

But, like the airlines, the oil money was all gone, handed out to investors, when the pandemic tanked the oil price and sales. At the time these requests are made, they're legitimate. You'd need legislation requiring profitable companies to keep a contingency reserve, to make them do it. Otherwise, they hand it to investors, because that's the entire point of the investment and the company.