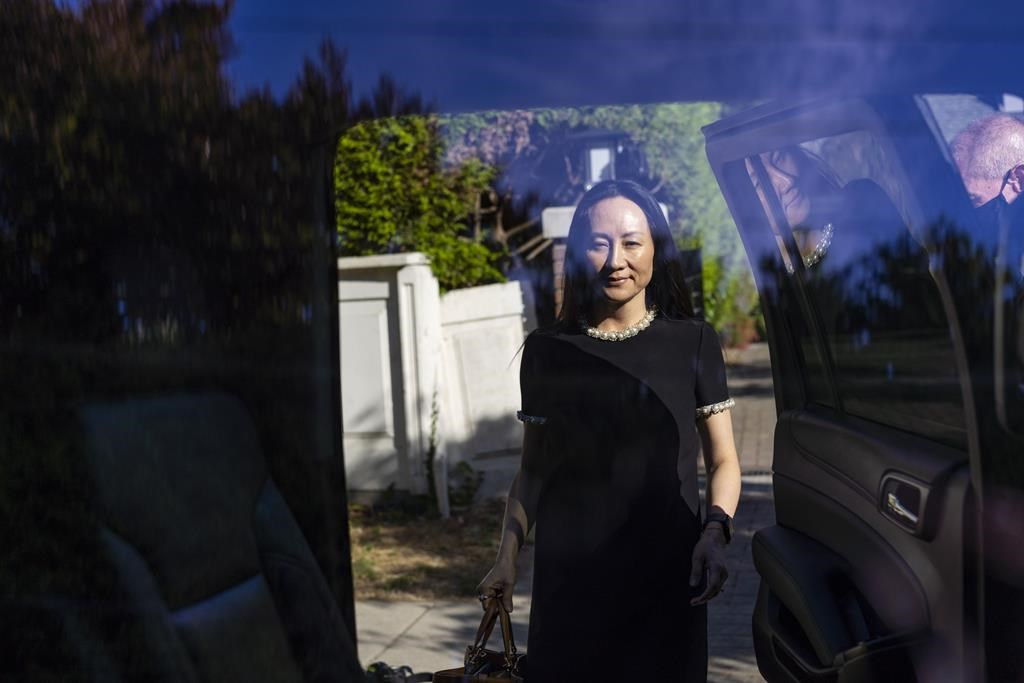 The B.C. Supreme Court judge presiding over the high-profile extradition hearing for the chief financial officer of the Chinese telecom giant Huawei challenged a government lawyer who claimed Thursday that Meng Wanzhou's case is not unique.

"Isn't it unusual that one would see a fraud case with no actual harm many years later and one in which the alleged victim, a large institution, appears to have numerous people within the institution who had all the facts that are now said to have been misrepresented?" Holmes asked.

Her question came as Frater wrapped up arguments in the government's case against Meng, who was arrested at Vancouver's airport in 2018 on fraud charges that both she and Huawei deny.

Meng is also the daughter of Huawei's founder, Ren Zhengfei.

Her arrest put Canada at the centre of a bitter battle between China and the United States.

She is accused of misrepresenting Huawei's control over Skycom, a company that sold computer equipment in Iran, during a 2013 presentation that allegedly put HSBC at risk of violating U.S. sanctions against the country.

Frater, who represents the United States in the case, responded to Holmes that neither the absence of harm nor some knowledge of the truth means that fraud hasn't occurred, but instead relate to the severity of the crime.

"In our law, in our respectful submission, those features of the case are usually taken care of in sentencing because they speak to the seriousness of the events," he responded.

The judge agreed with Frater's statement that to meet the threshold for extradition, Meng's alleged misconduct would have to fall within the "four corners" of fraud law.

Holmes' task, as the extradition judge, is not to rule on guilt, but to determine if the United States has provided enough evidence to support a plausible case for prosecution. Whatever her ruling, the ultimate decision over extradition rests with Canada's justice minister.

Fraud law is clear that the alleged victim need not suffer actual loss but a risk of deprivation, he added.

Thursday marked the second day of formal arguments in Meng's extradition hearing, which is unfolding more than 2 1/2 years after her arrest at Vancouver's airport.

Her long-awaited extradition hearing is proceeding as courts in China prosecute Canadians whose sentencing or detentions are widely seen as retaliation for her arrest.

Federal leaders were united Wednesday in calling for the release of Canadians Michael Spavor and Michael Kovrig — known simply as "the two Michaels" — who were arrested in China days after Meng's arrest.

A Chinese court sentenced Spavor to 11 years in prison on Wednesday in a spying case. There has been no word on when a verdict might be announced in Kovrig's case.

Prime Minister Justin Trudeau condemned Spavor's sentence following his “arbitrary detention” and pledged Wednesday that officials would work “around the clock” to secure both his and Kovrig's release.

Spavor's sentencing followed a Chinese court's decision on Tuesday to uphold the death penalty for another Canadian, Robert Schellenberg, for drug smuggling. Schellenberg had originally been sentenced to 15 years in prison but that was upgraded to execution shortly after Meng's arrest.