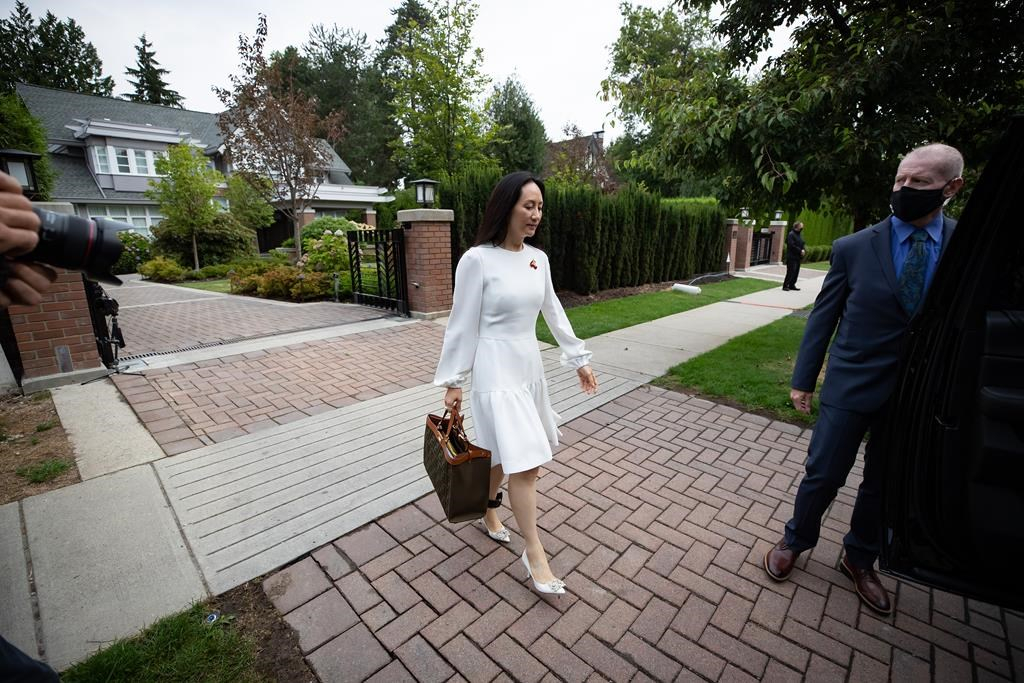 A lawyer for Huawei executive Meng Wanzhou wrapped up her defence team's arguments in the B.C. Supreme Court Tuesday by reminding the extradition judge of her task in the case.

Eric Gottardi told Associate Chief Justice Heather Holmes that an assessment of evidence should guide her decision on whether to recommend the telecom executive for surrender to the United States to face fraud charges.

"The question you now have to decide is whether this evidentiary record that you have before you in the case, with all the problems that we have attempted to outline, still amounts to a plausible case," Gottardi told the judge.

"Could a jury convict to the criminal standard on the evidence before you? We say the answer is no."

Meng's legal team has spent three days arguing that the United States has provided a "manifestly unreliable" record of the case against her that is riddled with gaps in supporting evidence.

The only appropriate remedy is for Meng to be released, Gottardi said.

"Fundamental justice demands that Ms. Meng not be extradited to face trial on legally and factually flawed allegations and, accordingly, we ask you to discharge her."

Meng was arrested at Vancouver's airport in 2018 at the request of the United States to face fraud charges that both she and Huawei deny.

Her arrest embroiled Canada in a bitter battle between the United States and China.

Days after she was taken into custody, Canadians Michael Kovrig and Michael Spavor were arrested in what has widely been seen as retaliation and Canadian officials have promised to continue fighting for their release.

The fraud charges against Meng centre on a PowerPoint presentation she gave during a meeting in a Hong Kong tea room in 2013 with a senior HSBC banker.

Meng, who is Huawei's chief financial officer and daughter of the Chinese telecom giant's founder, is accused of misleading the banker about Huawei's control over another company that did business in Iran, putting put the bank at risk of violating U.S. sanctions against the country.

The court has heard that an extradition judge's job is not to determine guilt, but instead to assess whether the requesting state has presented enough evidence to support a possible guilty verdict and whether the allegations would be considered a crime in Canada.

Lawyers for Canada's attorney general, who represent the United States in the case, argued last week that Meng's alleged lies would clearly constitute fraud in Canada.

Government lawyer Robert Frater told the court that Meng's deceit lay in both what she said and left unsaid during the meeting.

Meng "went to some length to demonstrate that Huawei had a rigorous approach to sanctions compliance, and that Huawei demanded the same of any partners working in Iran," he said.

She neglected to tell the banker that Huawei controlled the company, Skycom, that was the subject of HSBC's concern, he said.

As a result, HSBC made financial decisions based on incomplete information about its clients that put it at risk of not only violating sanctions, but also at risk of reputational damage and financial losses, Frater told the court earlier.

However, Meng's team has tried to convince the judge the Meng's case is anything but ordinary and, in fact, the government lawyers are trying to turn fraud law "on its head."

Court documents from the defence say Skycom made payments from its Chinese bank account to a third party's HSBC U.K. bank account, and HSBC cleared those payments through a U.S. subsidiary.

The dollar-clearing transaction is the only sanctions violation that occurred, defence lawyer Scott Fenton said Tuesday, and HSBC was entirely responsible for its own decision.

Neither Huawei nor Skycom violated U.S. sanctions and the United States has provided no evidence that Meng's presentation triggered HSBC to make the violation, the defence team has argued.

Fenton attempted to hammer home a theme in the defence team's arguments Tuesday: that the United States failed to provide crucial evidence of deprivation or risk of deprivation, a fundamental element of fraud.

His team has already argued there's no proof that HSBC would suffer any civil or criminal consequences. Fenton doubled down, saying there is also an "evidentiary vacuum" linking her PowerPoint presentation with any risk of reputational damage or financial loss suffered by HSBC, her alleged victim.

Reputation is not something that is protected under fraud law, and even if it was, the United States has failed to provide anything beyond a theoretical risk, Fenton said.

"We're left with a reputational risk theory that ultimately flounders on the shoal of no evidence, and no amount of conjecture or theorizing or speculation — as is well known to the court — could possibly be a substitute for actual evidence demonstrating a concrete risk of identifiable pecuniary harm to HSBC," Fenton said.

The United States has not offered proof that HSBC's continuation of loan-related business with Huawei caused it any risk of loss, he said.

The hearing is expected to wrap up Wednesday after government lawyers give their response.