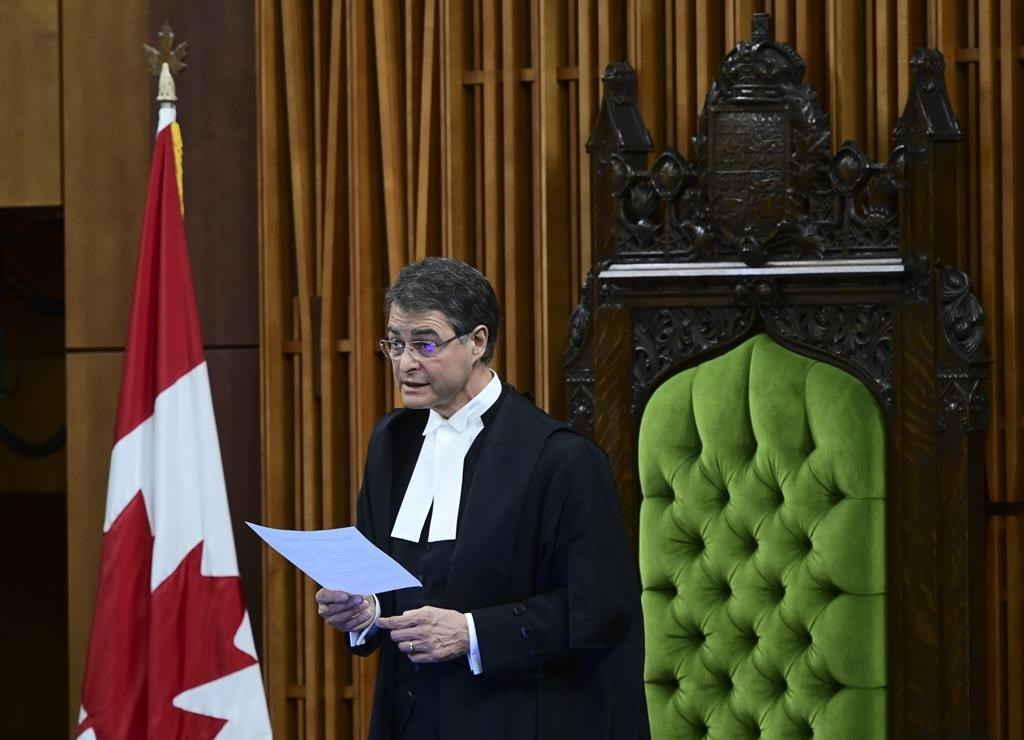 The Trudeau government is dropping its quest to have a court prohibit the disclosure of documents related to the firing of two scientists at Canada's highest-security laboratory.

It served the Federal Court with a notice of discontinuance late Tuesday afternoon.

In so doing, it's avoiding a legal showdown over the long-standing principle that the House of Commons is supreme and has unfettered power to demand the production of any documents it sees fit, no matter how sensitive and regardless of privacy or national security laws.

Opposition parties joined forces earlier this year to pass a Commons order demanding that the Public Health Agency of Canada turn over all unredacted documents related to the firing of scientists Xiangguo Qiu and her husband, Keding Cheng.

The pair were escorted out of Winnipeg’s National Microbiology Laboratory in July 2019 and subsequently fired last January.

The government applied to the Federal Court of Canada in June to prevent release of the documents, which it maintained would be injurious to international relations or to national defence or national security.

However, the Commons order to produce the documents, along with all other business before the chamber, was terminated when Parliament was dissolved Sunday for a federal election.

Consequently, Justice Department spokesperson Melissa Gruber said Tuesday that "no purpose would be served" by continuing the court case.

Pursuing the case would have put Liberal MP Anthony Rota in an awkward position as he campaigns for re-election in the northern Ontario riding of Nipissing-Timiskaming.

As Speaker of the House of Commons, he was the named respondent in the court case. He had pledged to fight the Liberal government's court application.

Indeed, in a recent submission to the court, Rota asked it to dismiss the case, arguing that the courts have no jurisdiction to review the exercise of parliamentary privilege to send for the “persons, papers and records” deemed necessary.

“This constitutionally entrenched power is fundamental to our system of parliamentary democracy, and to Parliament’s critical role in acting as the ‘grand inquest of the nation’ and in holding the executive branch of government to account,” Rota said in a notice of motion.

The executive and the judicial branches do not have the jurisdiction to question, overrule, modify, control or review the exercise of this privilege by the House, he added.

Gruber said the Speaker’s motion to strike the case is now "unnecessary."

Conservative Leader Erin O'Toole had requested the court's permission to intervene in the proceedings.

Abandoning the case is "another attempt by Justin Trudeau to cover up the truth about the Winnipeg lab documents," said Mathew Clancy, a spokesman for the Conservative election campaign.

The decision to drop the case brings an inconclusive end to the months-long power struggle between opposition parties and Public Health Agency of Canada head Iain Stewart.

Opposition MPs repeatedly asserted the right of the Commons and its committees to order the production of any documents they please, while Stewart steadfastly argued that he was prevented by law from releasing material that could violate privacy or national security laws.

The battle culminated in June with Stewart being hauled before the bar of the Commons to be reprimanded by Rota over his repeated refusal to provide the unredacted documents to MPs on the Canada-China relations committee. He was the first non-MP to be subjected to such a procedure in more than a century.

Stewart had been ordered to turn over the documents to the parliamentary law clerk at that time, but he did not. Instead, he wrote to the attorney general, David Lametti, informing him that he was being ordered to divulge potentially injurious information contrary to the Canada Evidence Act.

In accordance with the act, Lametti subsequently said the decision to apply to the court to prevent disclosure of the documents was made by justice officials.

The Commons order for documents also included documents related to the transfer, overseen by Qiu, of deadly Ebola and Henipah viruses to China's Wuhan Institute of Virology in March 2019.

Stewart had said the virus transfer had nothing to do with the subsequent firings. He'd also said there was no connection to COVID-19, a coronavirus that first appeared in China's Wuhan province and which some believe may have been released accidentally by the virology institute, triggering a global pandemic.

Nevertheless, opposition parties continued to suspect a link and remained determined to see the unredacted documents.

I am confused by this article

I am confused by this article. The federal court case is dropped but are the documents going to be released? "However, the Commons order to produce the documents, along with all other business before the chamber, was terminated when Parliament was dissolved Sunday for a federal election". If I understand correctly, the NHI will not release the documents and got their way unless a new order is issued? This should be made clear.