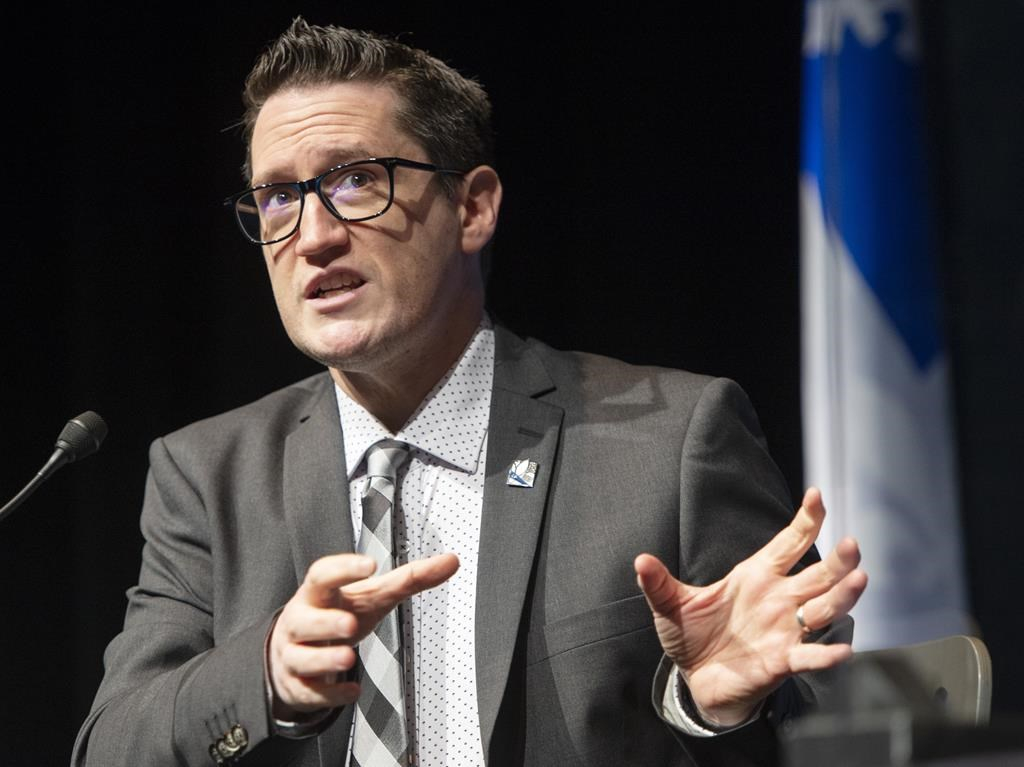 Benoit Charette, minister for the fight against racism, speaks to the media at a news conference on Friday, April 23, 2021, in Montreal. File photo by The Canadian Press/Ryan Remiorz
Previous story
Next story

Quebec's minister for the fight against racism is denouncing protesters who he said wore yellow stars at a protest earlier this week against the government's vaccine passport system.

People protested Tuesday outside a Montreal-area gym where vaccine passports were being tested ahead of the generalized rollout scheduled to begin Sept. 1.

Several media reports indicated some protesters outside the gym wore a yellow star on their shirts, which is a symbol Jews were forced to wear in Nazi-occupied Europe.

Benoit Charette told reporters Wednesday there is no link between the requirement to show proof of vaccination during a pandemic and the symbol of the Nazi era, adding the protesters were indirectly guilty of antisemitism.

The protest was condemned by the Centre for Israel and Jewish Affairs and by the Montreal Holocaust Museum.

CIJA vice-president Eta Yudin said comparing the yellow star with the COVID-19 vaccine passport is deeply offensive to those who were forced to wear the star in Europe during the Second World War era.

"Education is part of the solution," Charette said. "I’m not sure they clearly know the importance of the symbol. Maybe they think they can do a quick link. If they do know the real symbol of this, the gesture is even more outrageous."

Sarah Fogg with the Holocaust museum invited protesters to visit the exhibitions at the institution.

"These measures are put on by our government to make us safe, keep us healthy," Fogg said about COVID-19 health orders. "Measures like the yellow star were really designed to isolate, humiliate, persecute and eventually murder Jews. They cannot be further apart."

This report by The Canadian Press was first published on Aug. 19, 2021.