Everything wrong with the Conservatives’ carbon pricing plan 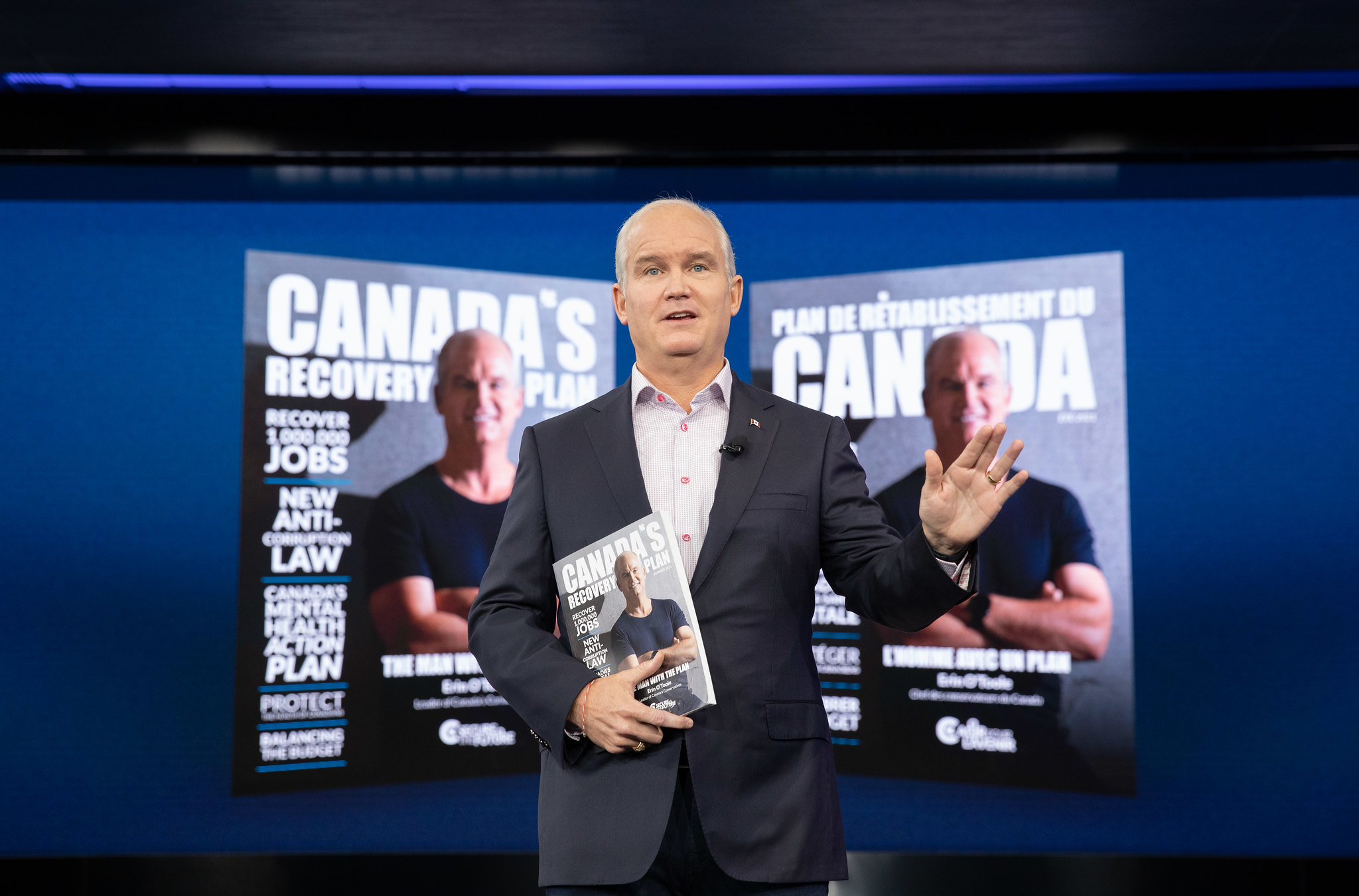 Carbon pricing in Canada currently functions by placing a rising cost on carbon emissions. As of April, the federal price is $40 per tonne of carbon. The Liberals plan on raising it to $170 in 2030. Every province and territory must effectively price carbon at or above this floor price, subject to some exceptions and complicated technicalities. How jurisdictions apply the price and what they do with the revenue, though, is largely left to their own discretion. If a jurisdiction fails to implement a federally compliant system of its own, the federal “backstop” program is applied. Collected backstop revenues are largely rebated back to residents via Climate Action Incentive payments meant to offset increased consumer costs caused by the carbon price.

In their climate plan, the Conservatives propose two principle changes to this system: lower rates and the introduction of “low carbon savings accounts.” Conservatives will generally leave the backstop’s output-based pricing system applicable to large industrial polluters alone, though they may or may not lower the system’s applicable carbon price.

There are several problems with the plan.

The first is it never clarifies its application to provinces and territories. Only four jurisdictions — Manitoba, Ontario, Yukon, and Nunavut — have the full backstop program in place now. (Ontario is expected to transition to its own industrial pricing system soon.) In some jurisdictions, like Alberta, the backstop still applies in part. In others, like British Columbia and Quebec, it does not apply at all. Under the Conservative plan, will jurisdictions retain authority to operate their own programs or will the new system (or aspects of it) supplant them? If the latter, the Conservatives’ policy may not withstand judicial scrutiny, as the current law’s flexible approach was key to its constitutional approval by the Supreme Court earlier this year.

The second issue is the plan’s low carbon savings account aspect. This part of the plan would replace the current consumer backstop fuel charge and rebate. It would also lower the applicable rate to $20/tonne. The rate would rise to $50/tonne, but Conservatives have not proposed a timeline for this hike. Collected revenues would be directed to savings accounts for individuals and most businesses. Account funds could be spent on “greener life” items like bicycles and transit passes.

Lower rates would weaken the current system and its intended emission reductions. The current floor price keeps all jurisdictions’ carbon price more or less consistent. If Conservatives drop that price, some provinces will drop theirs as well. Other provinces may not, and may even continue raising rates in line with the Liberals’ current trajectory if they think the next federal government is just going to raise them again in a couple years. This will cause havoc for businesses trying to account for Canadian carbon prices across the country. The unknown increase timeline also creates uncertainty for businesses looking to plan for rates over time. This is especially problematic because a major benefit of carbon pricing is the market signal it sends. Carbon’s getting more expensive? Time to invest in low-carbon alternatives.

Accounts also raise administrative issues. The program as described would resemble a points card system “managed by a consortium of companies as the INTERAC system is.” This would necessarily entail establishment and maintenance costs likely passed on to consumers. And one presumably would only get “points” from applicable purchases made by trackable electronic means. Moreover, what will make the list of qualifying “greener life” items? If the list is too narrow, it will hamstring account spending and the charge remains an effective consumer “carbon tax” sans rebate. Too broad, and funds will not be directed toward legitimately sustainable purchases.

Lastly, as noted, Conservatives intend to keep the current industrial pricing system but may not increase its applicable carbon price to $170 by 2030. They want to tie the price to European and American rates, but once again, the lack of clear price targets obfuscates industry’s ability to plan. Furthermore, the U.S. has no federal carbon price and is unlikely to get one soon, considering polarization around the subject. With California the sole American state that broadly prices carbon, this renders the Conservative plan’s reference to American carbon rates effectively meaningless for the foreseeable future. (Washington state also recently passed a bill to institute a “cap and invest” carbon pricing system, but the state has until 2023 to bring it into effect.)

That Conservative leadership has finally reversed itself on carbon pricing is a welcome development, but its proposal finds the party still incapable of a coherent response to Trudeau’s greatest climate policy accomplishment. And whether Conservatives could even pass their plan with a party membership that refuses to accept “climate change is real” remains an entirely separate question.

Marc Z. Goldgrub is a Toronto-based lawyer at Green Economy Law Professional Corporation, a corporate, commercial, and environmental law firm for the new green economy. He regularly writes about climate and environmental news, law, and policy for the firm’s blog and monthly newsletter. His firm also offers an online course, Understanding Canadian Carbon Pricing, for those looking to learn more about carbon pricing issues.

I'm not surprised that a

I'm not surprised that a carbon pricing plan introduced by Conservatives is terrible. What I've been finding weird is how anti-Conservative it is on an ideological level. I mean, the Liberal plan goes "We tax the carbon, and then we give the money back to consumers to freely spend how they want". The Conservative plan goes "We tax the carbon, and then we set up a government bureaucracy (with a weird private fig-leaf) dedicated to telling consumers what they can and can't buy with the money, because an intrusive controlling state interfering in markets is what we're all about!"
Really, what on earth? I guess they had to make it different enough that they could claim it was different and in some way not "really" a carbon tax. But this Rube Goldberg contraption was the best they could come up with?