For climate’s sake, Canada Pension Plan needs to take a serious look at its investments 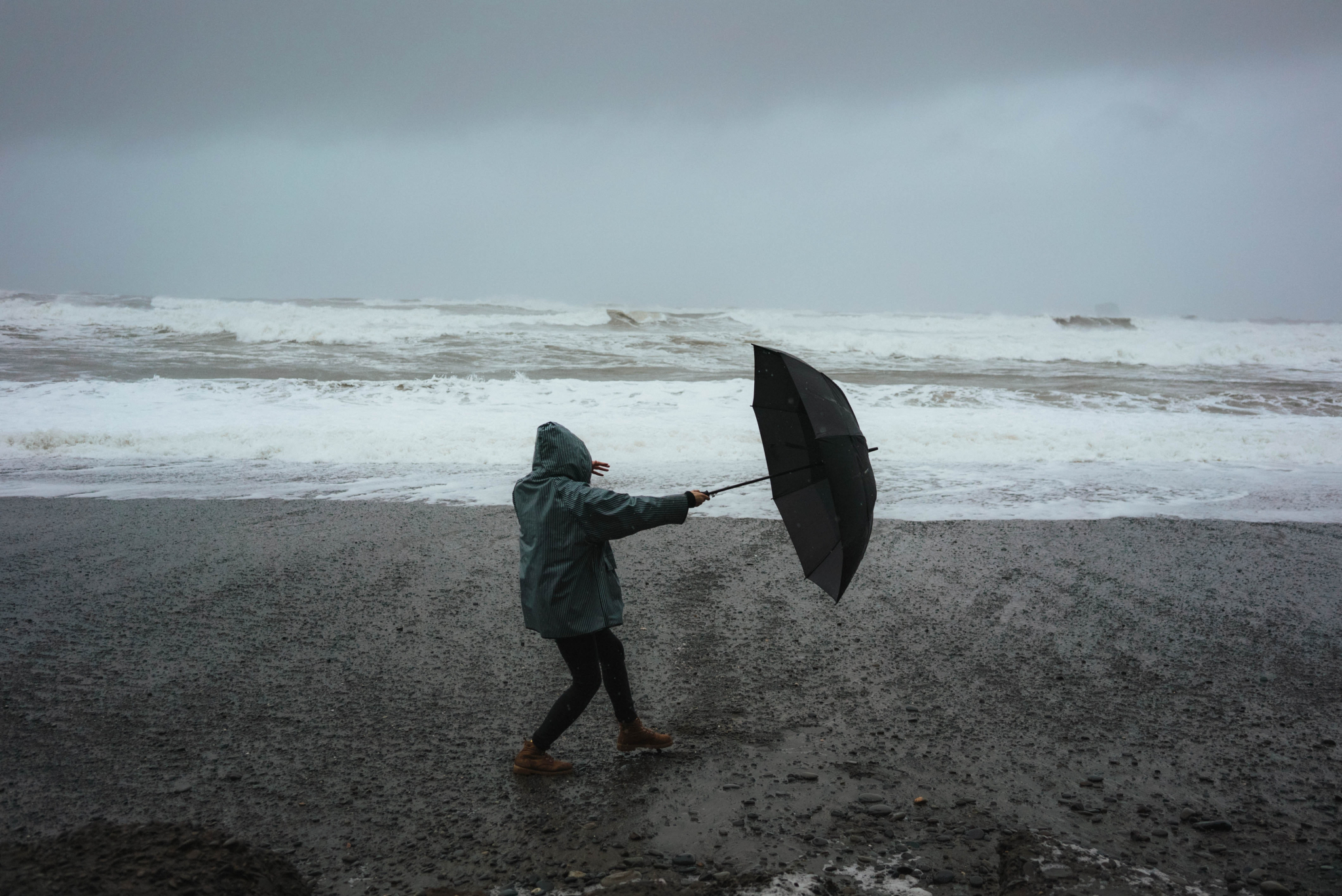 Why is the CPP, Canada’s biggest pension plan worth over half a trillion dollars, not transitioning its investments away from fossil fuel companies in the midst of a climate emergency? Photo by Dziana Hasanbekava / Pexels
Previous story
Next story

The Canada Pension Plan (CPP) manages the pensions of 20 million Canadians. In a recent Corporate Mapping Project report, we found that the CPP has increased the number of shares it owns in fossil fuel companies since Canada signed the Paris Agreement five years ago. The CPP's total fossil fuel investments across its entire portfolio have increased from $9.9 billion in 2016 to $11.6 billion in 2020.

Sadly, this lack of climate leadership fits a national pattern. Canada and the U.S. are the only G7 countries that failed to reduce emissions since signing the international climate agreement, and Canadian emissions increased the most. From dirty pension investments to missed emission targets, why is Canada such a laggard when climate change is often named a top priority by voters?

A spill of influence

One key factor is industry influence. A recent study by our colleagues at the Corporate Mapping Project found that the fossil fuel industry is Canada’s biggest lobbyist, averaging six lobby contacts with decision-makers per day between 2011 and 2018. This simple statistic goes a long way towards explaining why emissions continue to rise despite worsening climate change, and why government subsidies continue to support expanded production.

The CPP operates at arm’s-length from elected officials and thus isn’t subject to the same lobbying pressure as politicians. So why is Canada’s biggest pension plan — worth over half a trillion dollars — not transitioning its investments away from fossil fuel companies in the midst of a climate emergency?

Besides direct lobbying to shape government policy, the fossil fuel industry exerts informal influence through its reach into the governing bodies of various organizations, such as universities and pension plans. This reach is often accomplished through interlocking directorates — the practice where members of a corporate board of directors serve on the boards of multiple other organizations. These interlocking board members create an influence network, furthering the industry’s reach into some of Canada’s most powerful institutions.

We examined the composition of CPP’s governing board for ties to the fossil fuel industry and its primary financiers. Of the 12 members on CPP’s board of directors, six have either worked directly for, or served on, the boards of fossil fuel companies and their financiers. Industry-affiliated board members do not, as a rule, actively promote the firms to which they are tied. Rather, they bring to the table a worldview shaped by their own commitment to the fossil fuel industry that presents a cultural barrier to serious climate action.

Heather Munroe-Blum joined the CPP board in 2010 and has served as chairperson since 2014. During her tenure, Munroe-Blum has sat on the board of the Royal Bank of Canada (RBC). RBC is the second-largest investor in Canada’s fossil fuel sector and its number 1 lender; it has a vested interest in seeing fossil fuel production grow. For example, RBC has lent approximately $10 billion for the construction of Enbridge’s controversial Line 3 pipeline. Munroe-Blum is joined on CPP’s board by John Montalbano and Kathleen Taylor, who also arrived at CPP Investments after working for RBC, the former serving as CEO of RBC Global Asset Management and the latter as the RBC board’s chairperson since 2014.

Moving from fossil fuel finance to oil and gas distribution and servicing, we encounter board directors Sylvia Chrominska and Ashleigh Everett. Chrominska holds positions on the boards of Wajax Corporation and Emera Inc., the former an industrial supplier of mining and oil extraction equipment and the latter an East Coast energy company whose income from oil and gas continues to grow. Likewise, Everett is the current president of Royal Canadian Securities Limited, which owns Domo Gasoline Corporation, a gas retailer with over 80 outlets in Central and Western Canada.

Jo Mark Zurel, whose corporate affiliations include Major Drilling and Fortis Inc., a major distributor of natural gas, recently left the board. Was he replaced by someone with climate risk expertise? Not quite. Sitting in his chair will be Barry Perry, the former president and CEO of Fortis. Despite leaving Fortis in 2020, Perry maintains a board position at Capital Power Corporation, a company that generates both fossil and renewable energy, though most of its business remains in natural gas.

The CPP appears to lack a single board member with climate risk expertise. That is embarrassing for an institution whose primary mission is planning for the future.

Industry influence spreads beyond CPP’s boardroom, with many top decision-makers at the fund linked to the fossil fuel sector. Before joining CPP Investments, Neil Beaumont, a senior director and risk officer, spent seven years working for BHP, one of the top 20 companies most historically responsible for global carbon dioxide and methane emissions. Scott Lawrence, head of infrastructure, sits on the board of TORC Oil and Gas. Michael Hill, head of the CPP’s Sustainable Energy Group in the Americas, sits on the boards of Wolf Midstream, a Canadian energy and pipeline company; Nephin Energy, Ireland’s largest domestic producer of natural gas; and Encino Energy, an oil and gas company in Houston (CPP holds a significant private equity stake in each company).

When asked in 2019 about industry influence over investment decisions, the CPP responded by calling it “unfathomable” that the fossil fuel sector would wield disproportionate influence. And yet, in the midst of a climate emergency, while other major funds such as the New York State Pension Fund and the U.K.’s largest pension fund are pursuing a divestment strategy, the CPP has been increasing its investments in fossil fuel companies.

It is noteworthy that regions such as New York and the U.K. are not major fossil fuel producers. Canada, on the other hand, is the world’s fourth-largest petroleum producer. The Canadian fossil fuel sector’s economic power helps explain why the industry is the country’s top lobbyist and why it has a tentacular reach into all aspects of Canadian society, including pension oversight.

The CPP’s enduring commitment to fossil fuel investments may have significant financial implications. To avoid 1.5 C of global warming, fossil fuel companies will need to leave trillions of dollars of their product in the ground. In 2020, the world’s largest investment management company, BlackRock, sent a letter to its clients warning of an imminent exodus from oil and gas. “In the near future — and sooner than most anticipate — there will be a significant reallocation of capital.”

But as the hundreds of Canadians who died in unprecedented heat waves this summer grimly portend, financial health will be immaterial if we don’t have a livable future to retire into.

Cleaning up the spill

While late to the game, it is welcome news that the Bank of Canada has now started encouraging investors and financial institutions to more accurately measure the climate risks associated with their investments. We think that climate risk audits at CPP and other institutional investors would be wise to include the risks associated with having representatives from the fossil fuel industry and its financiers sitting around decision-making tables. It is in the self-interest of the fossil fuel industry to prolong its power for as long as possible, an interest that is an existential threat to the rest of us. It is long past the time that we collectively clean up the spill of influence that is stalling needed climate action in Canada.

One way to take action is by signing this pledge with Shift Action for Pension Wealth and Planet Health asking pension fund leaders to fully disclose and phase out fossil fuel investments. This group is doing excellent work to organize beneficiaries so that our collective voice can be heard.

Federal policy is another important tool. In their election platform, the Liberals promise to develop “net-zero plans for federally regulated institutions, which includes financial institutions, pension funds, and government agencies.” If this promise is implemented effectively, it could help move the CPP from a climate laggard to a leader.

Similarly, the NDP promises to review financial legislation, such as the Canada Pension Plan Investment Board Act, “to ensure federal financial levers and Crown corporations are aligned with the goal of net-zero.” The NDP platform goes further than the Liberal promise by also committing to legislate mandatory reporting on climate risk from publicly traded corporations while also limiting the use of carbon offsets to meet net-zero obligations. Finally, Green Party MPs Elizabeth May and Paul Manly have called on the CPP to divest from fossil fuels. To date, the Conservatives have not made any electoral announcements about pension reform and climate action.

The CPP was designed to promote retirement security. By increasing fossil fuel investments in a climate emergency, it is making all of us less secure. The CPP needs to start taking our futures seriously, which is the whole point of a pension fund in the first place.

Editor's note: This article was corrected to make it clear that Capital Power is a publicly-traded power producer.

James Rowe is an associate professor in the School of Environmental Studies at the University of Victoria.

James Mager is a student at the University of Victoria Faculty of Law.

Jessica Dempsey is an associate professor in the Department of Geography at the University of British Columbia.

This research is part of the Corporate Mapping Project, a six-year initiative jointly led by the University of Victoria, the Canadian Centre for Policy Alternatives’ B.C. and Saskatchewan offices, and the Alberta-based Parkland Institute. This research was supported by the Social Science and Humanities Research Council (SSHRC).