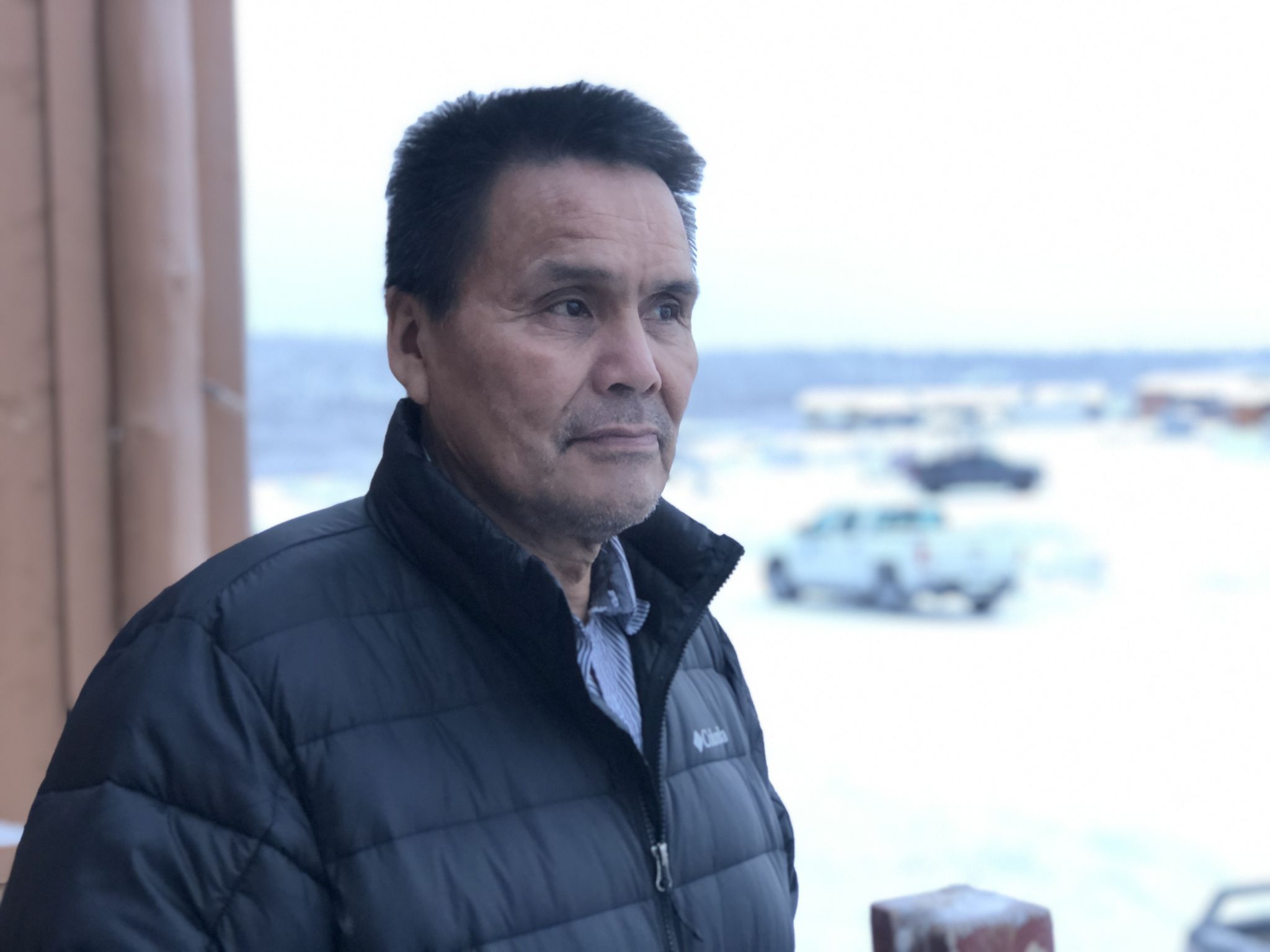 “It kind of started as a rumour … and then it was all over the place,” said Chief Wilbert Kochon of Colville Lake’s Behdzi Ahda First Nation, which eventually saw half of its roughly 130 residents infected with COVID-19. Photo by John Last
Previous story
Next story

The Northwest Territories has been taken back to the darkest days of the pandemic with a wave of new cases that shows little sign of relenting.

Over the course of three weeks in August, the territory has seen its case numbers quadruple, as the disease spread from a single community gathering in Fort Good Hope to nearly a dozen communities and into the territorial capital of Yellowknife.

Now, in several Yellowknife schools that opened last week, cases have been confirmed and are likely to increase among the unvaccinated 12 and under population.

And while vaccination rates are high on average, some communities, like those first hit in the Sahtu Region, have struggled to get more jabs in arms, with nearly half of people still unvaccinated in places like Colville Lake and Behchokǫ̀.

“The northern bubble has been popped,” said Yellowknife MLA Rylund Johnson. “It (has) really for the first time brought the reality of COVID to our door.”

The outbreak began with many epidemiologists’ worst-case scenario — a “superspreader event'' caused by a single person with the highly infectious Delta variant at a hand games tournament in Fort Good Hope, a town of roughly 300 in the remote Sahtu Region.

Scores of young people gathered to take part in the traditional competition that attracts teams from the N.W.T.’s widely dispersed communities for hours of dancing, chanting, singing, and playing.

“Young people from many communities were coming together in close proximity to each other and also interacting with elders and families with children,” said Dr. Colleen Davison, a public health expert at Queen’s University with experience modelling disease in the North, in an email.

Fort Good Hope, like many of the territory’s communities, has a chronic housing shortage, so “it is likely that many people were (also) staying together,” she wrote.

The outbreak began with many epidemiologists’ worst-case scenario — a “superspreader event'' caused by a single person with the highly infectious Delta variant at a hand games tournament in Fort Good Hope. #NWT #COVID #Outbreak

“The possibility of potentially spreading the virus quite widely was definitely high.”

While the territory boasts high COVID-19 vaccination rates on average, the Sahtu Region is actually home to some of Canada’s least-vaccinated communities.

Vaccine hesitancy driven partly by a historic distrust of the medical system is exacerbated by a quagmire of misinformation on Facebook, many northerners’ main news source.

“There's this stuff that says the vaccine isn't proven, that it was developed very fast… Some of them will say, ‘I'll wait until I get something more proven, more reliable,’” said Chief Clifford Daniels of Behchokǫ̀, the territory’s largest Indigenous community where more than one in three people have yet to get the vaccine.

“Some of them don't believe that the whole COVID-19 (thing) is real… We have quite a bit of people believing that.”

Yet despite 18 months in which to envision a worst-case scenario like this one, and to see how neighbouring jurisdictions like Nunavut struggled to limit the spread within communities, health officials in the N.W.T. seemed unprepared for the possibility of a wider outbreak.

Within days of the outbreak beginning, N.W.T. Health Minister Julie Green pleaded to federal officials for assistance, saying the health system was under “tremendous strain.” Headlines suggesting the Canadian Armed Forces were providing assistance disguised the fact that these were Canadian Rangers, a volunteer unit staffed by locals, many of whom were themselves impacted and unable to assist.

The territory has always struggled with health system capacity, often relying on Alberta — itself suffering a crippling outbreak — for extra assistance. And Johnson said those capacity issues have been exacerbated “by a year and a half of burnout.”

Chronic understaffing and reports of poor management at the territory’s main hospital have worsened a nationwide nursing shortage, leaving the territory with just two ICU beds to handle severe cases.

And despite a $90-million investment in a “COVID-19 secretariat” employing more than 100 people, Sahtu residents found out about the outbreak not from officials but via word of mouth, after people were already getting sick in their home communities.

“It kind of started as a rumour … and then it was all over the place,” said Chief Wilbert Kochon of Colville Lake’s Behdzi Ahda First Nation, which eventually saw half its roughly 130 residents infected with COVID-19.

“It’s not really happening … the communication between the leadership and the people in charge,” he said.

Partly left to their own devices, small communities have managed the outbreak using unorthodox and improvised tools, from municipally mandated lockdowns to night patrols of volunteers who chastise late-night partiers.

“We had a lot of volunteers helping us enforce the rules,” said Frank Pope, the mayor of Norman Wells, N.W.T., which remains under a containment order banning most gatherings.

Pope said his community has largely accepted the necessity of restrictions, though “not always willingly.” To prevent parties, his town council voted to restrict the flow of liquor from the community’s liquor store — the only one in the vast Sahtu Region.

But while leaders like Pope have high praise for local health officials working overtime to trace the disease, many mentioned the territory’s inconsistent messaging as a sore spot.

The pandemic communications team, which shut up shop for the long weekend in the middle of the territory’s worst-ever outbreak, often buries critical updates, like a shift to emergency-only services in several regions, in lengthy and technical briefing notes. (No one from the territorial government was available to comment by deadline for this piece.)

Chief public health officer Dr. Kami Kandola has also been known to issue sweeping directives with little clarity about how they should be interpreted, leading to panicked locals flooding the 8-1-1 information line with questions about their particular case.

On Aug. 26, with news the Delta variant had reached Yellowknife, Kandola took the extraordinary step of declaring the entire city a public exposure site.

“I don't know of anyone that knows what to do with that information,” said Johnson. “To combine that with there (being) no actual changes with how restaurants or theatres operate, it just leads to this not knowing what the level of risk is.”

But despite the situation stabilizing in the remote communities where the outbreak began, the risk to the N.W.T. is growing. Cases are now being discovered at the territory’s schools, which returned with a back-to-school plan unaltered since before the latest outbreak.

On Sept. 3, an outbreak was declared at a Yellowknife high school. And over the weekend, two more cases were discovered at an elementary school in the capital, where students are too young to be vaccinated.

While some places have delayed reopening, schools are set to resume nearly everywhere by the end of this week. But it might not be for long.

“I do believe we're going to have an outbreak in a school, and have to go back to some sort of containment measure,” said Johnson.

“I don't see how that isn't the reality going forward.”