If this election were on Netflix ... 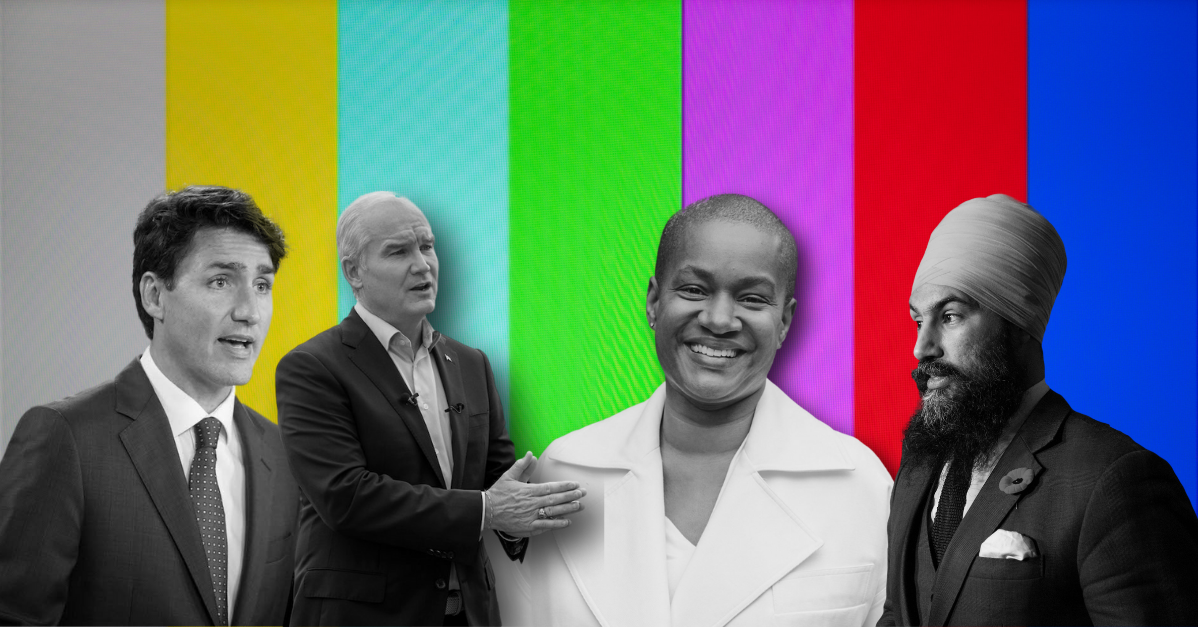 Following Canada’s 44th election is a bit like rewatching old political dramas on Netflix. We’ve seen them all before, and we know what to expect. Still, as they cruise by on Canada’s never-ending content carousel, we consider our options.

The choices for Canada's next prime minister are being carefully curated just for us, whatever our political colours, with every public appearance or micro-targeted Facebook ad.

Erin O’Toole is styled as a less spicy, more fatherly version of Scandal's Fitzgerald Grant III, an affable fighter pilot turned pro-choice Republican shaking the dust off the right and heaving its weight toward the centre. But O'Toole's platform isn't as progressive as he gets credit for.

On abortion, he offers nothing more than the status quo: A perfunctory pro-choice ethic that leans on doctor referrals for access. In my B.C. town, for example, this changes nothing for girls and women forced to travel hours out of town to get an in-clinic abortion since no provider will do it locally. The tax breaks, limited benefits and job creation schemes peppered throughout the platform invoke women, but offer little remedy for the root causes of the “shecession.” And it's virtually mum on racial discrimination.

The Conservatives' “Secure the Future” tagline, like “Take Back Canada” before it, panders to a nationalistic crowd. It's the polite face of a political mood still hung up on the post-9/11 xenophobic anxieties depicted in television's anti-terrorism thriller 24. When dealing with real 21st-century threats, like the climate crisis, O'Toole offers little to secure our future. His plan would reduce carbon emissions by far less than the Liberals', effectively walking back climate ambition in the midst of a "code red" planetary emergency.

Justin Trudeau, on the other hand, is being modelled as a character in an Aaron Sorkin-style project — but less West Wing and more American President, the 1995 romantic dramedy in which Democratic commander-in-chief Andrew Shepherd must weigh his own political ambitions against an environmental advocate's demands. Unfortunately, Trudeau doesn't exactly measure up to this fictional hero, who eventually decides to legislate a massive 20 per cent cut in fossil fuels.

On the Liberals' watch, the oilpatch has been allowed to drive up emissions every year. Not only did Trudeau's government buy a tar sands pipeline (currently under construction) but it continues to embrace natural gas, a questionable hydrogen strategy, and partnerships with an energy industry steadfastly refusing to transition to cleaner sources. Trudeau could use some Sorkin-style gumption. Despite running on a climate ambition platform, he is failing to deliver what scientists say we need.

Only Annamie Paul's Green Party has adopted the necessary target of a 60 per cent reduction in emissions from 2005 levels by 2030, but her script is still in development, and she’s facing a mutiny by some of the cast.

If the Liberals and Conservatives are the old Hollywood answer to cinema politica, then Jagmeet Singh's New Democratic Party are the Netflix Originals. An underdog leader of the underdog party, Singh is a relatable leading man for a new generation. Like Netflix's new programming, the NDP makes space for anti-establishment ideas and diverse casting. The party's roster has more Indigenous, racialized, female and gender diverse candidates than any other, and it has put forward a litany of progressive policies to tackle extreme wealth, cost-of-living, racism, and more. But with the Liberals poaching ideas from the NDP writing room, the party will have to work harder to distinguish itself.

One missed opportunity to do so is a clear climate conscience. Still flirting with fossil fuels, the NDP should offer more to phase out all fossil fuel financing and get its emissions-reduction target up to snuff; at 50 per cent below 2005 levels by 2030, it's higher than the Liberals' but still below what's needed. Banking on Singh's likability and TikTokability, the NDP risks offering more personality than plot at a time when grand and honest narratives could energize its base and thread together their policies.

Opinion: With just a week to go before this election's season finale, let's see something that's 100 per cent fresh, writes columnist @jessafia for @NatObserver. #elxn44

In calling this election, the Liberals have built themselves a political house of cards. The Conservatives have risen to the top of the polls, and Singh remains the most popular leader. It's little wonder the conversation has now shifted to strategic voting, which research shows tends to benefit the Liberals.

But in the midst of a fourth wave of COVID-19, a climate emergency and an affordability crisis, the stakes are high. Should we really slum it with candidates whose plans won't get the job done? We need the main party leaders to step up and show us that they have an eye toward a future with space for all of us.

As Fatima Syed jokingly put it while guest hosting Canadaland’s Short Cuts a few weeks back, “Someone bring a better version of Aaron Sorkin to our times and help fix politics or make it better …. but with more women and more racialized folks.”

A good chunk of Canadians' votes are still up for grabs. Now is the time for big swings of visionary politics. To quote Sorkin's American President: “We've got serious problems, and we need serious people.” With just a week to go before this election's season finale, let's see something that's 100 per cent fresh.