Governments must invest in retraining for energy workers during transition: Mark Carney 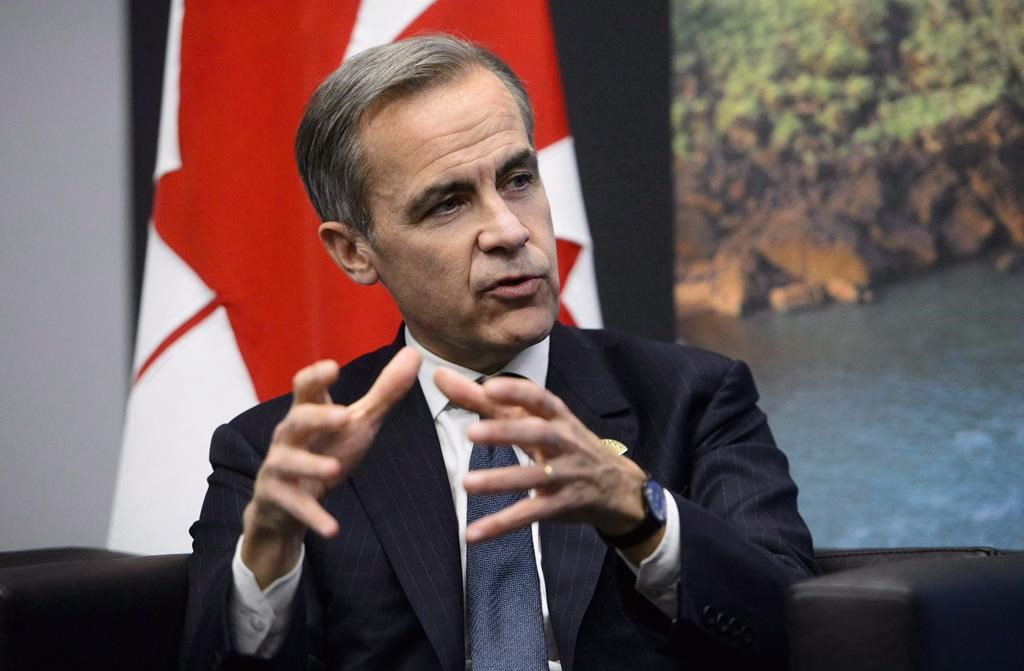 The time is now for Canada to invest in retraining to help workers affected by the transition to a greener economy, former Bank of Canada and Bank of England governor Mark Carney said Monday.

"(We need to ensure) that the resources of a country, Canada in this case, can be properly dedicated to retraining, to building the resources of the future, to reinvest in the areas that are undergoing these adjustments," Carney said. "And now is the time to do it – not at some cliff-edge point down the road when there is a sharper adjustment.”

Carney — the UN special envoy on climate action and finance — made the remarks at the International Economic Forum of the Americas Montreal conference. The event is taking place this week, less than two months before the next UN climate conference is scheduled to take place in Glasgow, Scotland.

Sustainable finance, or how to use the power of the financial sector's trillions of dollars in assets to help achieve net-zero carbon emissions by 2050, will be on the agenda at the UN event, known as COP26.

Carney — who also chairs the Glasgow Financial Alliance for Net Zero, which unites more than 160 banks and asset management firms worldwide — wants to see banks, insurers and investors commit to ensuring their investments and lending is aligned with net zero goals.

As global efforts to combat climate change increase, Carney said there will need to be a way for investors and lenders to finance the run-off of stranded fossil fuel assets in their portfolios.

"There is a time path for various assets that cannot make it to the entire end of their working life, because that would be inconsistent with the overall objective of getting to net zero,” he said.

But while the possibility of stranded assets is a risk for energy companies worldwide as policies are brought in to reduce emissions, that doesn't mean there aren't capital opportunities for the sector. Carney said he expects the flow of capital to the global energy sector will need to double over the next 25 years to about $4 to $5 trillion annually to help companies transition to renewables and expand the use of technologies such as carbon capture and storage.

"The financial sector will need to work with businesses to get capital ... to those who are going to be part of the solution," he said.

Thousands of workers in Alberta, Saskatchewan and Newfoundland and Labrador have already lost jobs in the oil and gas sector due to consolidation and downsizing. Some business and labour groups say these provinces need federal support to diversify their economies and retrain workers.

Governments must invest in those affected by energy transition, #MarkCarney says.

The Alberta Federation of Labour, for example, has been lobbying for federal support in the range of $10 to $20 billion per year to help oil-producing provinces and their workers diversify. The labour group would like to see a new federal transfer program that could fund green infrastructure projects, training and apprenticeships in affected provinces.

As part of its federal election campaign, the Liberal party has proposed a $2-billion "Future Funds'' program for the three oil-producing provinces to ensure workers aren't left behind as Canada pursues its climate change commitments. The party's platform contains a promise to create a "Clean Jobs Training Centre'' to help oilpatch workers upgrade or gain new skills.

The federal Conservative Party has criticized Liberal Leader Justin Trudeau for ``wanting to phase out the (oil and gas) sector and its jobs.'' It says a Conservative government would support energy sector workers.

The NDP platform pledges to ``work together'' with labour, employers and the provinces to find solutions that could include expanded EI benefits, retraining and job placement services

The percentage of Alberta's labour force that has been unemployed for more than one year is 2.4 per cent, the highest rate of long-term unemployment in the country (the national average is 1.4 per cent).

This report by The Canadian Press was first published September 13, 2021.