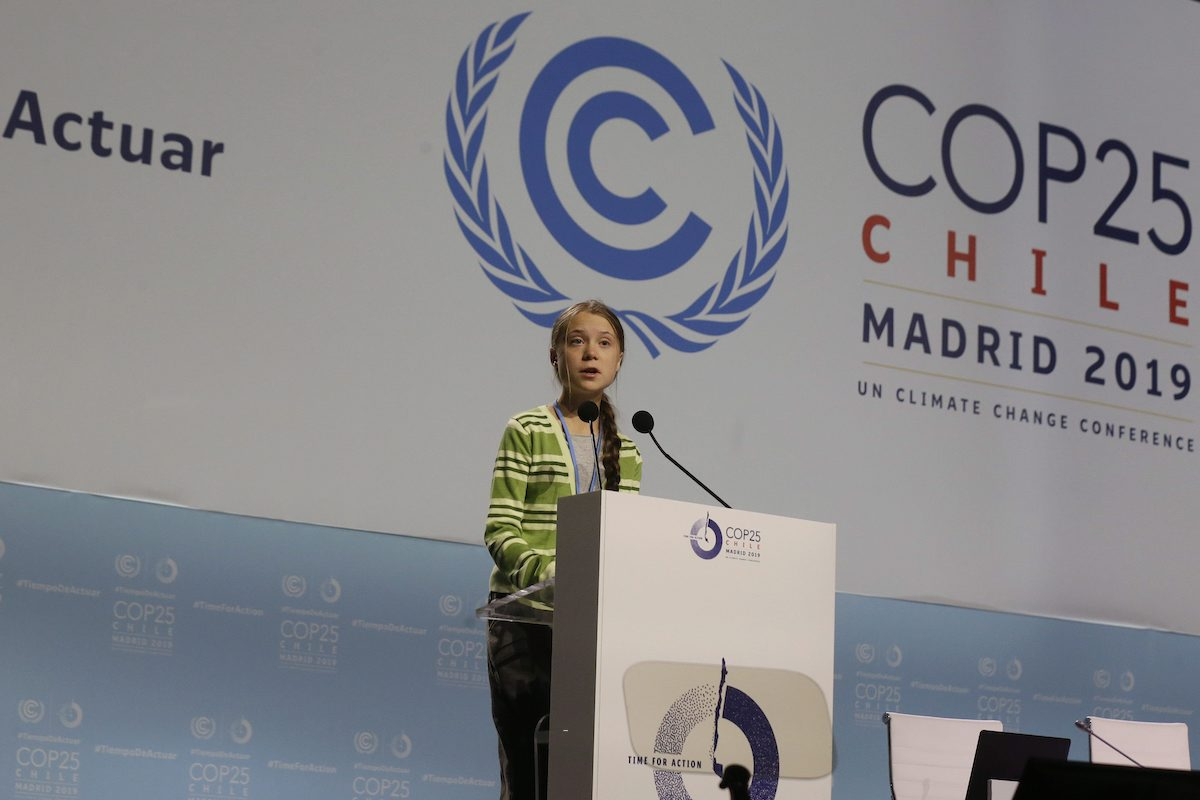 Swedish climate activist Greta Thunberg is among the environmentalists who have called for this year's UN climate conference to be postponed. Photo by Paul White / The Associated Press
Previous story
Next story

The COP26 climate talks are teetering on uncertainty, with over 1,500 environmental groups calling for their postponement due to the pandemic, a decision endorsed by many Canadian groups.

If the talks happen as planned in early November, many important players will be left out, said Cam Fenton of climate group 350. Based in B.C., Fenton said the lack of access to vaccines as well as the expense of quarantine and travel for many countries wouldn’t make the Glasgow-based event as equitable or effective as it should be.

Over half of the population in high-income countries have at least one vaccine dose, compared to two per cent in low-income countries, the United Nations found. Although the United Kingdom has said it will distribute vaccinations to delegates in their home countries, Climate Action Network (CAN) said people who applied to get a shot, haven’t yet. The UN Climate Conference team did not respond to a request for comment on what they’ve done to keep participants safe in time for publication.

“We note that the UK COP Presidency has now announced that delegates will be vaccinated this week. Repeated requests to the UK Presidency for clarity around support for logistics and quarantine costs have not been forthcoming,” wrote CAN, which includes groups from more than 130 countries.

In addition to vaccine concerns, CAN said many participants would be coming from countries on the U.K.'s “red list” — meaning unvaccinated individuals would need to complete a costly 10-day quarantine in a hotel.

Postponing the talks wouldn’t undermine the urgency of the climate crisis, said Fenton, who said the importance of holding COP26 this fall isn’t the same thing.

If Canada or other countries want to go forward with an online meeting to discuss promises from the Paris Agreement, where they’re held accountable for missing climate targets, that’s still possible, Fenton said.

“It is important to be able to have these meetings that specifically address some of the mechanisms necessary within the Paris Agreement for ratcheting up targets for addressing the flows of finance, particularly from the Global North, into fossil fuel expansion,” he said.

“But at its core, I think that it's a bit of a false urgency to hold a meeting, as opposed to the real urgency, which is implementing the kinds of domestic climate policies that are necessary to meet the stated imperative of the Paris Agreement of limiting warming to 1.5 C.”

Canada is the only G7 country other than the U.S. where emissions have risen every year since the Paris accord and touts the highest jump.

Some Canadian enviro groups are supporting a call from @CANIntl to press pause on the upcoming #COP26 climate talks. #ClimateCrisis #COVID19

No one is suggesting the talks be postponed indefinitely, said Eddy Pérez of CAN’s Canadian chapter. There’s a possibility the event could be moved to the beginning of 2022, said Pérez, once delegates receive vaccinations.

Moving forward at this point wouldn’t be fair, said Pérez, who noted the U.K. set out its own conditions to get participants vaccinated.

If the talks aren’t postponed, CAN won’t boycott the planned event, he added.

“What might end up happening is, (if) the U.K. does not listen to our call ... we're going to be at a summit that is going to be representing ... western countries and delegates, mostly white, at a moment where we need to discuss how these huge inequalities, COVID and climate, are impacting ... certain regions that won't be able to be represented,” he said.

With over 20,000 people expected to attend, Pérez said the way it looks now, it won’t be possible for a safe event to move forward.

Set to speak at COP26, environmental activist Tzeporah Berman said it’s worrying that those dealing with such severe climate change events might not be at the table.

“... International climate negotiations like COP 26 are critical forums for government delegates and civil society to push leaders for more ambitious global climate action and a just energy transition that is equitable for all,” said the Stand.earth international program director.

“There is no climate justice without representation from front-line communities, and it is up to the COP Presidency to ensure that there is fair participation from the Global South.”