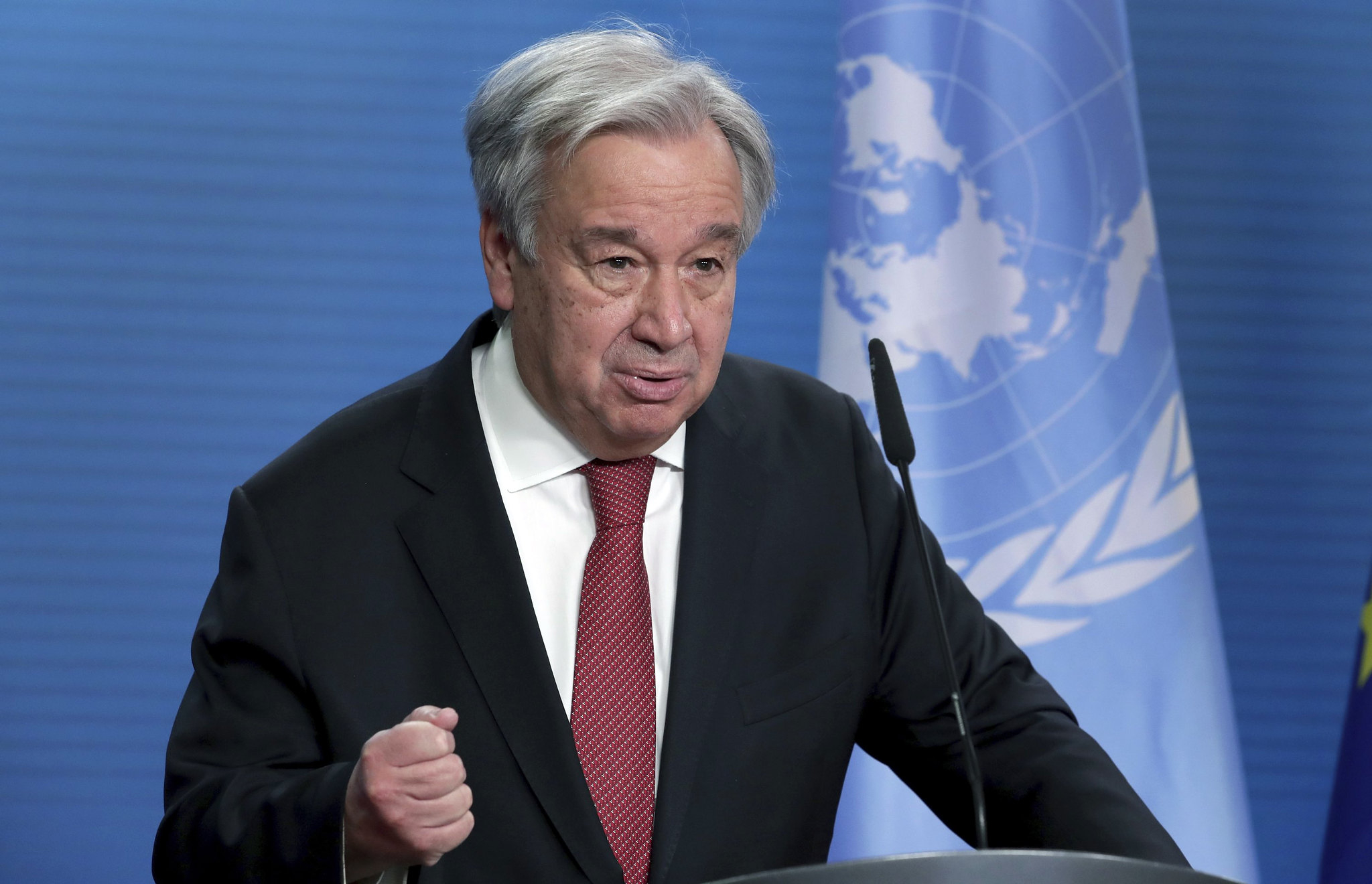 More than 2,000 academics from around the world signed an open letter calling for a Fossil Fuel Non-Proliferation Treaty, as the United Nations’ 76th General Assembly kicks off its annual meeting. Photo by Faces of the World / Flickr (CC BY 2.0)
Previous story
Next story

More than 2,000 academics from around the world signed an open letter calling for a Fossil Fuel Non-Proliferation Treaty, as the United Nations’ 76th General Assembly kicks off its annual meeting.

Mobilizing meaningful action on climate change is one of the UN’s top priorities this year, and it was just last month that UN Secretary General António Guterres said the Intergovernmental Panel on Climate Change’s latest report “must sound a death knell for coal and fossil fuels before they destroy our planet.”

The hope many academics, researchers, and activists have is that an international agreement to prevent the expansion of fossil fuels, to manage a fair global phase-out, and to guide a just transition could be used to preserve a planet that can support human life.

“With climate change being caused most significantly by the burning of fossil fuels, it is a matter of urgency like the petition states,” said Heather Castleden, the Impact Chair in Transformative Governance for Planetary Health at the University of Victoria, and one of the letter’s signatories.

“​​We need to have a precautionary principle toward maintaining human life on Earth, and one of the ways to do that is to end fossil fuel production,” she said. “It's one of those things that is fundamental to human life, I don't know how else to put it.”

The letter calls on world leaders to focus efforts on limiting the production of fossil fuels, something Canada refuses to do. That’s in part because to hit the Paris Agreement goal of holding warming to 1.5 C, global greenhouse gas emissions will have to fall 45 per cent by 2030, or six per cent per year between 2020 and 2030. The letter notes the global fossil fuel industry is planning to grow two per cent over that same period.

“Without international co-operation and policy processes focusing on the supply of fossil fuels, countries will continue to overshoot their already insufficient emissions targets,” the letter reads.

Denmark and Costa Rica are announcing new details of the Beyond Oil and Gas Alliance (BOGA) on Thursday, ahead of an expected official launch at COP26 later this year.

“The new bar of leadership that BOGA is creating puts to shame countries such as Canada, Norway, the U.K., and the U.S. that continue to drill for more oil and gas despite having the means to enable a just transition away from fossil fuels,” said Oil Change International global policy campaign manager Romain Ioualalen in a statement.

“These countries should be leading the pack away from fossil fuels. The time for excuses and greenwash is over.”

“The new bar of leadership that #BOGA is creating puts to shame countries such as Canada, Norway, the U.K. and the U.S.," says @Rlalen with @PriceofOil. #cdnpoli

One of the open letter’s signatories, Angela Carter, a University of Waterloo politics professor and author of Fossilized: Environmental Policy in Canada's Petro-Provinces, called BOGA the “future of climate policy.”

“This is science-aligned policy that's collaborative, and reaching right up into those highest levels of international governance to make change,” she said.

Castleden said it was exciting to see that type of nation-to-nation collaboration, and that it's important to have those types of relationships in Canada between Indigenous nations and the governments at various levels.

She added that land defence is critical because it's a “form of resistance” that’s “all about planetary health, and human health and well-being.” As such, she said international treaties should bring in the United Nations Declaration on the Rights of Indigenous Peoples and the idea of free, prior, and informed consent to incorporate Indigenous knowledge into governance.

The Indigenous Environmental Network and Oil Change International recently found that over the past decade, Indigenous resistance to 26 fossil fuel expansion projects in Canada and the United States has or will (if successful) prevent 1.8 billion tonnes of greenhouse gases from being released into the atmosphere — or about 28 per cent of annual Canadian and U.S. emissions.

“Victories in infrastructure fights alone represent the carbon equivalent of 12 per cent of annual U.S. and Canadian pollution, or 779 million metric tons CO2e,” the report said.

Climate advocacy group 350’s Cam Fenton said if Canada were to sign on to a fossil fuel non-proliferation treaty, projects like the Trans Mountain expansion would be off the table.

He described the strategy as bottom-up, with municipalities banning the construction of nuclear sites in an effort to push resistance up the chain.

Fenton said the strategy was effective to curb the nuclear industry at a time when it “was talking about how there would be a nuclear power plant outside of every city powering every home.”

“The reality is most of the cities that signed did not have the prospect of nuclear facilities being built in their border ... but what it did was it created a bottom-up rejection en masse of the idea of building new nuclear construction.”

Beyond thousands of scientists, academics, and other researchers signing a letter calling for a Fossil Fuel Non-Proliferation Treaty, the Dalai Lama and 100 Nobel laureates have too. The Nobel letter makes a similar case, calling it “unconscionable” to allow the fossil fuel industry to grow.

the cognitive dissonance between the truth of what must happen and the absence of daily focus on party platforms to make all fossil extraction stop in this election is terrifying.

media outlets have turned it as per status quo into a horse race for power with no urgency on climate action attached to the outcome of who gets to govern. we are f**d if it is a majority lib or con gov. who knows if ndp will cave on fossil like in bc and albaturda even if they have leverage in a minorty situation