Do young voters understand the power of strategic voting? 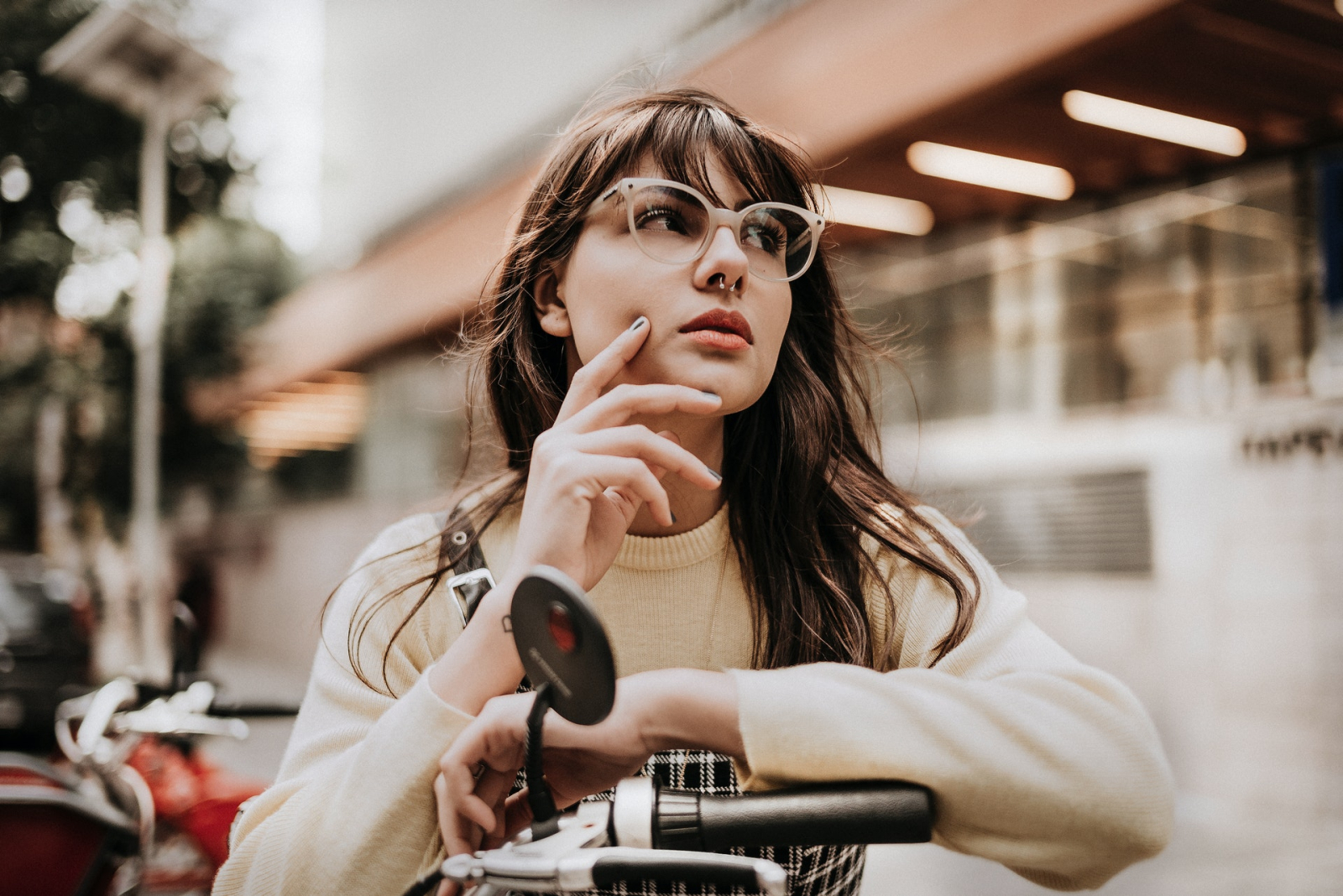 Younger voters could become a deciding group in the election, and the impacts could be significant — for better or worse. Photo by Misha Voguel / Pexels
Previous story

In the throes of a federal election, young voters are a potentially huge voting cohort that needs to understand the potential impacts of strategic voting.

The NDP is engaging young voters on TikTok, with videos dedicated to supporting the party and encouraging them to vote, but it is unclear whether young Canadians are aware of the implications of their vote.

There is typically a significant gap between younger and older demographics when it comes to voter turnout. In 2015, the turnout for young voters was more than 20 percentage points lower than for people in the 65 to 74 crowd, according to Elections Canada. Younger voters could become a deciding group in the election, and the impacts could be significant — for better or worse.

Lack of engagement isn’t the only obstacle for youth. It’s also understanding the importance of their vote, especially if one cast for the NDP increases the odds of a Conservative government that does not necessarily share the party’s priorities, such as taxing the rich and pharmacare.

What is strategic voting?

Strategic voting has been used by Canadians in past elections, though for many, with such a close race between the Liberals and Conservatives, the stakes appear higher this time around.

Voters don’t always choose their preferred candidate on election day. Sometimes, they use their vote to prevent a certain party from winning. In the case of NDP supporters, it has meant some voting Liberal to stop the Conservatives from winning.

With two major progressive parties in Canada, the left-leaning votes can often be split between the two parties, whereas many right-wing supporters typically stay loyal to the Conservatives. Splitting the vote could result in a Conservative victory, something that left-wing voters would not find ideal.

With major issues on the line like abortion rights and access, climate change, and COVID-19 vaccine mandates, the federal parties differ in their platforms and promises to voters.

Strategic voting has the potential to decide this election. If left-wing voters are interested in stopping a Conservative government by switching their vote from the less-likely-to-win NDP (the party has 19.4 per cent support and the Liberals have 31.9 per cent, if you follow the polls), the Liberals could surge past the Conservatives.

Here’s what Leger, the largest Canadian-owned polling firm, found in a web survey of 2,001 Canadians over the age of 18 it did with The Canadian Press — more than one-fifth of those surveyed said if the race was tight between the Liberals and Conservatives, it would make them more likely to switch their vote to the Liberals.

The NDP is engaging young voters on TikTok, with videos dedicated to supporting the party and encouraging them to vote, but do young voters know how much power they wield this election? asks @CamillaBains

Nearly one in three voters who said they plan to vote NDP said a close race could convince them to vote Liberal instead to stop a Conservative majority.

“People are taking more time to make their decision... In 2019, 10 per cent of the voters confirmed their final choice in the voting booth,” says Leger founding president Jean-Marc Leger in an interview with Canada's National Observer.

What do the polls say?

Current polls (as of publication) estimate the race between the Liberals and Conservatives to be neck-and-neck, with the Liberals holding a very narrow lead.

I’m in Calgary Confederation and off to vote. A vote for the NDP is a vote for Len Webber. We can flip this riding with strategic voting! 💪🏻🇨🇦 #cdnpoli pic.twitter.com/6dbVG1C0dm

Young voters have taken to Twitter to express their views on strategic voting.

@BraccoCallaghan told her followers, “A vote for the NDP is a vote for Len Webber,” urging fellow voters to vote strategically. Webber is the Conservative running to keep his seat in the riding of Calgary Confederation.

It’s noteworthy that strategic voting is not a full-proof plan, but with more than one federal left-wing party, splitting the vote and getting a right-wing government is something many progressives would not like.

Camellia Wong, communications director of Future Majority, says young people will show up to vote when there are issues on the table that really matter to them.

Future Majority is an initiative based in Toronto with the goal of mobilizing young voters in elections. Wong says the group is focused on getting youth engaged, aware of their voting options, and out to the polls, and topics like strategic voting take a back seat.

“I would say youth are 100 per cent engaged in this election,” says Wong. “What's happened with young people is that we've realized that there are so many things in this country that need to be fixed. There are two huge issues that young Canadians are going to the ballot box for and want to see action on: Climate change and job instability.

“We want to ensure that politicians understand that youth have power in this election,” says Wong. “Encouraging young people to vote is really critical in this election. We know that there are lots of stakes, so we're excited to see how Monday goes.”

— With files from Nora Legrand.

"'A vote for the NDP is a vote for Len Webber'"
A vote for the Liberals is a vote for Suncor, CNRL, and Cenovus.
*
"In the case of NDP supporters, it has meant some voting Liberal to stop the Conservatives from winning."
And where has strategic voting gotten us? Six years of failed climate policy and fossil fuel expansion so far — to be followed by at least another four years of failure. More like decades. Liberal energy policy locks us into a fossil fuel future.

The Liberals can be relied on to play the fear card every election to limit the NDP vote — instead of convincing progressive voters that Liberals are the better choice. Voters should ignore such desperation tactics and vote their values.

On climate, Liberals are not the better choice. The Liberals' track record on climate is dismal. The Liberals have proved far more effective than the Conservatives in delivering on Big Oil's and Corporate Canada's agenda. Trudeau's fossil fuel expansionist agenda is antithetical to climate action.
Article on today's Observer: "United Nations warns of hot and 'catastrophic' future". The consequence of fossil fuel expansion courtesy of Trudeau's Liberals.

Climate Action Tracker's 2021 report rates Canada's efforts overall as "highly insufficient". Both the Liberals and Conservatives plan to fail on climate. If apocalyptic climate policy appeals to you, vote accordingly.
People concerned about their grandchildren should vote for a better future.

Time to give the Liberals a

Time to give the Liberals a time-out.
How else to get the message across to the Liberals that their record of disastrous climate policies, broken promises, betrayals, cynicism, and Trudeau's mockery of First Nations* are unacceptable?
If voters reward betrayal and excuse broken promises, expect more of the same.
If Canadians wish to encourage politicians to ignore their mandates and break their campaign promises, by all means, vote Liberal.
If you want to break them of the habit, park your vote elsewhere or stay home.

Democracy doesn't work unless voters hold politicians to account. A vote for the Liberals or Conservatives in 2021 is a vote for Big Oil, petro-politics, democratic erosion, climate disaster, science denial, and betrayal.

There are two serious

There are two serious problems with this piece.

The first is the highly dubious claim that the Liberals are a progressive party, rather than essentially a status quo, big business party. As is often said, and repeatedly demonstrated, the Liberals campaign from the left and govern from the right. By parroting the Liberal campaign line about being the only pragmatic choice for progressive voters, journalists become naive accomplices in the Liberal propaganda machine.