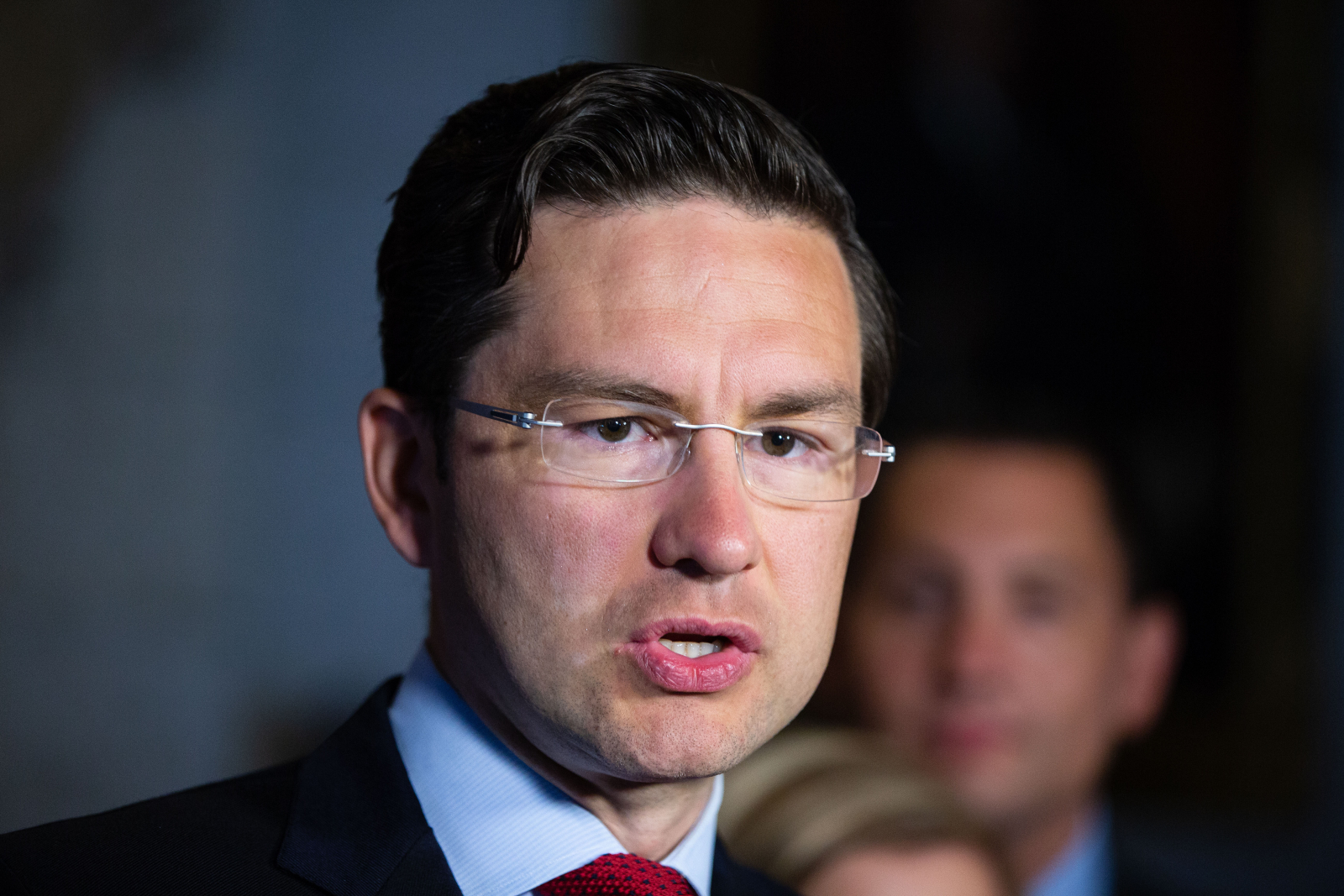 For almost as long as the government has been spending money to help Canadians weather the pandemic, Pierre Poilievre has been warning about the dangers of that spending, says columnist Max Fawcett. File photo by Alex Tétreault
Previous story

As the global economy continues to emerge from last year’s pandemic-driven slumber, concerns about the risk of inflation are back. And nobody is happier to amplify those fears, or blame them on Liberal Leader Justin Trudeau, than Pierre Poilievre. After year-over-year inflation hit 4.1 per cent in August, the highest reading we’ve seen in Canada since 2003, Poilievre tweeted: “The ‘experts’ were wrong again--turns out printing money to fund deficits still causes inflation.”

Never mind that this figure is lower than the 5.3 per cent the United States saw last month, or that Canada’s figure would be 3.2 per cent if you strip out the impact of soaring oil (and gasoline) prices. For Poilievre, this is vindication in his long-running attempt to link Liberal policies to global economic trends — and proof that while Erin O’Toole may currently be the leader of the Conservative Party of Canada, Poilievre is the most outspoken ambassador for its values and beliefs. Trudeau may not think about monetary policy, as he said earlier in the campaign, but it seems like Poilievre doesn’t think about anything else.

In an infamous Facebook video earlier this year, he channelled his inner Ben Shapiro and used a piece of lumber as a representation of the dangers of inflation. “In one year, you went from getting three feet of two-by-four to one foot,” he said. “The difference is inflation.” As it turns out, the difference was something entirely, well, different. After peaking at nearly $1,700 this May, when Poilievre recorded his video, lumber prices tumbled to less than $500 in August — a fall of more than 70 per cent. Today, lumber trades at the same price it did in 2018, hardly the sign of an inflationary spiral.

Indeed, much of the inflation people like Poilievre clutched their pearls about earlier this year was a direct result of the COVID-19 pandemic. As U.S. Federal Reserve chair Jerome Powell said in an Aug. 27 speech, “the spike in inflation is so far largely the product of a relatively narrow group of goods and services that have been directly affected by the pandemic and the reopening of the economy.”

It’s not, in other words, the result of the U.S. Federal Reserve or the Bank of Canada printing money, as Poilievre and his fellow inflation hawks in the United States like to claim. And the austerity they prescribe would undermine the economic recovery that’s underway, just as it did the last time they prescribed this medicine in the wake of the 2007-08 financial crisis. As Bloomberg’s Robert Burgess and Beth Williams argued in a recent piece, “Would a less accommodative stance open the ports in China that have been hit by COVID outbreaks? Would it solve the semiconductor chip crisis that has curbed the production of autos and sent used-car prices soaring? Would it reverse the five-fold increase in shipping-container costs? Would it lower food prices that have soared because of droughts and worker shortages? Would it address the shortage of truckers that have led to higher transportation costs? The answer to all these questions is no.”

Don’t expect Poilievre to take no for an answer here, or give up on his crusade any time soon. He remains convinced the Bank of Canada’s decision to support the economy during COVID-19 through interest rate cuts and so-called “quantitative easing” will lead to a massive inflationary spike, one that will drive up the price of everything from groceries to housing. And while his party’s leader may have referenced the “inflation crisis” in the recent English-language debate, it’s the leader of another party — and Poilievre’s former cabinet colleague — who seems to share his passion for the issue.

“Inflation is the most insidious of all taxes,” PPC Leader Maxime Bernier said in an Aug. 19 statement. “It affects the poor and those on a fixed income like pensioners more than the rich.” That’s why his party is proposing lowering the Bank of Canada’s inflation target from two per cent to zero — a ruinous economic strategy, but one that will appeal to inflation truthers like Poilievre.

The real question, though, is whether the issue of inflation will resonate with voters. It’s been a long time since it was a key election issue — so long, in fact, that you have to go back to the last Liberal leader named Trudeau. In 1974, the growing threat posed by rapidly rising prices consumed much of the political oxygen in that campaign, with Progressive Conservative Robert Stanfield arguing in favour of price and wage controls and Liberal Leader Pierre Trudeau firmly opposed to the idea. Ironically, after winning a majority, Trudeau would quickly embrace price and wage controls after inflation approached 11 per cent in 1975.

Poilievre’s attempt to make inflation into a ballot issue is working with op-ed writers at the Financial Post, and Jason Kenney’s favourite economist, Jack Mintz, has written a number of columns lending his support to the cause. But so far, at least, it doesn’t seem to be connecting with the general public, whose broader concerns about affordability don’t seem to be translating into a conversation about monetary and fiscal policy. We’ll have to wait and see whether that ends up being a missed opportunity by the time we go to the polls again — and whether Poilievre is in an even better position to relitigate his argument.

........turns out printing money to fund deficits still causes inflation.”.... I understand that inflation is created by a combination of economics events and missteps yet Pierre is somewhat correct in what he has been saying. I do not vote Con but I do believe that the real economic problem coming our way is how the elected government undertakes to pay down the HUGE debt the country has accumulated this past year. We all will feel the cost of this and it will hurt.

As Paul Krugman also believes, the evidence to date suggests that the month-to-month inflation numbers are transitionary. But unresolved in my mind is where all that 'printed money' has been going. I hear corporations are hoarding billions.

Pierre Poilievre is Canada's Ted Cruz, and nobody likes either of them.

I find it difficult to

I find it difficult to compare Pierre to Ted. Cruz is by far the least intelligent of the two. There is much media evidence to support this opinion.

Excellent analysis, but it

Excellent analysis, but it may be an example of banging one’s head against a wall. He won’t change and, more disturbingly, neither will the voters in Carleton. Sad, but all too true.