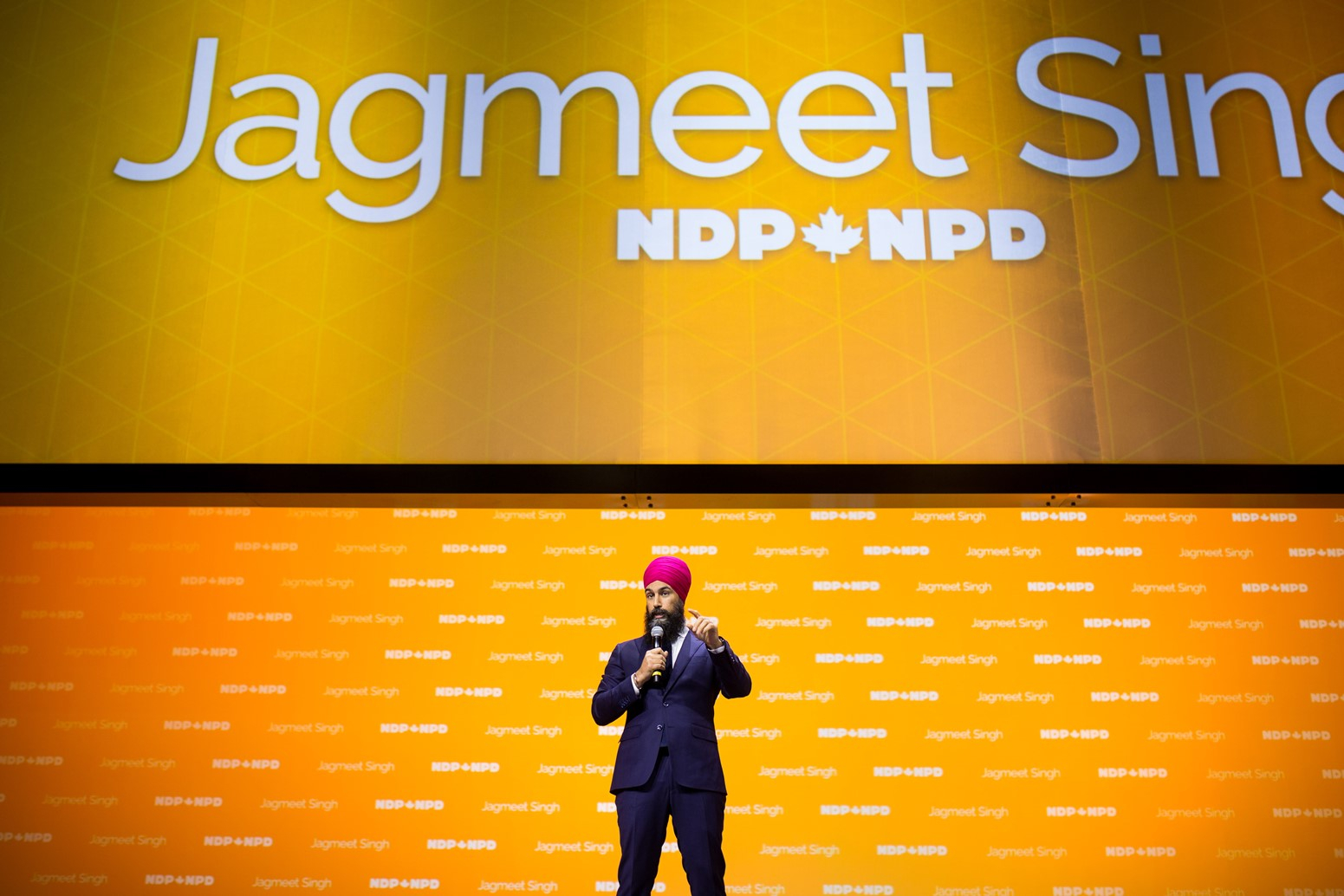 Jagmeet Singh said Tuesday he feels secure in his leadership despite an NDP seat count that barely budged following a pandemic election that exposed a tarnished Liberal brand and saw Canadians consistently rank him as the most popular party chief.

"I'm pumped about the important work that we have to do," Singh said in Vancouver. "We had the same position in the last Parliament and we were able to secure a lot of really important victories."

The New Democrats had 24 seats in the House of Commons at dissolution and, while some close races are still being counted, it appeared as of Tuesday evening they have gained only a seat or two.

Singh said he was proud of his team, but "disappointed" that many NDP candidates who failed to win their ridings will not be joining him in Ottawa.

The showing on election day was significantly smaller than Singh predecessor Tom Mulcair's 44-seat outcome in 2015, which led to a leadership review and Singh's ascension in 2017.

Monday prompted some déjà vu among New Democrats after a tough run in 2019 that cost them 20 seats. Singh was relatively new on the federal scene at the time, with only two years under his belt as leader of a party that also faced financial pains.

This time around, the NDP spent millions more, and Singh enjoyed nationwide name recognition and a stated record of boosting pandemic relief to run on. He had also consistently been found the most likable leader in public opinion polls, leveraging an outsized social media presence that blends talking points and trap beats.

But those bona fides didn't translate into ballots cast — "the only currency that matters," said Karl Bélanger, president of consulting firm Traxxion Strategies and former senior adviser to the NDP.

The NDP failed to make significant gains in key ridings in Quebec and downtown Toronto, and its share of the popular vote — 17.7 per cent as of Tuesday — fell short of polling projections.

"You've lost a few seats, you've gained a few others. So you're treading water. You need to do better. And the key to that is to get the people who say they will vote for you to actually vote for you," said Bélanger.

He added that Singh's place atop the party is secure at least in the short term.

"I have total confidence in Jagmeet," NDP MP Taylor Bachrach said in an interview, citing his "incredible enthusiasm and positive spirit" on the campaign trail.

Experts questioned New Democrats' tactics on the ground after get-out-the-vote efforts in the final week appeared to fall short.

Neck-and-neck races the NDP had hoped to win but which are still in doubt as mail-in ballots are counted include: Toronto's Davenport riding, Montreal's Laurier-Sainte-Marie, Berthier-Maskinongé in rural Quebec, Windsor-Tecumseh in southwestern Ontario, the New Democrat-held Hamilton Mountain and, in downtown Toronto, Spadina—Fort York, where the Liberal candidate was effectively booted from the party over the weekend but still managed to come out ahead.

"If you're thinking about what kind of conditions in which the NDP could make their breakthrough with Jagmeet Singh at the helm, this was it. And he didn't pull it off."

The party did pick up a pair of new seats in Edmonton and the Lower Mainland riding of Port Moody-Coquitlam in British Columbia. It also maintained a tenuous lead in the previously Green riding of Nanaimo—Ladysmith.

The Liberal shift to the left on social policy and spend-happy budgets has "squeezed" the NDP, and makes holding together a base that ranges from unionized trade workers to urban progressives all the tougher, Jeram said. "I'm not sure that the leadership is the imminent problem."

Singh criticized Trudeau on Tuesday for holding an election during the pandemic, saying it seems to have resulted in long lines at polling stations, less accessibility and ultimately a low voter turnout. The lack of polling locations on campuses due to an Elections Canada decision prompted by COVID-19 concerns may have hurt NDP prospects, as young people tend to vote orange in higher numbers.

The New Democrats, as the fourth party, are nonetheless back in a position to hold the balance of power in supporting the minority Liberal government following a 36-day campaign that largely focused on Singh slamming Trudeau, often in very personal terms.

Singh said he has no intention to force another election.

"We used our position (in the previous minority Parliament) successfully to win really big victories for people, for Canadians. They were better off because we were there," he said.

"We will do the same thing."