One massive B.C. wildfire leads to insurance claims of $77 million 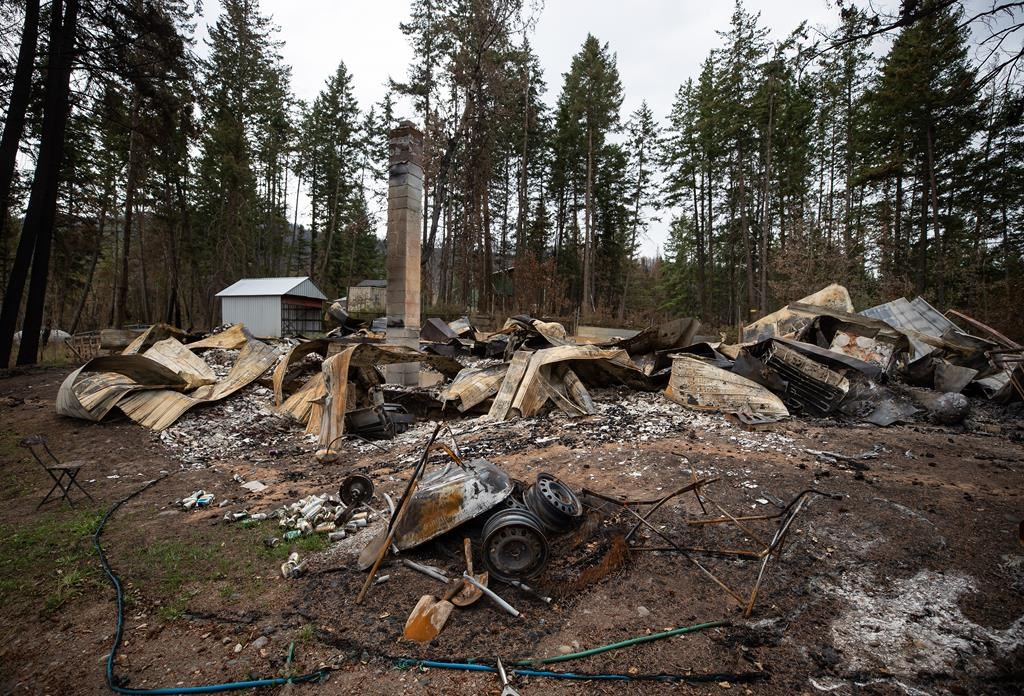 A chimney is all that remains standing at a home that was destroyed by the White Rock Lake wildfire earlier this month, in Monte Lake, B.C., on Thursday, August 26, 2021. File photo by The Canadian Press/Darryl Dyck
Previous story
Next story

A wildfire that began on Aug. 2 in British Columbia and grew to more than 833 square kilometres is now estimated to have caused $77 million in insurance damage.

The cost estimate from the Insurance Bureau of Canada says the so-called White Rock Lake fire destroyed 78 properties in the Central Okanagan.

The bureau says the fire was one of the most destructive blazes in the province this year and they are expecting more than 800 claims related to the disaster.

Aaron Sutherland, vice-president of Canada's Western region at the bureau, says the growing frequency and severity of wildfires are costing more for both insurers and taxpayers.

The damage toll is comparable to the wildfire that destroyed much of Lytton, B.C., in June, causing about $78 million in insured property damage.