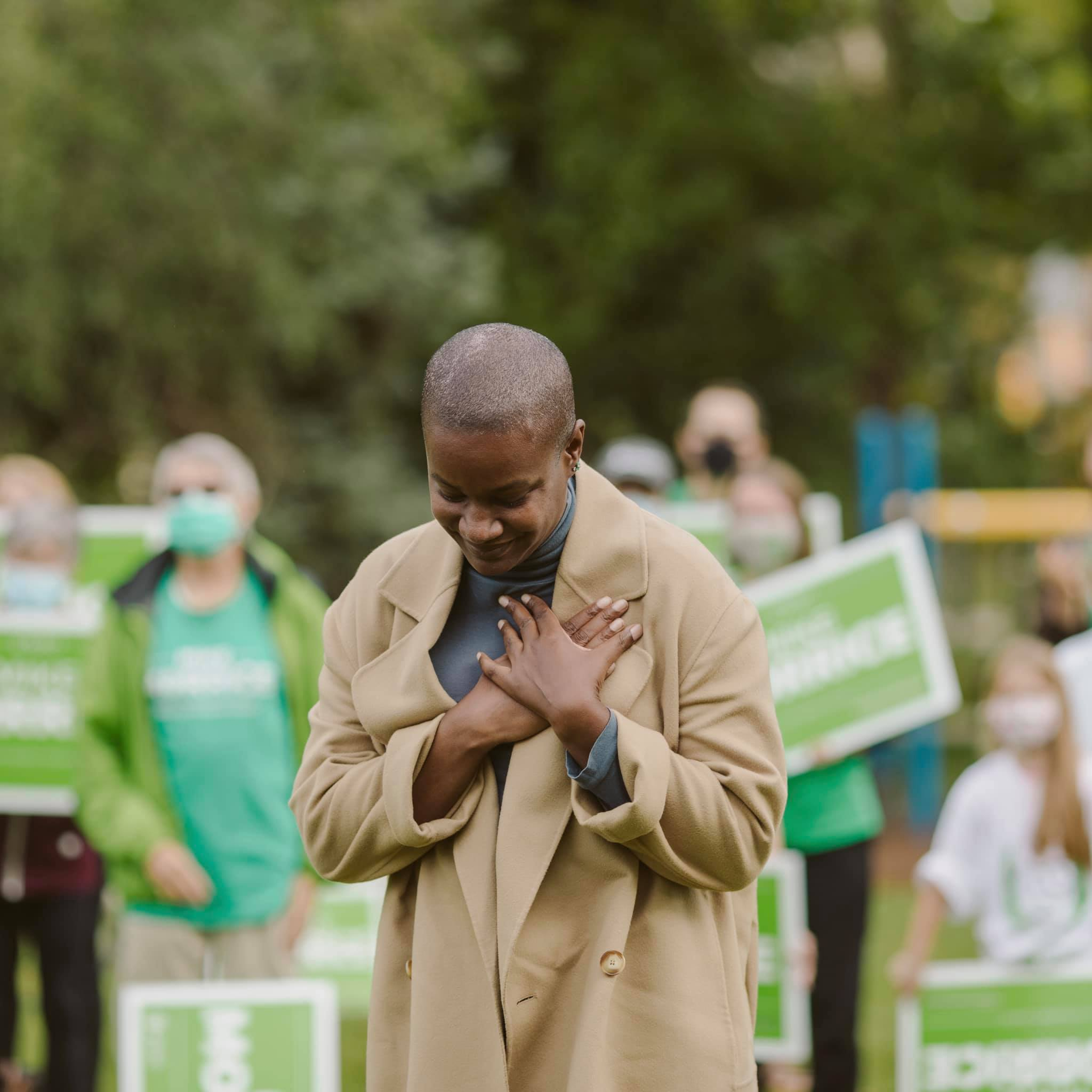 Annamie Paul is resigning as Green Party of Canada leader, after months of party infighting, losing an MP to the Liberals, and failing to win her seat in the House of Commons. Photo via Paul / Facebook.
Previous story
Next story

Annamie Paul is resigning as Green Party of Canada leader, after months of party infighting, losing an MP to the Liberals, and failing to win her seat in the House of Commons.

The announcement comes as a result of one of the Green Party’s worst electoral performances in its history. The party’s popular support collapsed, falling to 2.3 per cent of the vote from 6.5 per cent in 2019. Still, during a brief press conference Monday morning, Paul refused to take responsibility for the party’s collapse.

Paul did not accept any responsibility for the infighting in the party, despite former Green-turned-Liberal Fredericton MP Jenica Atwin blaming Paul for her decision to cross the floor. Instead, Paul said since she became leader the knives were out.

“When I arrived at that debate stage, I had crawled over that glass, I was spitting up blood, but I was determined to be there,” she added.

Paul said she had no regrets about the campaign, and cast the decision to resign the leadership post as being about no longer having “the heart” to fight the party. She said on the day of the election she received an email from the party executive calling for an emergency meeting to launch a leadership review, and then on Saturday was informed a leadership review had been launched.

“I just will not spend any more time focused on political games instead of public policy which is what I entered politics for in the first place.”

Paul closed her press conference by acknowledging internal fights over the future of the party. She said she wanted to see others in the party pick up the baton to move the party in the direction she wants it to go in, and that those who were against her will not win.

“For those Green Party members who have taken great pleasure in attacking me … you may take small comfort in this for a moment, but please know that there are many more people like me than there are you, and you will not succeed in the end,” she said.

Annamie Paul been an

Annamie Paul been an incredible disappointment, esp. for those of us who ranked her highly on our party leadership ballots. Hard to imagine a worse leader for the Greens. She won't even distance herself from a statement about working to defeat the MPs of her own party. She's done enough damage to the party, so glad to see her go.