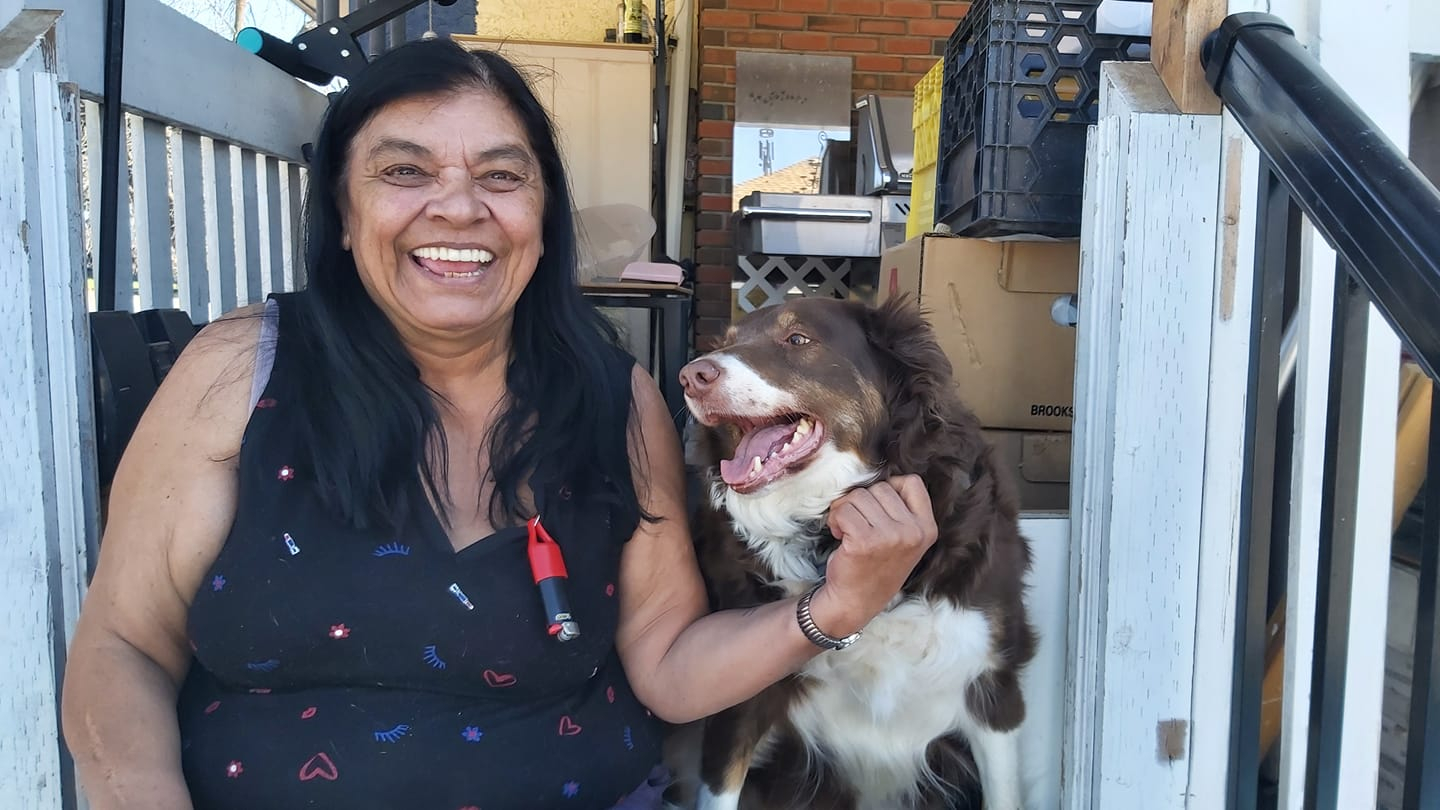 Longtime activist for missing and murdered Indigenous women and girls Gladys Radek spoke to Canada's National Observer ahead of the National Day for Truth and Reconciliation. Photo from Gladys Radek / Facebook
Previous story
Next story

Canada’s National Observer spoke with Gladys Radek, a longtime activist for missing and murdered Indigenous women and girls, ahead of the National Day for Truth and Reconciliation.

Radek is a Gitxsan/Wet’suwet’en First Nations woman who became a dedicated community activist after her niece, Tamara Chipman, went missing along the Highway of Tears in 2005. Chipman remains missing to this day. Along with organizing walks for justice that have taken Radek across the country, and becoming a family advocate for the National Inquiry into Missing and Murdered Indigenous Women and Girls (MMIWG), Radek founded Matriarchs in Training, a group of young women activists in Terrace, B.C., who fight for awareness for MMIWG.

(This interview has been edited for brevity and clarity.)

What does the National Day for Truth and Reconciliation mean to you?

Sept. 30 is going to be strong as ever this year. It's heartbreaking, but a lot of our elders have not survived, and those are the ones we'll be honouring. I'm not taking away from what happened for 9/11, but I would love to see this government make a list of all those whose remains they found. I want them to read it out, to feel that pain our people are feeling, and I want them to sit there and read it out, and read it out, and read it out, and then see if (Justin Trudeau) can apologize again. But I can guarantee you, they'll probably never ever do that because the systemic racism is still continuing through every governmental policy there is to try to annihilate us. That’s not going to happen. And they better just get used to that because we're not going away any time soon.

What emotions have been surfacing for you recently?

I just got back from Kelowna last week and had a lot of time to reflect because it was the 16th anniversary of Tamara’s disappearance on Sept. 21. That day, I chose to drive along the Highway of Tears. It's such a sad thing that you can drive along and you can feel the pain of those families every time. Those little trees, they look like little crosses all the way along. I remember the spots where all the girls went missing.

I drove past the spot where Nicole Hoar went missing, the first white girl who went missing on the Highway of Tears in 2002. People started paying attention, everybody was talking about this beautiful white girl with a beautiful smile who went missing. Meanwhile, we were sitting there and we'd already had several women and girls go missing up here and been found murdered (whose cases) remain unsolved.

What is a meaningful action settler Canadians can take to work toward reconciliation?

Stop targeting us. Mainstream society needs to stop targeting us with the racism. I would just like to see our people all being treated like human beings. They call us animals, but we're not animals. Animals treat their siblings and their families way better than what humans do.

As the National Day for Truth and Reconciliation approaches, #MMIWG activist Gladys Radek is urging Canadians to come out and see everyone who was affected by residential schools and listen to and support survivors. #ResidentialSchools #TRC

What does the role of local community organizing play in advocating for MMIWG?

What should meaningful action to address the safety of Indigenous women and girls look like on the governmental level?

I've been feeling pretty exhausted thinking about everything that has been done by our activist women. It seems like we're all standing here waiting for this government to move forward with some of those implementations (from the national action plan). It's going to require a lot of funding, it's going to require a lot of infrastructure. When you're building these man camps for resources, you better start building homes for the women and children too. A lot of times what happens is our people wind up homeless because the government and the industries have not adhered to the community needs, one of which would be affordable housing. When big industry moves in, all your rent skyrockets, your hydro, your phone bills, your groceries, everything skyrockets — which is exactly what happened, not just in Kitimat, but in Terrace (when work camps for resource development projects set up nearby). Driving downtown now it's a really noticeable difference having all these strangers around. We're having stories reported online about women and girls (who) have been abducted or near-abductions. Our kids are being nearly abducted and picked right off the street. And usually, First Nations women are the targets. That's got to stop.

This summer, more than 1,000 unmarked graves of Indigenous children were confirmed on the grounds of former residential schools. In light of these findings, what action needs to be taken immediately?

The government and the churches really need to let go of their records, they need to start coming clean about the atrocities they've done. (The residential school system) was over 100 years of sexual abuse, physical abuse, spiritual abuse, and trying to annihilate us, and they need to do something to stop victim-blaming, which is what they've done with us. What do I expect them to do for residential schools? They probably won't do anything. I have no faith in that system. And they're probably going to be gathering more and more bodies over the years because they’re finally taking the time to do the infrared (scanning). And yet we've been talking about it for decades. We've been telling people what's been going on for decades, and now all of a sudden, somebody had the need to go in and just find it, and sure enough, they did in Kamloops. That was the most heartbreaking day for our whole Nation. I remember the silence was eerie after that happened.

We need space so we can heal our broken hearts, for our families, for our ancestors. Healing and wellness centres are much needed, and they need to be fully financed by the government so we can learn about the atrocities and try to come together and forgive as a group. We do not need to be micromanaged under white people. We want our places run by our own people who understand each other and understand our cultures.

What is one thing every settler Canadian should do on Sept. 30?

I think they should come out and not only see how many people were affected, which was all of us, but come out and listen to our stories, listen to these elders, listen to what they've been through and see for yourself if you think you could survive what has happened here, this genocide.

If you could convey a message to every Canadian about the National Day for Truth and Reconciliation, and all the issues we have discussed, what would it be?

Please do what you can to end this vicious cycle of racism. And support the survivors who have gone through so much, and just listen to us and see — see with your eyes — that we are all human beings, and we all belong here.

Is there anything else you want to add?

I just wanted to let Canadians know we are still alive, we are still here, and we deserve to be here as much as anybody else, here in Canada especially speaking of multiculturalism, when we've got so many other cultures that are readily accepted in Canada, it's time they started accepting our cultures as they are.

Activists, MP say Trudeau failed to act on MMIWG. Will he act now?