Regenerative farming could save our food supply. Can B.C. get everyone to embrace it? 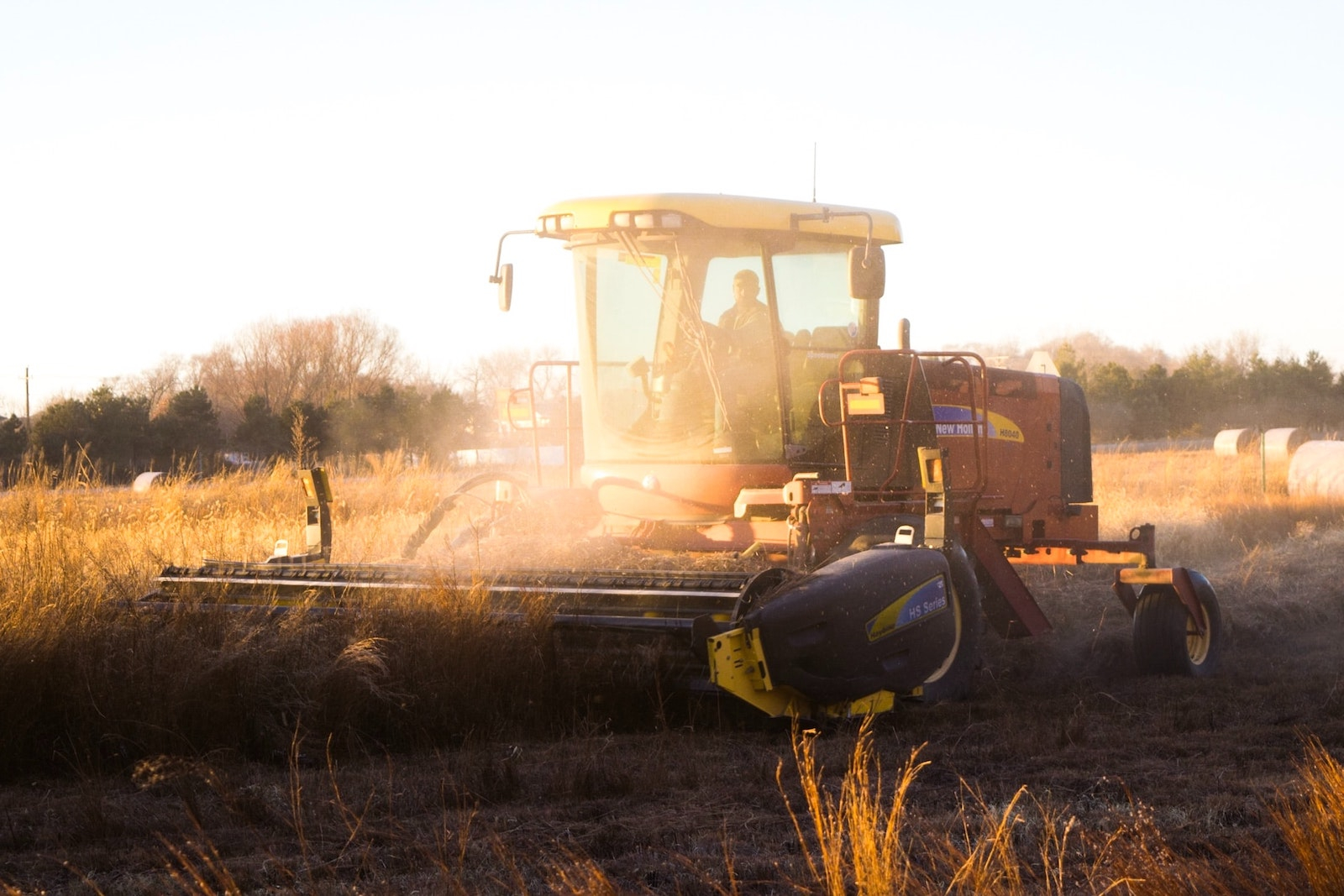 How we grow food needs to change, but there are searing tensions over the role technology should play in the future of farming. Photo by Noah Buscher / Unsplash
Previous story
Next story

B.C.’s government is now trying to convince the two sides to get along in a bid to make its food supply more sustainable.

A conference hosted by the Ministry of Agriculture last week saw proponents of both approaches share the stage to discuss how to make regenerative farming more widespread across the province. Regenerative farming is a loose collection of techniques aimed at improving soil health, sequestering carbon, and boosting biodiversity.

While regenerative practices have sustained many small-scale, Indigenous, and organic farms for centuries, the approach has seen booming interest in recent years. Huge food companies like McCain Foods and General Mills have pledged to use the regenerative practices on their farms in a bid to reduce their environmental footprint.

B.C. is the first province to explicitly incorporate regenerative agriculture into its food and farming policies.

There is a catch: No one agrees on what regenerative farming exactly means.

“Regenerative farming is more of a mindset,” said Cedric MacLeod, an agronomist and farmer in New Brunswick.

However, unlike organic certification, a third-party designation that requires farmers to use specific farming practices and often enshrines social and cultural values, regenerative farmers aren't limited in the technologies they use or the social and economic values they support.

Regenerative agriculture is booming right now. But what it is exactly and the role tech should play in its future are up for debate. #Farming #SustainableFood #FoodSupply #BC

Critics say that opens the door to dangerous possibilities where tech-heavy regenerative farming could become a foil for companies to avoid change.

Chief among their concerns is the ability of tech-driven regenerative farming to transform the economic model that drives industrial farming. That model is profitable only for a few very big farms that typically grow commodity crops, explained Irena Knezevic, a professor at Carleton University who studies technology and agriculture.

“What we're seeing is that these technologies are developed in a way that supports ... a very particular kind of farming,” she said. “They focus on large-scale production of a single crop and typically, it's cash crops. It's not horticulture.”

While they could be effective in reducing the environmental impact of industrial farms, they risk further entrenching high-tech agriculture and major corporations at the expense of smaller and more diversified farms, she said. In a September report, the UN made clear that more diversified farms are essential to tackling climate change, biodiversity loss, and global hunger.

“At stake is really our ability to produce food for the future. If we're trying to fix problems caused by technology (with) more technology, we have no reason to believe it will work,” added Knezevic.

That's not the only issue. Agri-businesses are under increasing pressure to stop harmful industrial farming practices like heavy pesticide use. In their place, these companies are increasingly using high-tech robots, AI, and big data to reduce their emissions, pesticides and fertilizer use, and measure how much carbon they can sequester in farmers' fields, explained Kelly Bronson, a professor at the University of Ottawa specializing in big tech and agriculture.

While these data may appear innocuous, they could be used by agri-businesses to shape the future of food globally to the benefit of major corporations, regardless of the social, economic, or environmental costs.

“There's no reason we shouldn't think of Monsanto (now Bayer) as the new Facebook,” she said.

They acknowledged that emerging technologies can be tremendously beneficial to farmers, helping with everything from weather monitoring to feeding cows. To be successful, however, these machines need to be designed for a diversity of farmers, and the data they generate is largely protected from misuse.

Knezevic and Bronson's concerns were echoed last year in a controversy following a 2020 report commissioned by the B.C. Ministry of Agriculture pushing the province to rely on high-tech farming, or agritech, to sustainably meet its food needs. The findings were blasted at the time by dozens of farm advocates and food scholars in the province who feared the approach would entrench industrial farming and corporate control over food, a handful of whom spoke at the province's recent event.

It's a tension the event tried to address, said Popham.

“I've spoken to so many farmers — small, medium, and large — and I know they all use forms of agritech,” she said. “With this conference, it was very, very important not to put up barriers between organic, conventional, regenerative, large-scale, small-scale (farmers). It was an umbrella for everyone to come under.”

Another timely article on a

Another timely article on a grossly underrated subject.

Regenerative agriculture does, as the article stated, rely on improving soil health. What isn't mentioned is the essential component of conservation tillage. No-till practices (i.e. no disc harrowing or rototilling) result in soil that remains mostly undisturbed. Crops are planted with simple seed drills.

Continuous cover is another practice that has tremendous benefits, one being minimizing erosion from wind and water. Cover crops can be chosen for their ability to capture carbon and nitrogen from the air and sequester them into the soil (e.g. clover). Taller cover crops are rolled over in one direction at a set time and the plant tissues are left to decay into the soil as surface mulch. Cash crops are planted with seed drills right through the rolled over cover crop.

Sequestering CO2 through regenerative agriculture and conservation tillage can be one of the most effective and cost-effective climate action policies, one that the feds should consider along with paying farmers to grow and nurture groves of trees instead of plowing up the landscape.

These practices require far less machinery and maintenance than standard agribiz. Churning up the soil every time you plant a crop releases huge quantities of CO2 from the soil and brings dormant weed seeds to the surface by the hundreds of millions. Agribiz folks will then sell you herbicides, but the smart farmers would leave the dormant seeds deep under cover and save lots of money.

Tilling destroys the symbiotic relationship between mycorrhizae fungi in the soil that forms huge underground webs and filaments that surround the root systems of plants and draw in moisture and nutrients. A half century of tilling a field without sufficient organic input will sterilize the soil, destroy these beneficial relationships between organisms and render the dirt down to its mineral base (sand and gravel) once the organics are gone.

What bothers me about articles like this is that there is the mistaken notion that regenerative agriculture cannot be applied to very large farms, and that small scale organic market gardens are the only solution. Both are valid but have different scale-based functions. Market gardens using No Dig with compost based soil amendments are tremendously productive (if labour intensive) and are geared toward the urban market. Large scale conservation tillage and cover cropping is perfectly adaptable to big Prairie grain export operations, and this is where the tension with agribiz is played out. Large scale farmers need to know that their yields will increase dramatically while their fuel, petrochemical and machinery costs will concurrently decrease with conservation tillage and regenerative planting.

It's a very good thing that the BC government became better informed and changed its tune on agriculture, even though they'll probably still need some hand holding. Now, if they can only look at BC's decimated and mismanaged forests in the same light. Continuous cover ... that would be equally important for trees.

I'm fundamentally on the

I'm fundamentally on the small farmers' side in this. But thinking it's technology that caused the problems is a mistake. It's our economic system that caused the problems, and that shaped what technologies were developed and how they were used. Technology as such is fine, it just needs to be developed under the control of different interests--such as real people's interests, not the interests of legal entities existing solely for profit and given fictitious legal personhood.