COVID benefits will expire if return to Parliament is delayed until Nov. 21: NDP 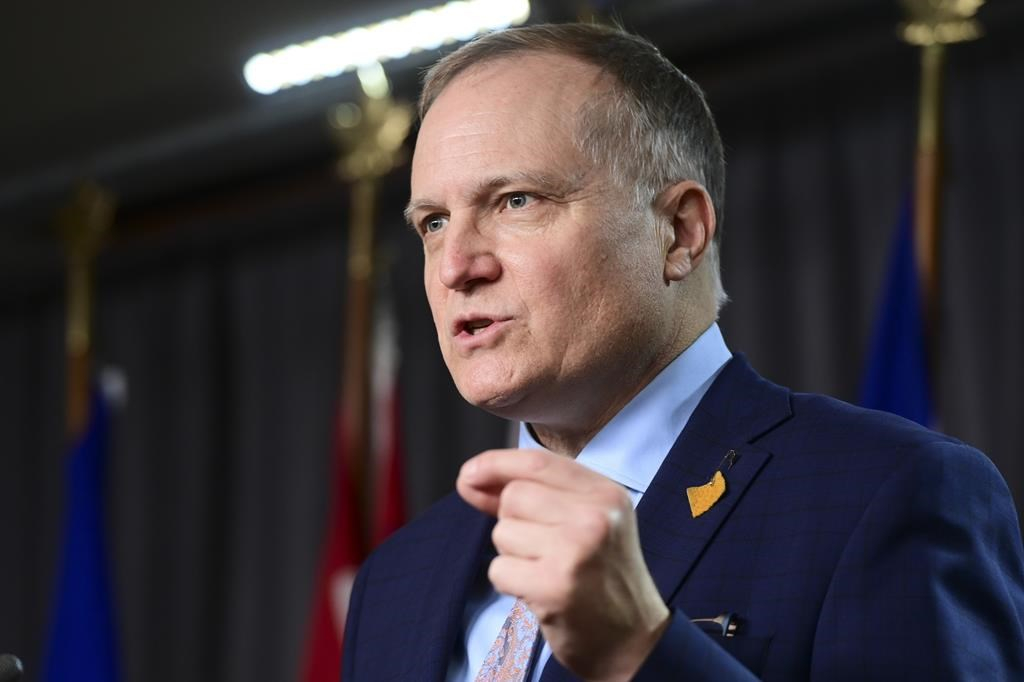 Peter Julian, the NDP House leader, has written to the government complaining about its decision to delay the return of Parliament.

Julian says delaying MPs' return to the House of Commons until Nov. 22 will mean that emergency COVID-19 benefits will expire before Parliament can renew them.

The Canada Recovery Benefit, and others set up by the government to help Canadians through the pandemic, are due to expire on Saturday.

The cabinet can extend most COVID-19 benefits until Nov. 20 without a new law, but a new bill would have to be passed through Parliament to extend them beyond that date.

The emergency benefits, set up by the government to help Canadians and businesses hit by the pandemic, could then be applied retroactively, but Parliament would have to pass a law first.

Julian says in his letter to Deputy Prime Minister Chrystia Freeland and government House leader Pablo Rodriguez that delaying the return of MPs for more than two months after the election is "indefensible."

He said the “very late return date” would not give MPs the time to pass legislation to prevent loss of support for people in the fourth wave.

The government has not said if it plans to extend the COVID-19 benefits further, but Rodriguez's office says when Parliament returns there will be an "immediate focus" on the benefits people and businesses rely on during the pandemic.

It hinted that, with co-operation from opposition parties, action could be taken on COVID-19 supports swiftly once Parliament returns.

The prime minister plans to call the leaders of opposition parties this week to discuss "the priorities that Canadians have for us all," Mark Kennedy, spokesman for Rodriguez, told The Canadian Press.

He said the government is committed "to finding common ground in this Parliament and to working with other parties."

"As we said on Friday, one of the immediate areas of focus when Parliament returns on Nov. 22 will be COVID-19 support benefits that many Canadians and businesses still rely on," Kennedy said. "We will work collaboratively with all parliamentarians on this issue. There is no reason Parliament can’t act quickly if parties work together to do the right thing."

Rodriguez's office also said all MPs should be fully vaccinated, unless they have a valid medical reason, before they "set foot on the floor of the House of Commons."

Julian said in his letter that because the Sept. 20 election returned a minority Liberal government like last time, "there is no justification for a more than two-month delay in recalling the House."

"In the midst of the ongoing COVID-19 crisis and the impacts of a fourth wave, this delay is even more indefensible. As you know full well, the Canada Recovery Benefit and other emergency benefits for individuals and for businesses will be expiring in the coming weeks, and legislative change is needed to extend these beyond November," his letter said.

The government has already extended COVID-19 benefits, including the Canada Recovery Benefit, for people who have lost income due to the pandemic.

This report by The Canadian Press was first published Oct. 18, 2021.

The National Observer MUST

The National Observer MUST delete comments like this!!! there is NO SPACE for anti-vaxxer rhetoric!!