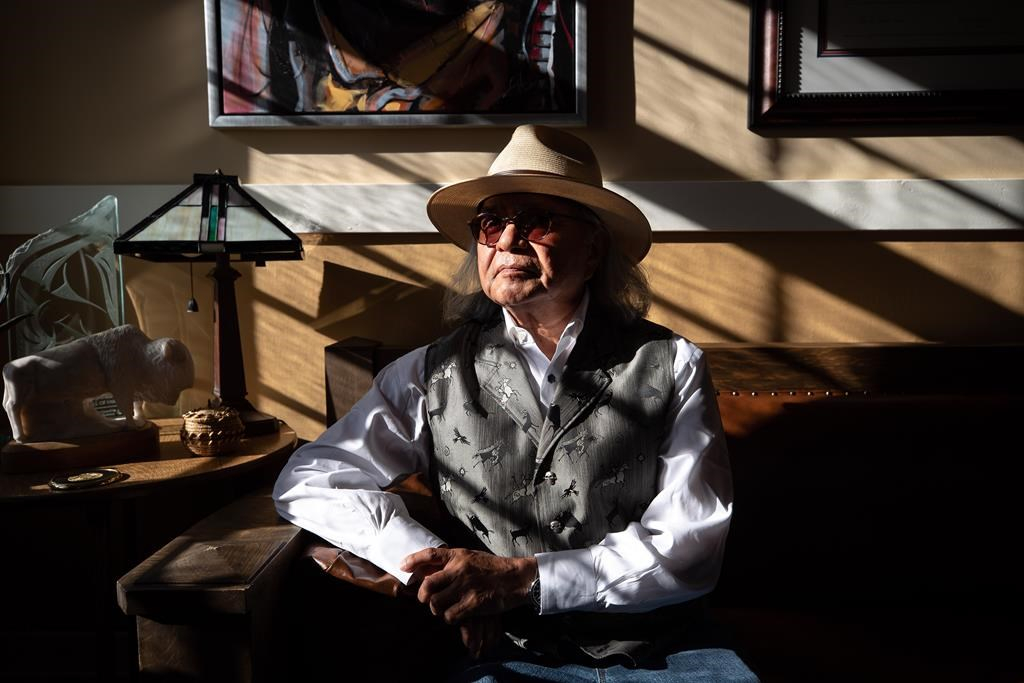 Senior members of a British Columbia First Nation have issued an open letter to Prime Minister Justin Trudeau that petitions him to formally commit to seven steps he could take to show he is serious about reconciliation.

The open letter from family heads of the Tk’emlúps te Secwepemc Nation comes a day after Trudeau visited their territory in Kamloops for the first time since more than 200 unmarked graves were found in May at the former Kamloops Indian Residential School.

In the letter published Tuesday in the Globe and Mail, the 13 family heads, including former Tk’emlúps chief Manny Jules, say they believe Trudeau wouldn't have visited "were it not for the grim reality of these unmarked graves."

They say they "want to believe the sincerity" of the prime minister's comments about the importance of reconciliation, but urge him to commit to "seven real acts" to add action to his words. Those include repatriating any remains of former students found on the grounds of the former institution in Kamloops, creating a permanent memorial at the site and building a healing and education centre.

"The families wanted to make sure the Canadian public knew exactly what we were presenting to the prime minister," Jules said in an interview Tuesday.

"That was the strategic reason, to reach the Canadian public and to be absolutely clear from the families' perspective that these are the issues we wanted to have resolved."

Tk’emlúps Chief Rosanne Casimir and members of her council knew about the letter before its publication, Jules said.

The Prime Minister's Office did not respond directly to the letter, providing instead a statement detailing Trudeau's visit to the Tk’emlúps te Secwepemc Nation on Monday and comments he made.

"We need families to be able to grieve, to heal; and to do that, we need to support them in every way we can," the statement from press secretary Alex Wellstead said of Trudeau's remarks. "We have put forward resources, millions of dollars, and will continue to work with every and any community to make sure they have the resources necessary to do what they need to do to identify, to recover, to grieve and to heal."

The letter from the Tk’emlúps family heads also calls for control over taxation, rights and resources across their territories, recognition of that control by the courts, and the lowering of the Canadian flag to half-mast every Sept. 30 "in memory of the lost cultures, languages, childhoods and lives taken by residential schools."

Trudeau apologized several times Monday for not attending events in Kamloops to mark Canada's first National Day for Truth and Reconciliation on Sept. 30. He was on vacation in Tofino.

Casimir told Trudeau on Monday that to truly honour the Sept. 30 date and the families whose children did not come home, flags should be flown at half-mast on that day.

The prime minister agreed, saying flags will always be lowered and a flag designed by the National Council for Truth and Reconciliation will be flown.

A similar petition seeking rights and title was presented by Tk'emlups ancestors to prime minister Wilfrid Laurier in 1910, the letter says.

That petition was not only rejected, "but the federal government supported the genocide of our people through the creation of residential schools, took away our voting rights, prevented our legal challenges relating to the title of our land, reduced the size of our reserves and formally removed our fiscal powers to ensure our sustainability," it says.

The letter says Canada will never achieve reconciliation "through words, apologies and mere signals of virtue," and adds that hard work lies ahead, pointing to a closing sentence in the petition to Laurier that they say remains true today.

"So long as what we consider justice is withheld from us, so long will dissatisfaction and unrest exist among us and we will continue to struggle to better ourselves."