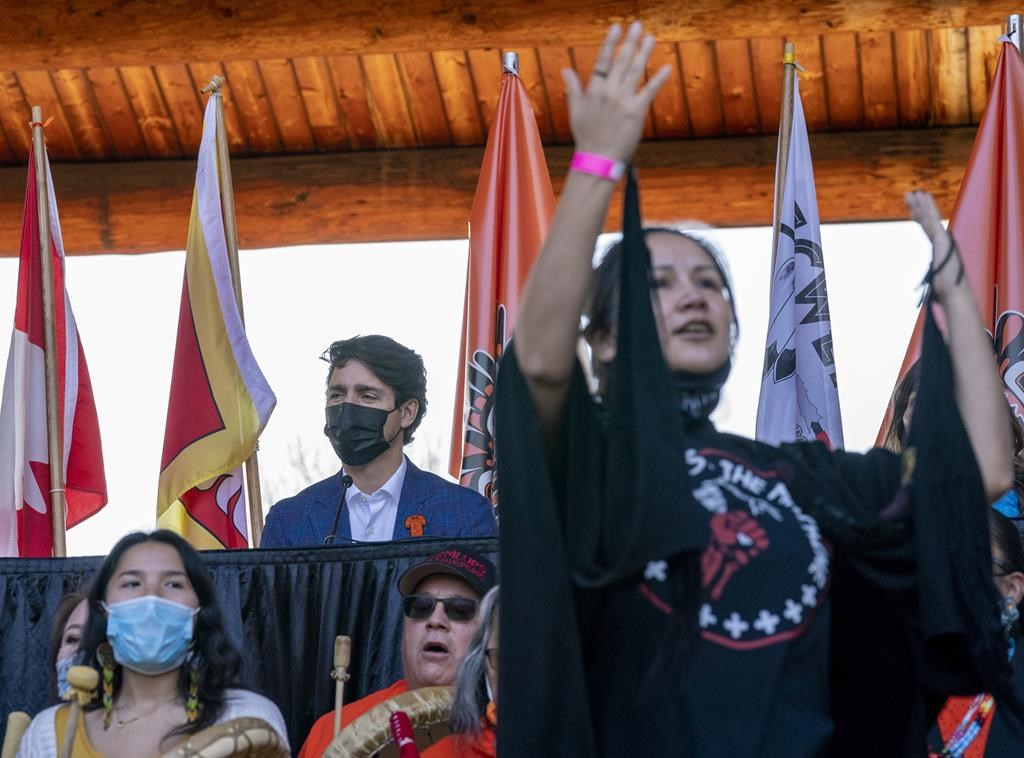 The National Centre for Truth and Reconciliation says it is still waiting for records from the federal government related to residential schools, despite a comment from Prime Minister Justin Trudeau that all federal records have been provided.

Trudeau told a gathering of Tk’emlúps te Secwepemc leaders, residential school survivors and their families in Kamloops, B.C., earlier this week that "all the records in possession of the federal government have already been turned over" to the centre in Winnipeg.

He said Ottawa would look for further records, such as those held by the Catholic Church, which operated most of the 140 institutions between 1831 and 1996.

In a written statement, the national centre says it's still waiting for the federal government to provide the final versions of school narratives and supporting documents used in the assessment process for compensation claims stemming from abuse at the institutions, including the Kamloops Indian Residential School.

The Prime Minister's Office did not immediately respond to a request for comment.

Monday's visit to Kamloops was Trudeau's first since the Tk’emlúps te Secwepemc Nation announced last spring that more than 200 unmarked graves had been located at the site of the former residential institution there.

The national centre says it is also missing records from Library and Archives Canada and provincial governments, "most of whom have not yet produced vital statistics, including death certificates for children lost at schools or coroners’ reports."

The centre says it's been negotiating with the government about access to records since the Truth and Reconciliation Commission was created in 2015, including records to be generated from the database used in the claims resolution process.

Since the announcement by the Tk’emlúps te Secwepemc Nation in May, numerous Indigenous nations have reported locating unmarked graves at former residential schools with the same ground-penetrating radar technology used in Kamloops.

The records that have yet to be provided by the federal government are crucial for research into missing children, the national centre says, adding that they are also needed to fully document the residential school system and its ongoing effects.

"If the prime minister is telling all Canadians and Indigenous Peoples that the (National Centre for Truth and Reconciliation) holds all records, it is time for that to be true," its statement says.