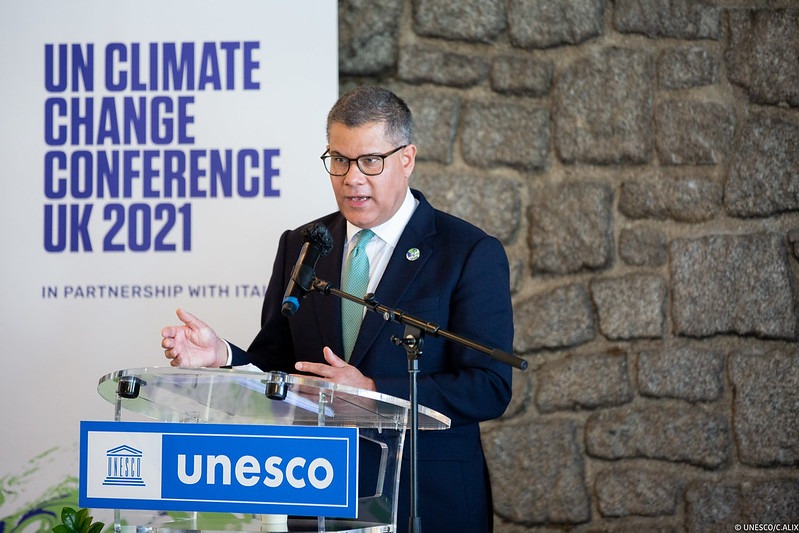 As COP26 releases a document saying the conference will be “inclusive” and “safe,” one-third of Pacific Island nations confirm they won’t be able to send delegates to the conference due to pandemic travel restrictions.

Concerns that there is no feasible way to hold an international climate conference that would be fair to all countries during a pandemic have dogged organizers for months.

In early September, a letter demanding the conference be postponed due to COVID-19 vaccine inequity and costly quarantine accommodation for countries on the U.K.’s “red list” was signed by 1,500 environmental groups. COP26 president and British Conservative MP Alok Sharma responded by saying the conference must go on in person, and that “ensuring that the voices of those most affected by climate change are heard is a priority for the COP26 presidency.”

Countries on the red list face unique hurdles, such as meeting more stringent visa requirements and having to quarantine upon arrival, even if vaccinated. Eddy Pérez of the Climate Action Network’s (CAN) Canadian chapter, said he has heard from some of those countries that they won’t be attending with their usual numbers.

“There are countries in Latin America, who were not able to get pulled out of the red list, who are seeing their delegations being reduced,” he said.

“So when we talk about an inclusive COP, I think that we are already seeing that that piece of the test – the U.K. is failing.”

CAN, which represents groups in 130 countries, led the initial call for postponement, and Pérez said the group hasn’t changed its tune. Although COP26 organizers say they have successfully delivered their vaccine program and will cover the cost of quarantine for delegates who need it, it’s unclear how many people actually received vaccines.

The COP26 media team did not respond to questions from Canada’s National Observer in time for publication about the specifics of its vaccine rollout.

Pérez also stresses that COP-26 providing vaccinations to some delegates doesn’t mean there aren’t other hurdles. Low-income countries must also deal with additional barriers: taking time off work to quarantine can be unfeasible, and flights can be thousands of dollars. Even getting a pass to COP26 is difficult due to gathering limits, and inevitable travel costs — especially for non-state attendees — make it nearly impossible for many to attend, he said.

The Guardian reported on Oct. 21 that 13 states from the Pacific will send a representative to the conference, while seven won’t. Instead, some may send delegates on their behalf from other countries, such as the United States. Islands in the Pacific are already seeing the devastating effects of climate change, with many of them being just a few metres above sea level. At past UN climate conferences, they’ve been instrumental in moving important legislation forward.

Despite #COP26 rolling out a vaccine and quarantine plan, other inequities hinder participation from low-income countries and those on the U.K.'s red list. #COVID19

However, many Pacific states such as the Cook Islands, have had little to no COVID-19 cases throughout the duration of the pandemic. That means some have strict quarantine rules for anyone arriving home from travel — which need to be paid for by the individual. Flight costs, and the very real risk of bringing back COVID-19, add to the list of barriers.

With many dubbing COP26 as the most important climate change conference to date, not having a third of Pacific Island leaders attend shows a huge gap in planning, said Pérez.

“It shows the limits of the vaccination program, it shows that the U.K. has not been able to respond to all the needs that are around convening and the logistics of COP26,” said Pérez.

“... It actually reinforces that we're going to a very difficult, restrictive COP. And we need to watch for how these disparities and inequalities are going to be reflected in the day-to-day of COP26 and expose them because there are real consequences in the decision-making process.”

Currently, the COP-specific travel rules mean that someone coming from a red-list country who is attending the conference and is vaccinated can isolate for a reduced period of five days, but unvaccinated attendees will still have to complete a 10-day quarantine.

Aside from travel restrictions, Pérez said COVID-19 measures once the conference actually begins could also hinder participation. He said restrictions limiting the number of people in the Blue Zone, where negotiations take place, are another way the pandemic will inevitably affect the equity of COP26. He said CAN will be keeping an eye on how negotiations are made accessible to anyone who wishes to follow.

“(The UK) is a rich nation that has put all its capacity into trying to host under current circumstances,” he said.