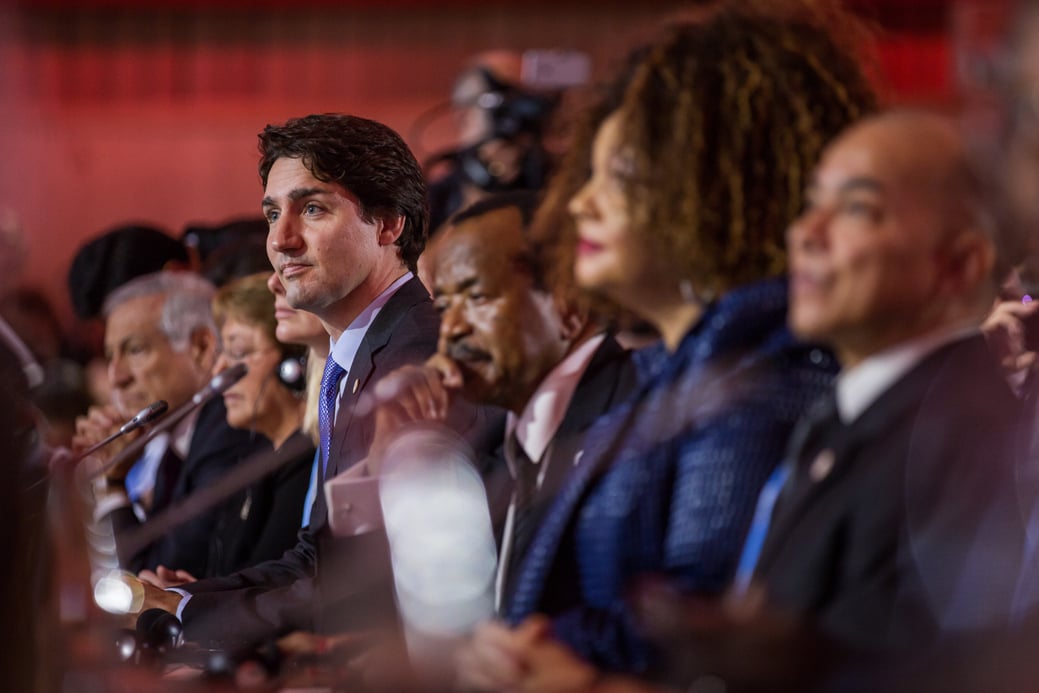 At the end of the month, Canada will join nearly 200 countries at the United Nations climate conference to set goals and make promises essential to reducing greenhouse gas emissions both worldwide and at home.

The climate change conference — also known as COP, short for Conference of the Parties — has brought the globe together since 1995. The talks gather policy-makers, scientists, environmental activists, climate experts, and news media from the 197 member countries of the United Nations Framework Convention on Climate Change to set and work towards global climate goals. This year, COP26 will take place at the Scottish Event Campus in Glasgow, Scotland, from Oct. 31 to Nov. 12.

For Canada — the only G7 country other than the U.S. where emissions have risen every year since the Paris Agreement — COP26 could nudge decision-makers towards making fathomable climate promises. Last month’s Intergovernmental Panel on Climate Change report put extra pressure on this year’s COP by reporting the world’s target of limiting global temperature rise to 1.5 C is slipping out of reach.

The UN has mapped out four main goals for the event:

Here’s how Canada can help the planet achieve those goals, and what needs to be done.

Goal 1: Keep 1.5 C of warming within reach and secure net-zero emissions by 2050

For Canada — the only G7 country other than the U.S. where emissions have risen every year since the Paris Agreement — #COP26 could nudge decision-makers towards making fathomable climate promises. Here's the breakdown of what that could look like.

The Canadian Net-Zero Emissions Accountability Act, also known as Bill C-12, was adopted in June. Setting greenhouse gas emissions-reduction targets every five years between 2030 and 2050, the law aims to guide the country to net-zero by 2050.

C-12 requires the federal government to create a new climate plan detailing policies to help Canada reach those emissions goals, and for the first time, requires them to detail where emissions reductions will come from and what year they’ll be reached, explains Catherine Abreu, executive director of the new environmental organization Destination Zero. Abreu is the former executive director of the Climate Action Network Canada (CANC), an organization representing over 130 Canadian climate NGOs.

Canada setting those targets is essential to the world reaching its goal, and more information on how that may happen could be detailed at COP26.

Another piece of the puzzle is Canada’s Paris Agreement target. Originally, the country committed to cut emissions 30 per cent below 2005 levels by 2030. Earlier this year, Prime Minister Justin Trudeau upped Canada’s commitment to 40 to 45 per cent below 2005 levels by 2030. However, Abreu says that's still not the 60 per cent cut CANC estimated was Canada's fair share as a wealthy nation.

“We have our work cut out for us.”

Goal 2: Preserve natural habitats by maintaining and restoring ecosystems, which includes preparing communities for the impacts of climate change

There are historic barriers in Indigenous participation and feedback at climate conferences, specifically in conversations around nature and land. Abreu says Canada has a responsibility to change that.

“That’s a shift that we need to start seeing in Canada, that’s indeed a big call that we're hearing from Indigenous communities, who are really concerned about nature being commodified in that way,” says Abreu, pointing to logging as an example.

Adapting to a changing climate reduces its impacts on communities, and nature-based adaptations like wetland restoration can help preserve biodiversity.

Since nature has a vital role to play in combating climate change — wetlands, forests, and oceans absorb and store carbon — money to support preservation is key, says Polanyi.

“There are definitely opportunities for Canada to press on. It seems like countries around the world are adopting the goal of protecting 30 per cent of nature, land, and water by 2030. I think that's something Canada has been a leader on and can push for,” he says, referencing the Liberals’ promise.

Another important point to address is the myth surrounding Canada’s forests being carbon sinks. Once able to remove huge amounts of CO2 from the air, the nation’s forests now emit more carbon than they absorb.

It’s not new — for the past 15 years, forests have contributed to emissions. The most recent records from 2016 show Canada’s forests put out around 78 megatonnes of emissions that year.

Forests are essential when talking about nature-based climate solutions, says Polanyi, who explains Canada has a reporting problem when it comes to carbon from forests.

“On one hand, (the federal government) takes credit for the carbon that's captured by intact forests. On the other hand, they don't count the emissions that occur due to wildfires in those same forests,” says Polanyi.

Canada contributing its fair share towards the promise of $100 billion in climate financing for developing countries is part of meeting this goal, as is acknowledging its historical failure as a wealthy nation in contributing to the climate crisis, says Abreu.

Rich countries that emit more need to pitch in to help less well-off countries, which are hardest hit by climate change, adapt to warmer temperatures and achieve their climate goals, she says, especially as Canada continues to miss carbon reduction targets.

“That means Canada needs to be dramatically escalating its climate-finance offerings,” she says.

Canada and Germany are co-leading the development of an international climate finance action plan ahead of COP26 to help less-wealthy countries deal with and fight climate change.

However, Eddy Pérez, the international climate diplomacy manager at CANC, says Canada’s fair share over five years should be more in the $9-billion range.

The action plan with Germany is a good step, says Pérez, as is Canada's commitment to double its financial pledge (a promise other countries, such as Italy, haven’t made). But it needs to be coupled with follow-through from Canada on delivering finance and encouraging other countries to do likewise once COP26 starts. He stresses the importance of reaching the $100-billion goal to the overall success of the conference.

“Because vulnerable countries are just fed up. There's a huge frustration at this moment on climate finance,” he says, adding the world “needs to get this sorted out by COP26, so Canada's responsibility beyond delivering on the pledge is also to make sure that they get others to put forward money, and that we close the $100-billion gap as soon as possible.”

Goal 4: Work together to finalize rules proposed during the Paris Agreement and collaborate to tackle the climate crisis

Article 6 of the Paris Agreement directly acknowledges the idea of a global carbon price, says Isabelle Turcotte, director of federal policy at Canadian-based think tank the Pembina Institute. Wrapping up this piece leftover from COP21, the 2015 climate conference where the Paris deal was first struck, will be an important milestone at this year’s climate conference.

Still to be fully negotiated, the article focuses on how countries will collaborate through Internationally Transferred Mitigation Outcomes (ITMOs), which Turcotte says are like a global carbon credit system. These credits would be exchanged on a voluntary basis by countries, with the hope that richer countries would purchase ITMOs from poorer countries unable to implement mitigation projects without this exchange.

Part of what makes discussion around ITMOs so tricky is how fossil fuels work into the system.

For example, the current system means that if a poorer country is burning coal for energy and wanted to import liquefied natural gas from a richer country as an alternative, they could, and would then be able to share the ITMOs with the exporting country.

Using fossil fuels to procure ITMOs would be much like a subsidy for the industry, which Turcotte explains doesn’t align with the Paris Agreement. The eligibility of what projects will work into the ITMO system is still on the table — that’s why outcomes from ITMOs will be key at COP26, she says.

Canada has a particular role to play in Article 6 because of the cap-and-trade system that Quebec and California share, which allows companies from both places to buy and sell carbon-emission credits on the other’s carbon market, explains Abreu.

“So, in order for Canada to count toward our domestic inventory the emissions reductions that Quebec is basically buying from California, we need Article 6 to be working,” she says.

“So that's why Canada has such a vested interest in those negotiations.”