ROM exhibit paints a picture of youth and the pandemic 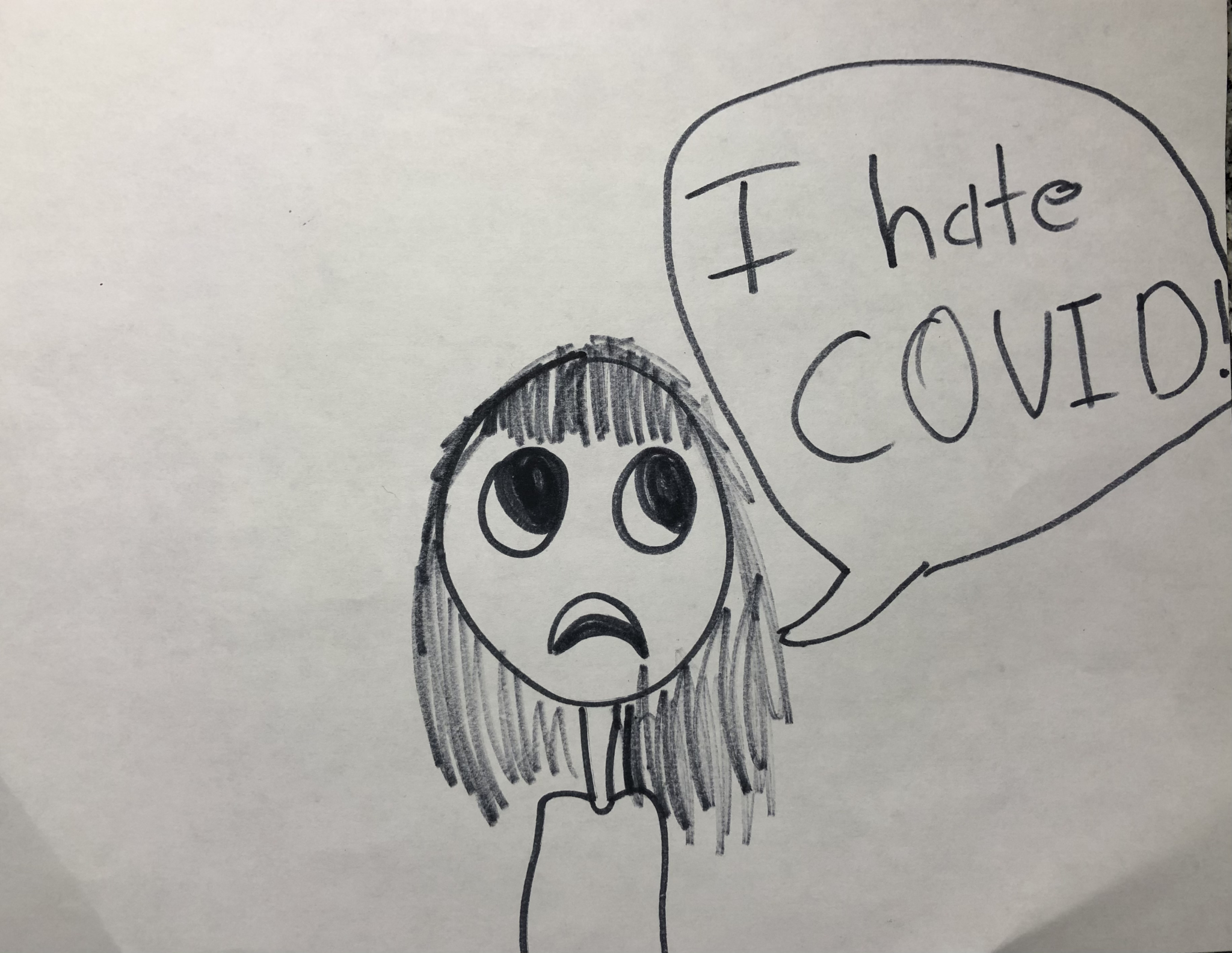 The Third Lockdown, one of the submissions featured in the Royal Ontario Museum's exhibition of youth pandemic art. By Juniper in Caledon, on loan to ROM
Previous story
Next story

The museum was starting from an idea rather than an object, the curator of its new exhibition of youth art about the COVID-19 pandemic said, so they didn’t know what they would get.

After putting the call for submissions out in May with a deadline at the start of July, Toronto’s Royal Ontario Museum got more than 2,000 young people aged four to 18 to send them art in a range of mediums riffing on the pandemic.

“We wanted to get their thoughts and use their words in the exhibit to give all of us a sense of what we've been going through because sometimes kids give you an unvarnished truth that is sometimes hard to get from adults on some of these issues,” said Justin Jennings, a senior curator at the ROM.

Opening this Saturday, My Pandemic Story: Youth Create Portraits of a Pandemic showcases 60 of those artworks and aims to illustrate the breadth of experiences of young people during these unusual times.

Jennings said struggle was a big theme, especially among teens who wrestled with isolation, despair, and, in some cases, self-harm who needed to be referred to experts on hand from SickKids and CAMH hospitals.

“There was a lot of that deep, raw emotion that I think a lot of us were experiencing ourselves and could imagine the children were facing,” he said, noting that about 40 per cent of submissions came from 12- to-15-year-olds who tended to have a more negative outlook than others.

“But what we were also getting, oftentimes from the younger ones ... was the theme of positivity,” he said. “A lot of people were either accentuating what they really loved about the pandemic; more time with their family, or going out for walks with their dog, or seeing a rainbow, and looking at those positive elements and really emphasizing, holding on to and celebrating those.”

He said that even for those dealing with struggle a ‘still I rise’ mentality permeated and many of the young artists spoke in their descriptions of the therapeutic benefits of going to those dark places in their work.

Jennings said social justice movements Black Lives Matter and Stop Asian Hate also got refracted through much of the art, as did gender identity.

The young people who contributed their artwork to a Royal Ontario Museum exhibition opening this weekend in Toronto expressed frustration and sadness about the COVID-19 pandemic through art, but also gratitude and resilience.

“A number of artists came out during the experience as transgender, and they talk about that in their art as something they thought of as being very pandemic-related as they had additional time to reflect and look at resources about who they were,” he said.