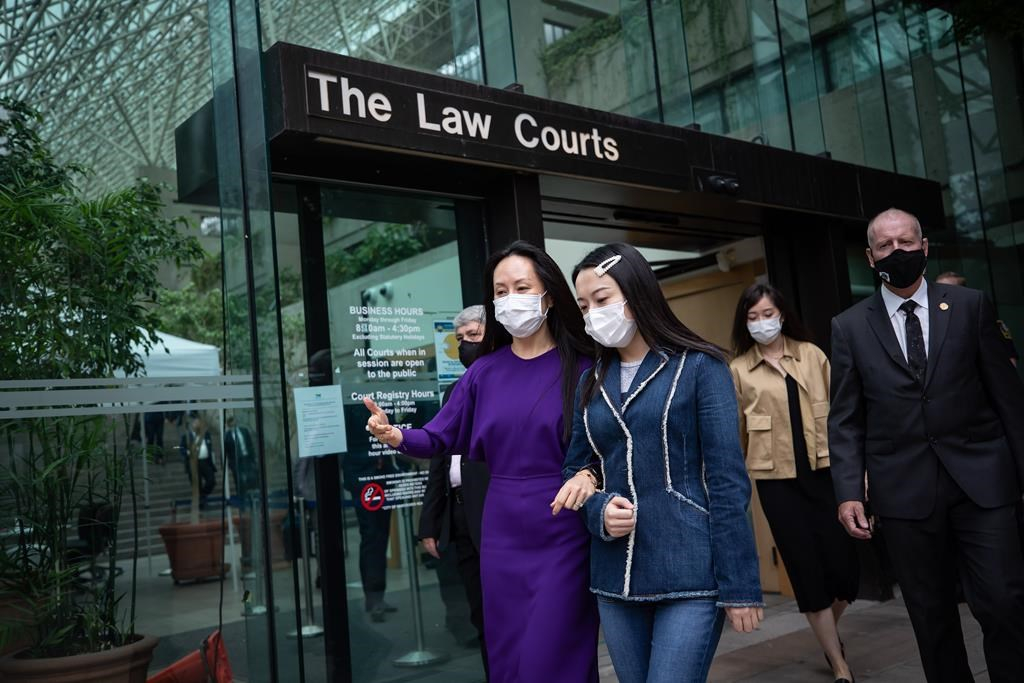 A British Columbia Supreme Court judge has ordered the return of items seized from Meng Wanzhou during the Huawei executive's arrest at Vancouver's airport over an extradition request from the United States.

An order dated Oct. 21 and signed by Associate Chief Justice Heather Holmes says items taken by the RCMP during her Dec. 1, 2018, arrest must be returned.

The court document released to media lists a MacBook laptop, an iPad, a USB stick, an iPhone, a Huawei phone, SIM cards and a Chinese passport.

The order also directs the RCMP to destroy a handwritten note containing the passcodes to Meng's phones as well as photos of the note and of her device's serial numbers.

U.S. authorities accused Meng of lying to HSBC about Huawei's control of a subsidiary, putting the bank at risk of violating American sanctions against Iran.

Meng pleaded not guilty in a U.S. court in September after reaching a deferred prosecution agreement, the extradition request was dropped and she returned to China immediately.

The court heard during the extradition hearing in Vancouver that the passcodes to Meng's phones were improperly shared with the RCMP by an agent with the Canada Border Services Agency, forming part of an argument by Meng's lawyers that she was subjected to an abuse of process and the extradition request should be thrown out.

Lawyers for Canada's attorney general disagreed, arguing there had been no misconduct in the extradition case that would have justified a stay of proceedings.

Holmes had reserved her decision over Meng's extradition in August, around a month before Meng struck the deal that would allow for the charges against her to be dismissed after Dec. 1, 2022, provided she complies with certain obligations.

Two Canadians detained in China shortly after Meng was arrested, Michael Kovrig and Michael Spavor, returned to Canada just as she was heading back to China.